I have the following function obtained from averaging 2d camera image over one axis, where detection of aligned objects is desired: 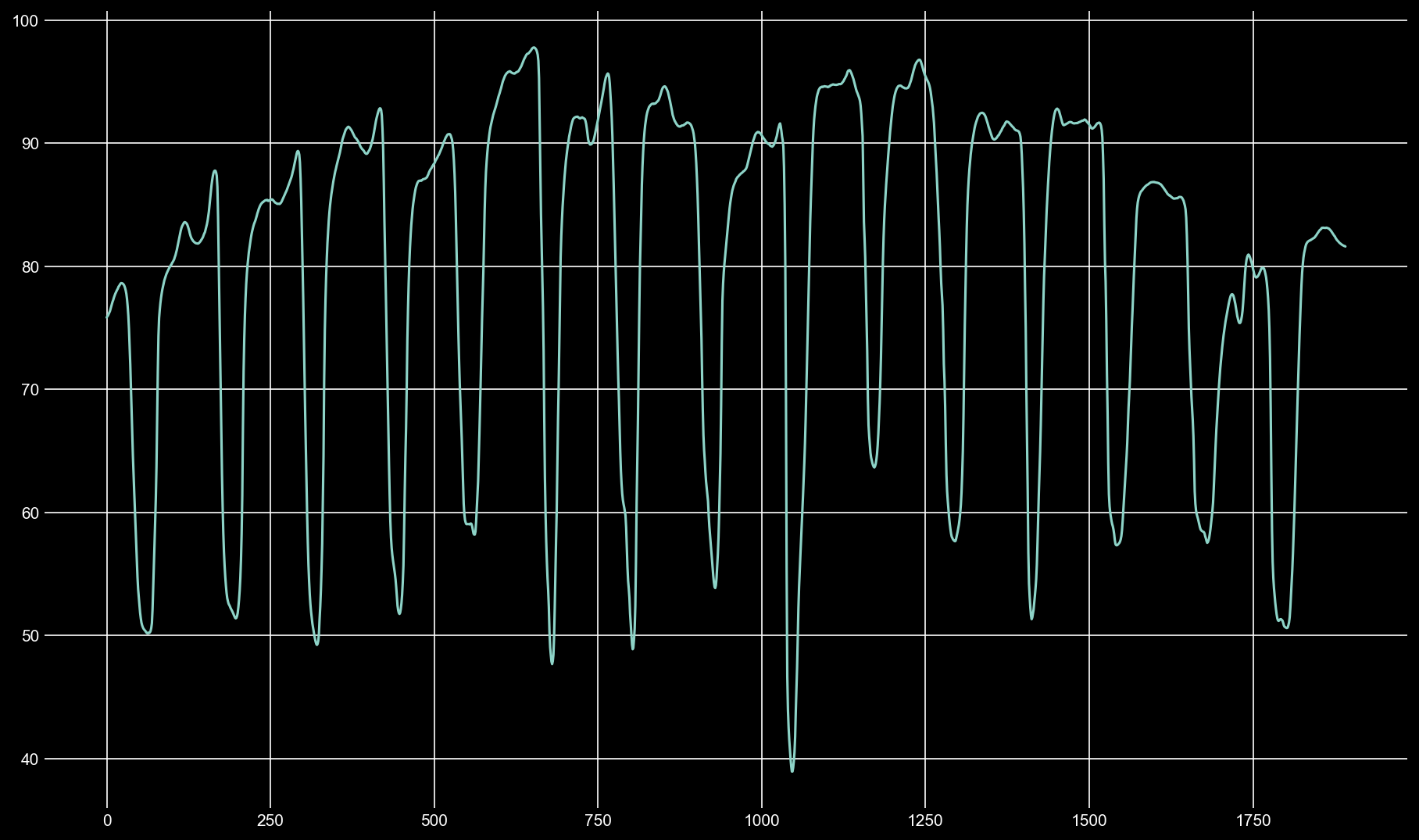 I need to detect (roughly speaking) locations and widths of the troughs -- sometimes and object will be missing, thus the trough will be much wider. The approach should have some resilience WRT possible lighting variations and other noise; this, and also a desire to use something new and useful) prevents me from going the naive way of thresholding and clustering or something similar.

I was looking at using wavelets: using ideal trough (Haar?) as the mother wavelet function, and the analysis would give its translation and scale at troughs in the signal.

I have no prior experience with wavelets. My background is numerics (variational analysis/FEM, particle systems programming), c++ and python, but I am quite new to signal processing (and its terminology).

What would be the most suitable thing to do? Suggestions, pointers to articles, books, or, best, code examples are much appreciated.

I finally used continuous wavelet transform (as implemented in scipy) where the result local maxima (in yellow) show both location (x-axis) and width (y-axis) of the trough. 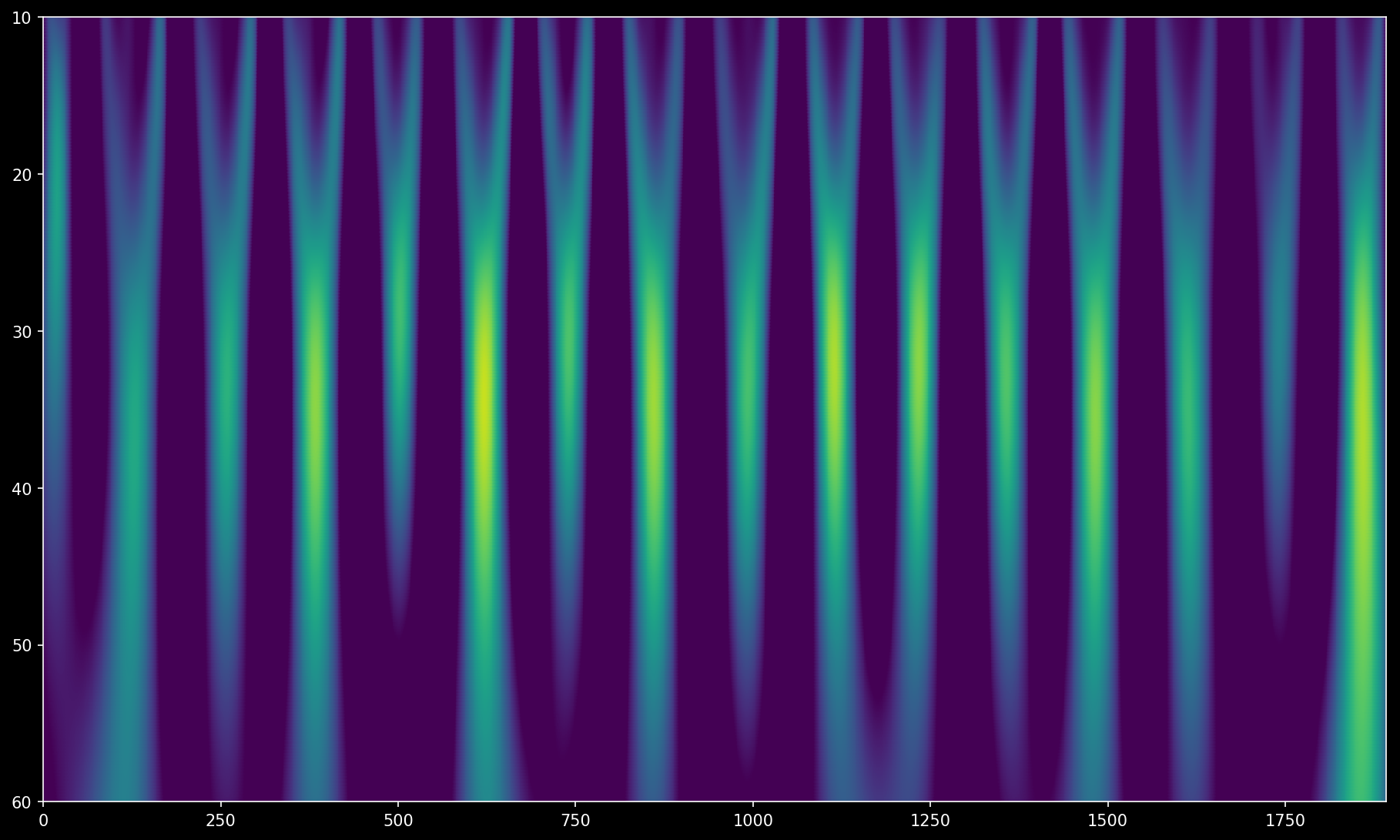 I have a solution for your problem other than wavelet transforms that could be worth trying. Here are the steps :

Not the answer you're looking for? Browse other questions tagged feature-extraction 1d or ask your own question.

9
Solving a Convolution Problem of a 1D Signal
2
Cross-correlation of time compressed 1D signal
1
How signal moments work?
1
Is there a program to extract features from an audio signal?
0
KLT for an ECG Signal
1
Why do we need multiple layers in each octave and multiple octaves in SIFT?
1
What is the purpose of dividing an audio signal into segments and analysis each segment?