Update: As @Fat32 points out in the comments, the units for sampling rate $F_s$ in the figure below is "samples/sec" (which is "Hz") in order for the normalized frequency to become radians/sample. 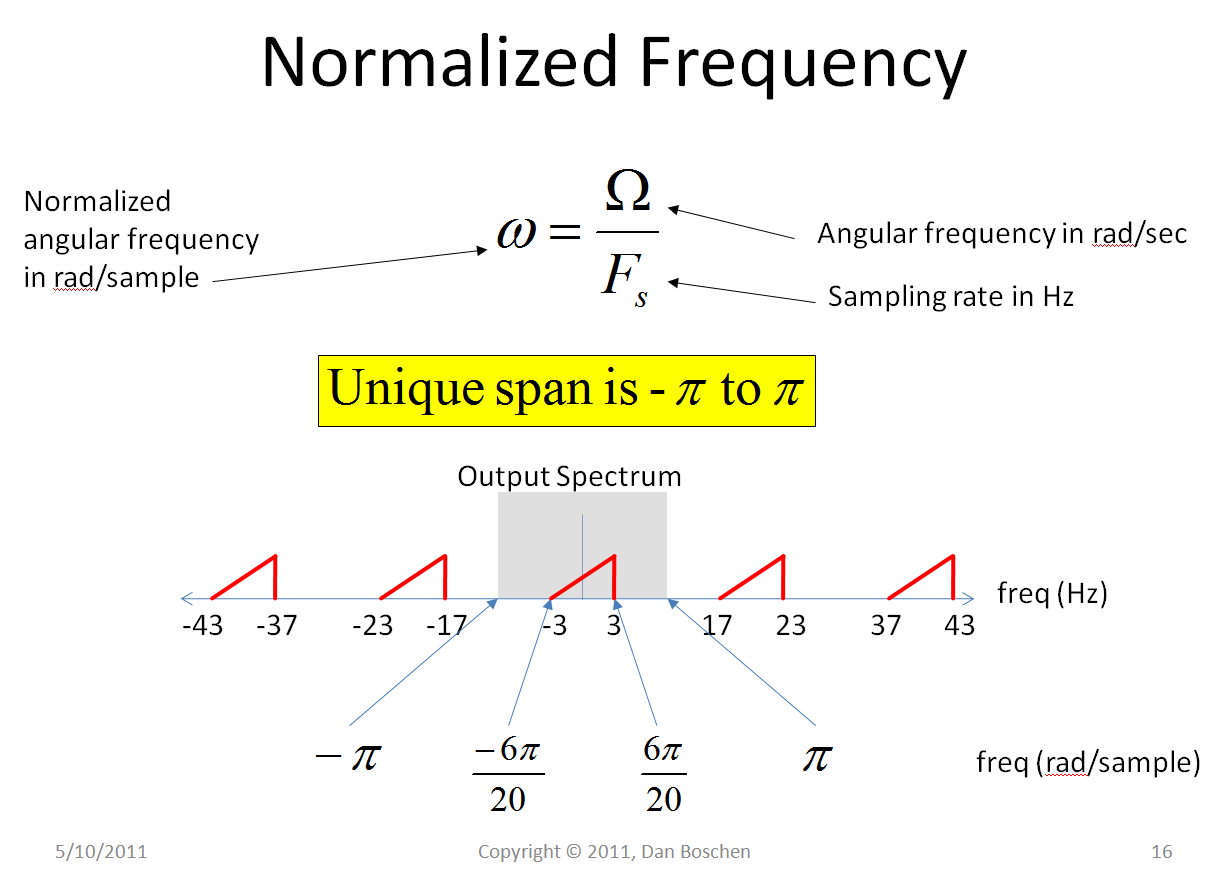 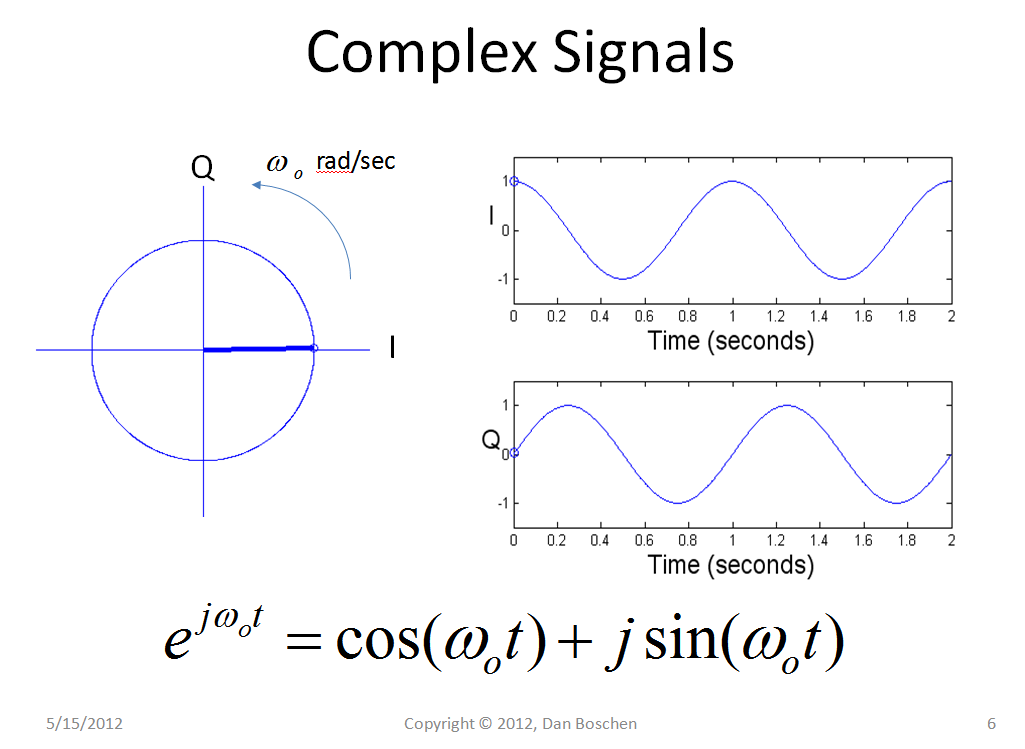 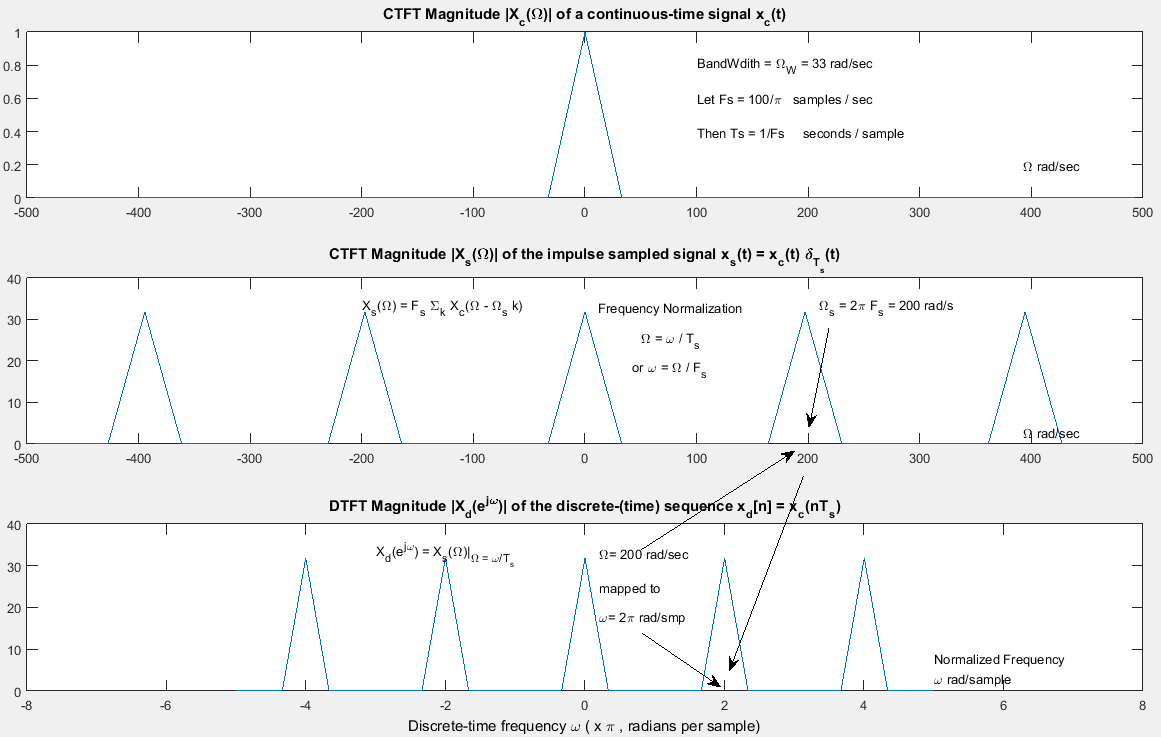 6
Periodicity property of DFT in time and frequency domain
15
When to use the DTFT vs the DFT (and their inverses) in analysis?
17
Discrete Fourier Transform: What is the DC Term really?
2
What is plotted against the DFT of a windowed sampled signal?
3
What is the physical significance of the Fourier coefficients in the DFT of audio signals and how can they be best displayed in a spectrogram?
3
Why is this DFT of a real symmetric signal resulting in complex valued coefficients?
0
Find highest frequency of a very manky signal