Magic of twiddle factor in DFT 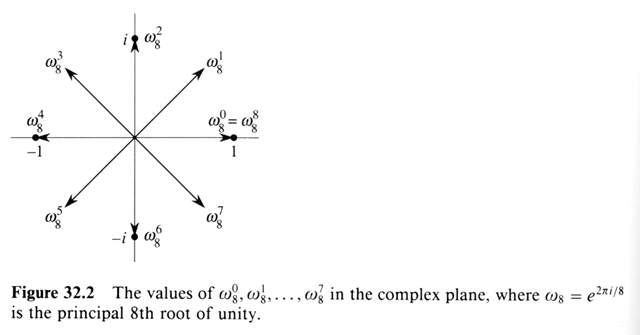 Please suggest what magic this twiddle factor does that when each twiddle factor is multiplied with samples & summation is done then we get the respective frequency bin? 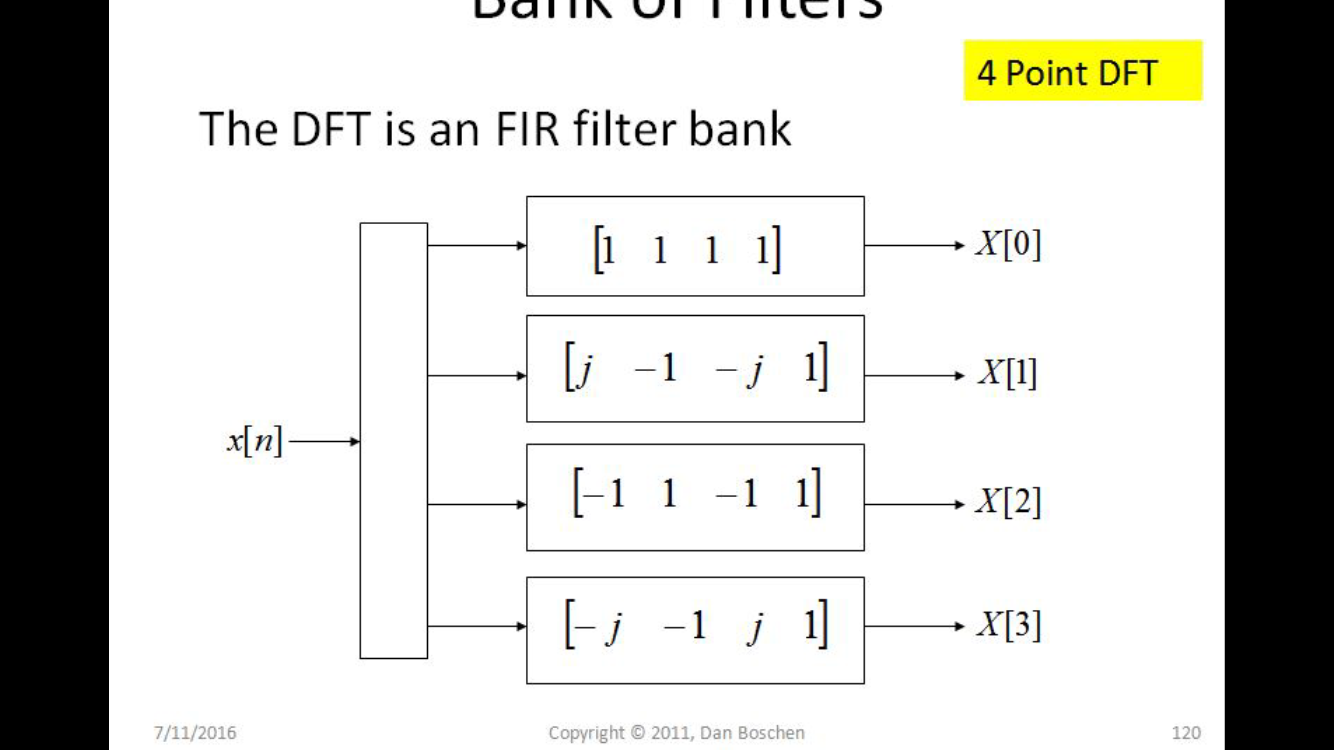 The DFT as a filter bank is much clearer if you consider the case of a "streaming DFT" where we shift through a much longer sequence and compute the DFT once after each shift. In this case every point of the DFT would be identical to the output of a FIR filter with the coefficients as given by the DFT row associates with that output.

The twiddle factors happen to be samples of the basis vectors of the orthogonal transform.

The "magic" is that each DFT basis vector creates a matched filter (one complex or two real matched filters) for an FFT result bin. The twiddle factors can also be thought of as the filter taps.

Not the answer you're looking for? Browse other questions tagged fft dft or ask your own question.

2
Filter odd or even harmonics with notch or inverse notch filter
1
FFT of any sinusoidal signal -- how many point fft to take?
1
Digital filter selection for sensor
1
Different way to separate a particular frequency from a signal

2
Power Spectral Density estimate (PSD)
3
Deriviation of the "Twiddle Sum" property
0
Ambiguity in the IFFT process in OFDM
0
Prove that, in DFT, Upsampling in time domain is equal to replication in frequency domain
0
Understanding the twiddle factors
0
The scaling of FFT magnitude and phase