i have just one question about Levinson, my question is: can we apply this method to determine the coefficients for FIR filter? if yes, please help me ! this is an example:

The difference between the two codes is in the filter.

In this section two methodologies are covered, spectral factorization and Durbin's method. Both of these methods have their own innate limitations, but can produce relatively good models for a given moving average process.

Revisiting the example from the Matlab "levinson" script-file posted in your original question, consider a moving average process generated using the coefficients,

The frequency response of this system is, 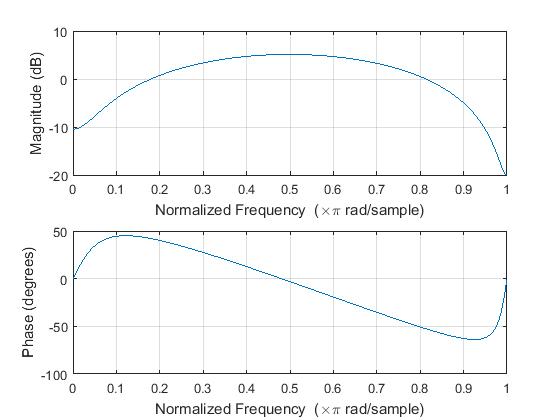 Using the Durbin method with an all-zero order of 2 and an all-pole order of 12 without gain scaling, the estimated all-zero coefficients are,

and the frequency response is, 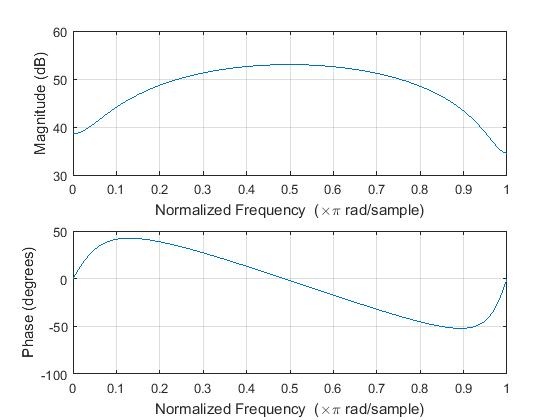 Using the Durbin method with the same orders, but with gain scaling, the all-zero coefficients are,

and the frequency response is, 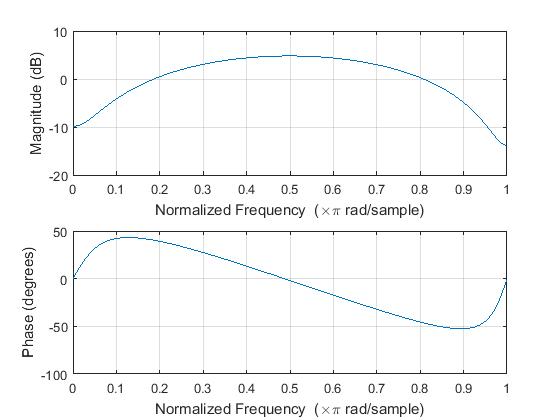 Finally, the frequency response of the model generated using the Matlab "armax" function is, 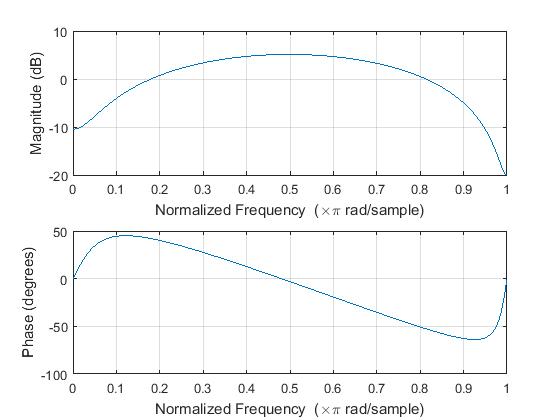 It has been about one month since you asked your question, so it is likely you've addressed it and are comfortable with the answer. Regardless, my reply is that the implementation of the Levinson-Durbin algorithm in Matlab (i.e. the "levinson" command) is coded to estimate only an autoregressive process. The comment section of the "levinson" script-file explicitly states it solves the Hermitian Toeplitz system of equations (see "levinson" script-file for a depiction of the set of equations), which are also known as the Yule-Walker AR equations, using the Levinson-Durbin recursion.

Having a look through the time-series model functions in Matlab, it appears there are methods of estimating a moving-average model. For example, the "armax" function can be used.

Using the example from the Matlab "levinson" script-file you originally posted, consider the following Matlab example,

The estimated model is,

The estimated model parameters are in good agreement with the values in the "b" vector.

There are a lot of subtleties in the area of time-series modelling and I am not well versed in the field, but I hope this helps.

Not the answer you're looking for? Browse other questions tagged matlab filters audio adaptive-filters autoregressive-model or ask your own question.