I am following the codes for rayleigh fading channel given in the webpage: http://www.raymaps.com/index.php/m-qam-bit-error-rate-in-rayleigh-fading/

I am confused and need help in clarifying some basic questions regarding how to simulate a Rayleigh fading channel with $L$ taps? This is not clearly mentioned.

Question 1: I have studied that a flat fading channel is one which has 1 tap. In the webpage, a flat fading is simulated by h=(1/sqrt(2))*(randn(N,1)+1i*randn(N,1)); where $N$ denotes the number of bits or the number of data points. So, there are $N$ taps and definitely this is not a 1 tap channel. Please correct me where wrong.

Question 2: Also, how to simulate a fading and flat fading with say $L = 5$ taps?

This is how I have done but I am not sure how to properly do such that there is inter-symbol-interference as well. If number of paths, $L$ through which the signal reaches the receiver with some delay among the different paths. If the delay spread is greater than the symbol duration then we get inter symbol interference. In the following code, I am not sure if inter-symbol-interference is there or not and if I am correclty applying the theory to simulate the fading channel.

Lets say we want to transmit a sequence of discrete data $\left\lbrace x[n] \right\rbrace$. But because we are living in analog world, the sequence must be modulated.

This is bandlimited-caused ISI, not what you are asking but the model is necessary to understand the second ISI type, multipath-propagation-caused ISI.

Another source of ISI is multipath phenomenon. The received signal can be written as

Now assume that the channel impulse reponse is invariant (a relaxed assumption could be that channel taps does not change during a coherence time, we call it underspread assumption), 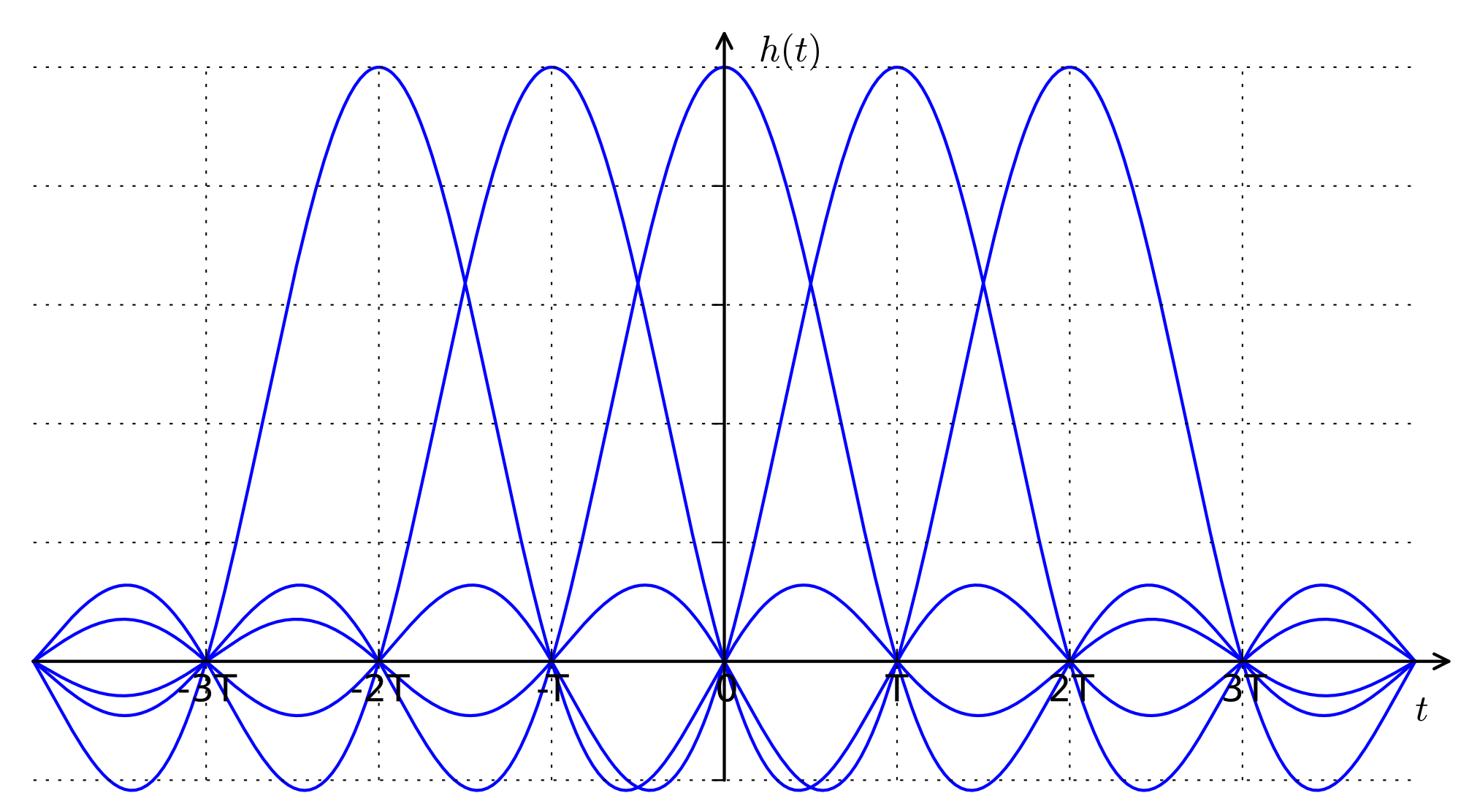 We can interpret as the channel tap $l$ is contributed by the physical path $i$ whose delay $\tau_i$ is around $t = l \times T_s$.

If $\forall \tau_i \ll T_s$, all physical path gains $a_i$ will contribute to only the channel tap $l=0$, we have flat fading, or single tap model.

What you are doing with matlab is playing with Equation (4) and you don't need to care about symbol duration and delay spread anymore.

Not the answer you're looking for? Browse other questions tagged matlab finite-impulse-response self-study fading-channel or ask your own question.