How can I find the transfer function from this Bode diagram?

I've been given this bode diagram : 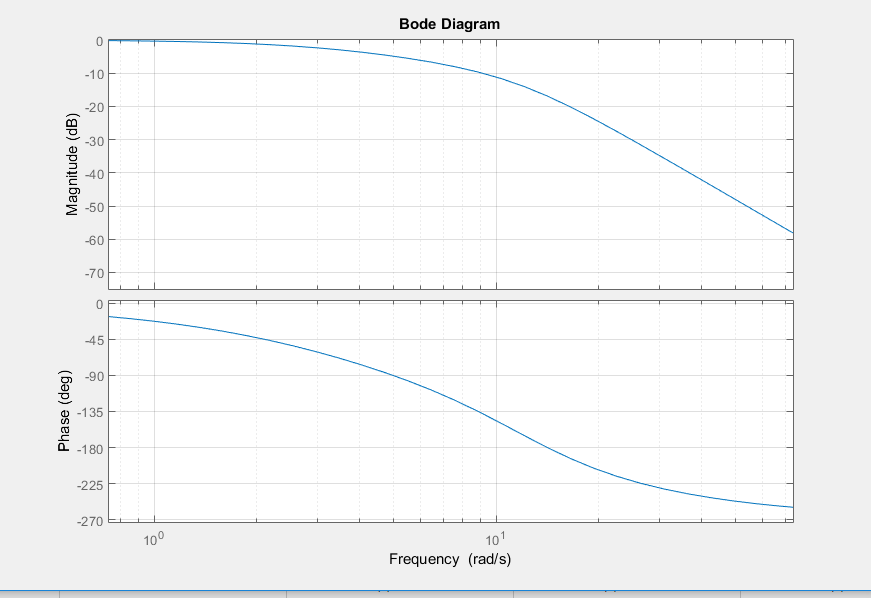 I've been asked to find the transfer function only by using the bode diagram. It's the first time I'm doing this so here's what I thought.

From the fact that the starting degrees are 0 we derive that we have no pole or zero that is at the origin.

Also, the final degrees are -270 and the dBs are decreasing so I must have 3 poles.Am I correct?
Also ,I know that I can look at the curve , the dBs per decade at any point to see how many poles or zeros are acting. I can't get a good estimation though.It seems like it's 10 dBs per decade until the frequency reaches 10 rad/sec while I know it has to be a factor of 20 dBs. 60 dBs per dec mean 3 poles/zeros,40 dBs per dec mean 2 etc.

How do I know where the poles are if I can't tell where the angle of the curve changes? Is it clear and I can't see it?

Browse other questions tagged transfer-function control-systems bode or ask your own question.