Correct color values on image taken with no infrared filter

I have a Raspberry Pi NoIR Camera. Which I want to take pictures with at daytime in a well lit room.

Unfortunately the colors on the pictures do not look anything like you would expect from a normal camera. I guess the reason is:

(NoIR = No Infrared.) This means that pictures you take by daylight will look decidedly curious, but it gives you the ability to see in the dark with infrared lighting.

This post states that you can only overcome this issue during daylight by using an additional infrared filter or by using a "normal" camera.

So the pictures seem to lack any green values, plus some of the black values appear red/purple. 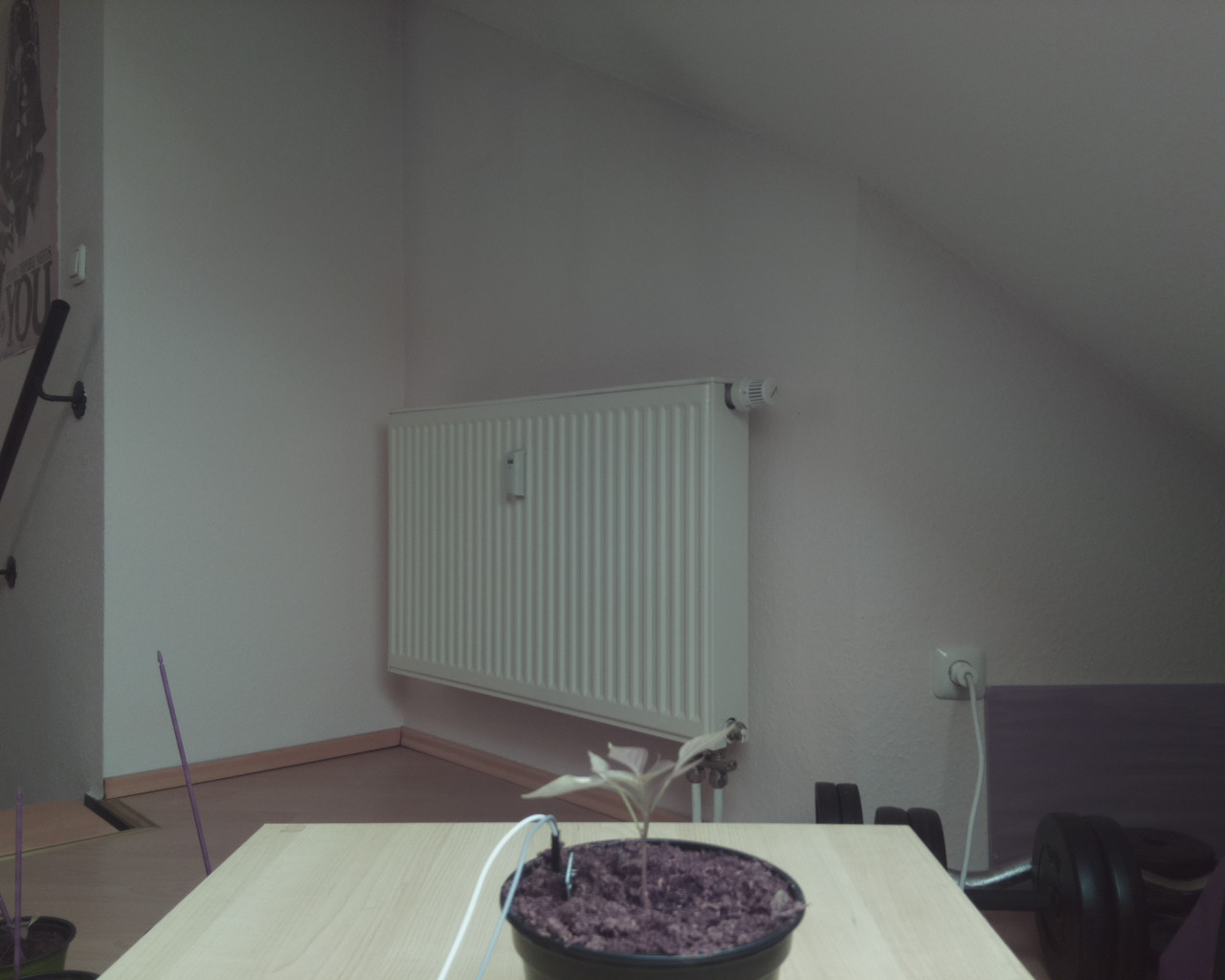 I could apply filters to the images programmatically or using gimp and I was wondering how would one tackle such a task? Could this be solved with some simple color correction algorithms? Is it even possible to revert this effect without using a additional "hardware"-infra red filter?

Unfortunately, no practically known signal processing method could provide what you wanted yet. Instead, you must use a hardware optical IR filter that would block the incoming IR waves, before they reach into your sensor.

An optical image is an array of intensity values captured by the sensor pixels which are illuminated by the incoming electromagnetic wave during the exposure time. During the capturing process, the static image sampling is performed on the 2D sensor surface, unlike an audio sampling which captures the time based variations of the incoming acoustic pressure wave.

Now the static-image sampling does not capture the time variations of the incoming electromagnetic wave. So those array of pixels represent only the spatial distribution of the illumination intensity $I(x,y)$ accross the sensor surface, over which an image was formed by a focusing lens system. Therefore, time-based property of light's wavelength is not represented in the samples, and cannot be processed later for modification.

Note that the camera system also samples the wave along temporal (time) dimension, the motion-picture; however it's typically about a few hundred frames per second at max. Given the required bandwidth of the visible spectrum; about $10^{14}$ Hz (visible light in [400-700] nm, plus IR spectrum to at least 1000 nm for near IR) this would require a sampling rate on the order of $10^{14}$ Hz. Such high data-rate is not practical for commercial applications of typical imaging devices.

So, for your Sony NoIR cam, the temporal-spectral information of the incoming electromagnetic wave is not captured, not represented by the image pixels, and therefore cannot be processes by any further means.

You should therefore physically place an IR blocking filter in front of the camera sensor, or the lens. Old GSM phones with built-in cameras, may incorporate an IR filter..?