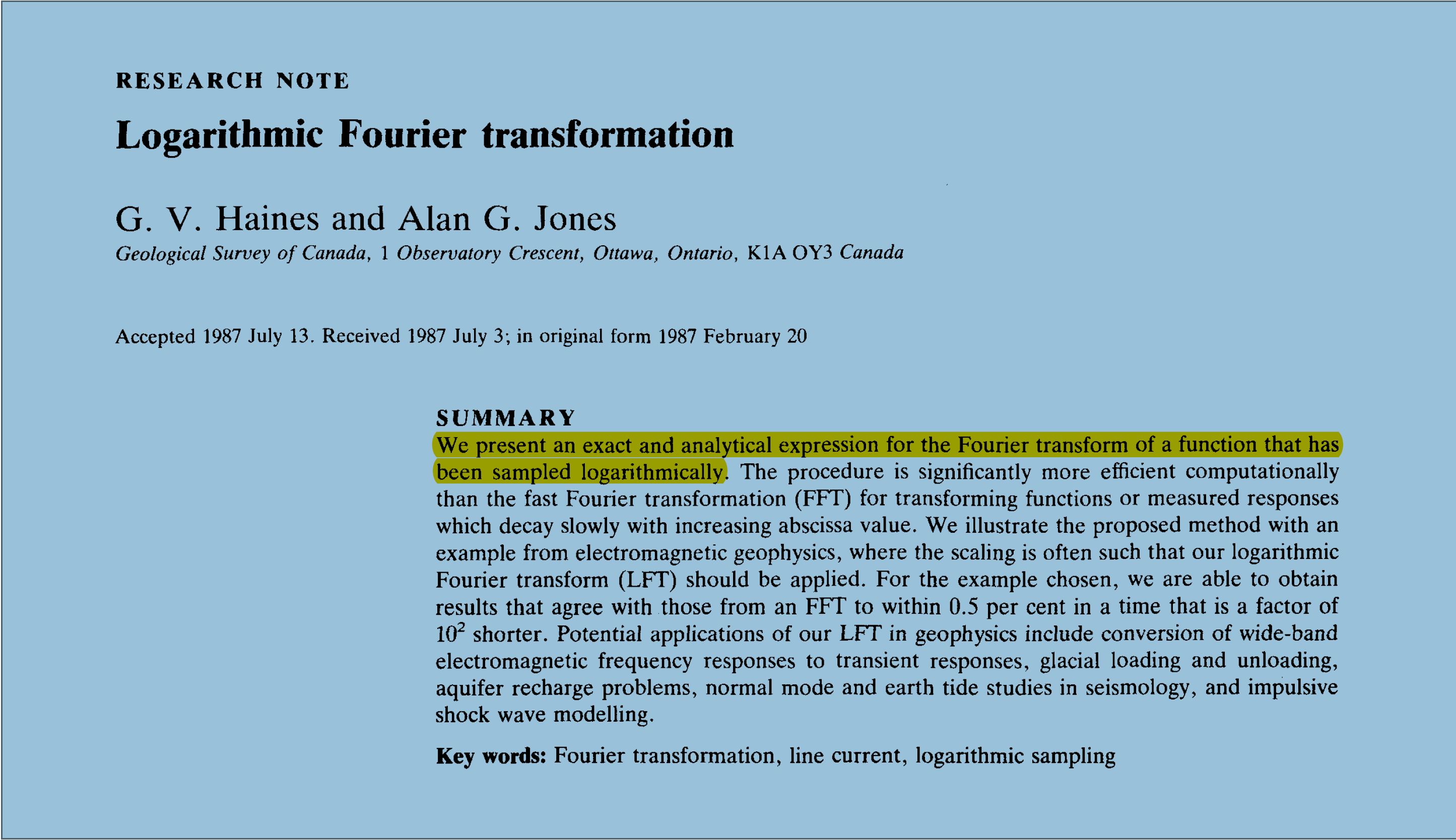 In the case of logarithmic sampling, the spacing increases exponentially with $k$. This is again illustrated in the figure below.

Logarithmic sampling makes sense in the case mentioned in the article you cite:

In many scientific problems it is necessary to compute the Fourier transform (FT) of a function or measured response that rises quickly then decays slowly with increasing abscissa (independent parameter) value (an 'inverse ramp'). In such cases, it is desirable to derive the function, or sample the response, with a small abscissa interval during the rise, but then increase the interval with increasing abscissa value.

In case you want to experiment with this, this is exactly the purpose of the Matlab function logspace or the equivalent numpy.logspace in Python.

Not the answer you're looking for? Browse other questions tagged audio sampling speech-processing or ask your own question.

9
Alias frequency Formula
9
Logarithmic fourier transform(LFT) on audio signal
0
What is the maximum frequency that can be captured by a given sampling rate?
1
Generating very short signals
2
Calculating the inverse filter for the (exponential) sine sweep Method
2
FFT radix-2 in audio - resolution issues - logarithmic scale - sample rate VS buffer size
0
How is a signal changed after sampling?
3
Definition of DSP Terms
0
Band-limited signal recovery with finite bit depth