What is a “square window function”?

A Cooley-Tukey FFT algorithm was implemented with a square windowing function and a 50% overlap of data segments to reduce spectral variance (Press et al., 1989).

A square window seems to be another name for a rectangular window. A rectangular window is the default window used to apply an FFT to a subset of a longer stream of data and without any additional scaling or weighting of any of the subset's samples.

[EDIT] I have just discovered the origin of the name 'boxcar', and cannot resist to the sharing:

Basically, they are the same. However, some subtleties follow.

You can check the source by yourself, in a more recent version of Numerical Recipes, chapter Power Spectrum Estimation Using the FFT, page 553:

Data Windowing The purpose of data windowing is to modify equation (13.4.7), which expresses the relation between the spectral estimate $P_k$ at a discrete frequency and the actual underlying continuous spectrum $P(f)$ at nearby frequencies. In general, the spectral power in one "bin" $k$ contains leakage from frequency components that are actually $s$ bins away, where $s$ is the independent variable in equation (13.4.7). There is, as we pointed out, quite substantial leakage even from moderately large values of $s$. When we select a run of $N$ sampled points for periodogram spectral estimation, we are in effect multiplying an infinite run of sampled data $c_j$ by a window function in time, one that is zero except during the total sampling time $N\Delta$, and is unity during that time. In other words, the data are windowed by a square window function.

As said by @hotpaw2, the adjectives boxcar, rectangular or square denote similar windows with zero-value everywhere, except at $N$ consecutive points (discrete), or inside an interval (continuous), where the value is a non-zero constant.

I think that the use of the terms rectangular or square may depend on the context. The square one may denote the template, in both time and frequency continuous domains, of the function having a unit-square shape, being equal to $1$ on the interval of unit-length $[-1/2,1/2]$, whose Fourier transform is the cardinal sine. With the linear/scaling property of the Fourier transform, you can deduce the Fourier transform of the other shapes easily.

I suspect that the name "square"may derive from the periodic version (both continuous or discrete time) that is used for Fourier series or the FFT. 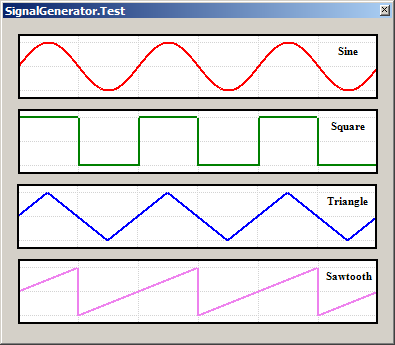 In the discrete time setting, the use might also depend on the exact value of the constant value ($1/N$, $1/\sqrt{N}$), resulting in different FFT normalization, without certainty on my side, just judging from observations.

Not the answer you're looking for? Browse other questions tagged fft window or ask your own question.

0
Why does the Hamming window attenuate the FFT?
0
Hamming Window LUT function
1
Why square-root of Hanning Window
1
How to design a lowpass filter using Hamming window and sinc function
0
DTFT of window function applied to input signal
5
Use of Tukey window and its effect on a graph
0
Energy using Hanning window
0
minimal signal window size (length)