Pulse Doppler Radar: how to filter its Range-Doppler matrix?

I want to simulate a Pulse Doppler Radar with medium pulse repetition frequency (PRF about $100\textrm{ kHz}$, about $500$ pulses in pulse train).

But there is a problem: when there are some targets nearby (about $10\textrm{ km}$) they give not just a peak that can exceed the discrimination threshold, but a cross-like figure (sidelobes in range dimension, end, especially, sidelobes in speed dimension). And if the target is close enough, freaky sidelobes still can exceed the threshold and be treated as target candidates.

Even if I use window function with heaviest sidelobe-cancelling effect (Blackman-Harris), the sidelobes became smaller bus weren't wided out completely (and still give me ghost targets).

I think that I missed some important step in Range-Doppler matrix processing. Maybe some additional filtering. Cannot you tell me, what shoud I do to get rid of the sidelobes? 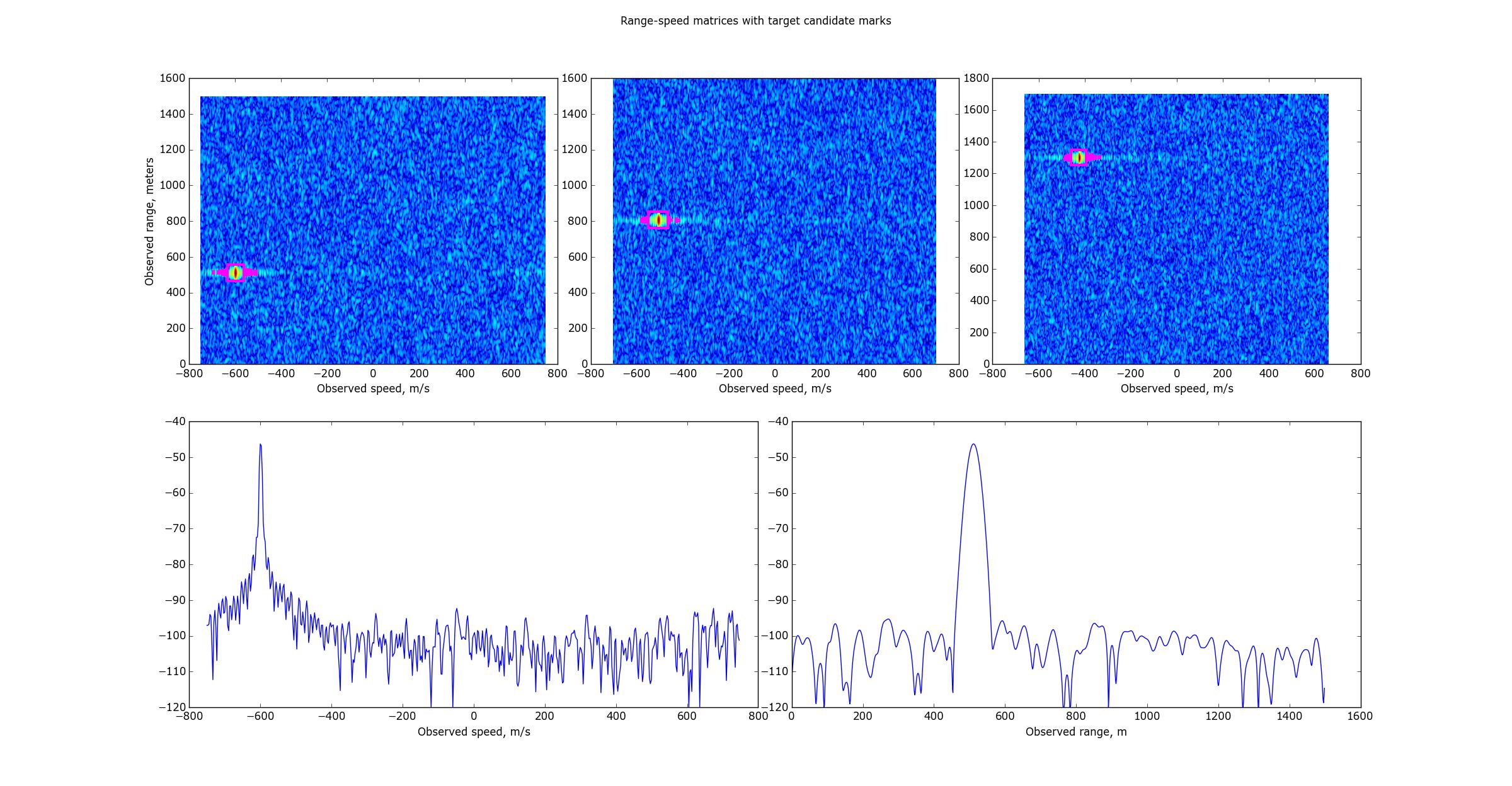 Here's some illustration: on the top row there are Range-Doppler matrices for different PRF ratios, and on the bottom row there is the range-speed matrix slice by speed (left) and range(right) in the target peak. The speed dimension annoyes me most = )

Two suggestions that may independently, or combined, help to solve your problem.

Not the answer you're looking for? Browse other questions tagged radar doppler or ask your own question.