If a filter has a non-linear phase lag will the output signal be distorted?

EDIT: From here (https://www.mathworks.com/help/signal/ref/butter.html) it appears that an Butterworth filter has a non-linear phase lag at the normalized frequency of 0.5 onwards. Does that mean that if the signal has multiple frequencies beyond 0.5, its output after passing through this filter will be distorted by these frequencies? 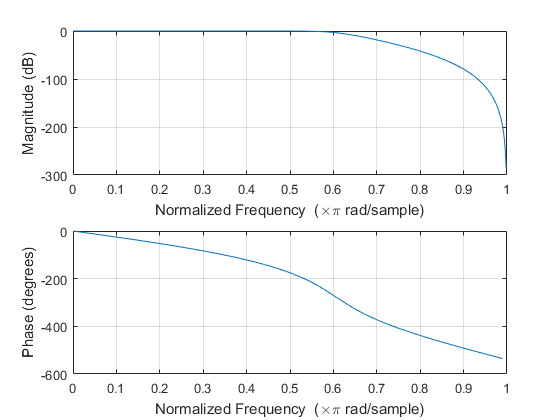 NOTE: To help clarify things, this question had been modified from the original one below.

A butterworth low pass filter would have a large phase lag for signals passing through at higher frequencies. [EDIT: The assumption is, for some filters to work, you'd have to do some kind of transform on the input (into the s domain), multiply that by the filter's s-domain transfer function (such as ones from here ece.uic.edu/~jmorisak/blpf.html), then to see the time-domain filtered output, the resulting output has to undergo an inverse transform.] I envision that this means that the output signal coming out of the filter, when converted back into time domain, would come out distorted due to this lag. [EDIT: The assumption is, phase lag is the same as a time delay between the input and the output, and if the input has more than one frequency component, the different components would be delayed differently, and end up being combined with another signal output at a later point in time.] Would there be similar distortions (i.e.: as if there were a phase lag) for an IIR time-domain digital filter?

I think your question comes from several misunderstandings. The fact that the phase lag of a system becomes more negative for large frequencies does not mean that there's more distortion of larger frequencies. Neither does it mean that high frequency signal components experience more delay when passing through the filter.

Imagine an ideal system that simply delays the input signal while keeping its amplitude unchanged. So for an input signal $x(t)=\sin(\omega t)$ the output signal is given by

where $\tau$ is the delay. The output signal $y(t)$ can be written as

where $\phi(\omega)=-\omega\tau$ is the phase response of the system. Note that the phase becomes more negative for larger frequencies, and this is exactly what is needed for a system that does not distort the input signal.

Not the answer you're looking for? Browse other questions tagged filters phase infinite-impulse-response distortion butterworth or ask your own question.

2
IIR filter that is causal and stable and has more phase lag at lower frequencies
0
How do I find the phase response of a filter from the filter equation?
1
linear phase notch filter matlab
1
Measuring group delay through a linear phase filter
1
Compensate delay of non-symmetric (non-linear phase) filter
0
How to quantify phase distortion of a filter specific to a signal?
5
Group Delay for Hilbert Transformer and Resulting Dispersion
6
Meaning of Phase response of a filter? In simple words?
1
How to practically correct for group delay imposed by a digital filter (Python)