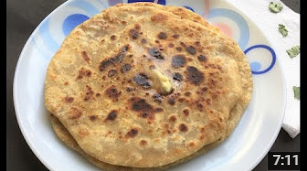 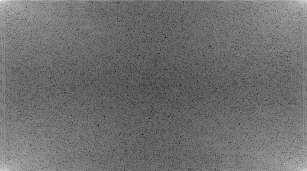 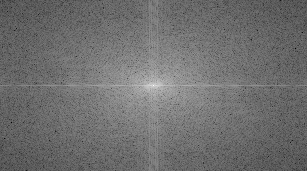 Seeing the the above two outputs, can you answer the following questions,

In 1D, the amplitude spectrum is easy to guess by looking at the first $n+1$ coefficients' moduli only. A spectrum draws a 1D line, and it is represented on a two-dimensional surface. But imagine what would happen if I drew a spectrum as a 1-pixel bar with a varying intensity, from white for high coefficients amplitude to black for low values. It would be more more difficult to read.

[I'll add a graph for that later ]

2D FFT implemented in a separable fashion (row-wise then column-wise) reproduce this symmetry in both dimensions. Each line or column of the 2D spectrum is like the 1D bar described above. Since image generally have a lo of low-pass content, you end up with somehow bright components on the borders, quite difficult to see. Additionally, the periodic effect inherent to FFT add some clutter (often displaying as a cross when the spectrum is centered). You can correct this with a 2D windowing, or instance.

The human eye needs a better arrangement of patterns to distinguish information. Hence, the centering around the DC or 0-frequency component, sometimes used in 1D, is used very often in 2D.

On default, when using MATLAB's fft() the result is on the range $ \left[ 0, 2 \pi \right] $, namely the Low Frequencies are at the beginning of the output vector.
Using fftshift() the DFT is shifted to match $ \left[ -\pi, \pi \right] $ support which means the DC Frequency is centered.

3
Understanding FFT of an Image
18
Why does spectral leakage arise in an FFT?
9
baffled by fft phase spectrum!
1
Obtaining power spectrum from ACF, FFT using Matlab and FFTW
1
How do I obtain the frequencies of each value in a 2D FFT and what do they mean?
0
Sobel filter weird output
0
Properly interpreting FFT output
2
FFT - second and further divides and conquers - need help