In "adaptive filter theory" and "advance signal processing and Noise reduction" they have directly come up with the term gain without stating how they got it. 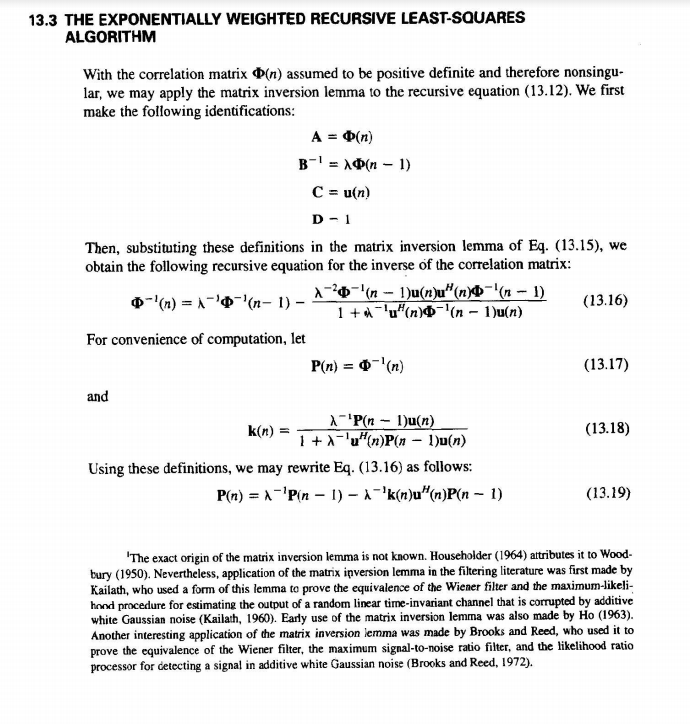 Same in advance signal processing equation 7.74 to 7.76. I have shared the derivation from both the books. 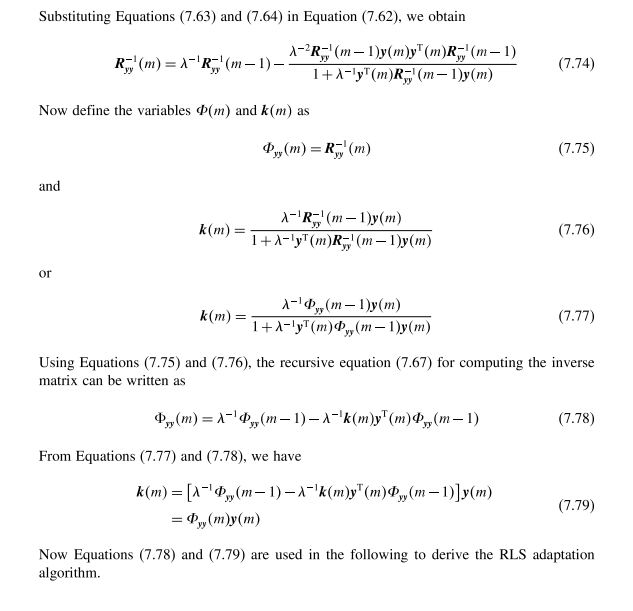 In negative feedback control system,the Transfer function is g(s)/(1+g(s)h(s)).Is it any how related to this.

In all adaptive signal processing schemes, be it a Least Mean Squares (LMS), Recursive Least Squares (RLS) or a Kalman Filter, The fundamental concept is the update of some parameter: such as the vector filter coefficients of a Transversal Tapped Delay Line (an FIR indeed) structure of LMS or a state of a dynamical system as in the Kalman filter.

The generic structure of the update mechanisms resembles the following:

in which the thing called parameter is updated from its previous value at index n to its current value at (n+1), based on a correction term that is some meaningful function of error (denoted by errorfunction(n)) and weighted by a specific multiplier K(n) commonly referred to as the GAIN.

As you can see, the gain multiplier, determines the amount of correction that will be applied to the current value of the parameter so as to update it to its next value. That's why its called as the gain. The larger the gain K(n) the more correction there will be hence more responsive will the filter be untill it becomes unstable due to too much gain etc... The gain K(n) shall be made variable based on the convergence properties of the filter.

The specific form and derivation of an optimal gain term is completely dependent on the filter structure and the necessary mathematical manipulations of the signals inside the processing blocks, so as to get the required update equations...

They're just grouping together terms into something that they can reference. They are simply defining what $\mathbf{k}(n)$ is.

Not the answer you're looking for? Browse other questions tagged adaptive-filters adaptive-algorithms or ask your own question.

0
LMS Algorithm: How to Define the Desired Signal
0
How many samples per cycle(time period) is actually enough to reproduce the sine wave sound properly?
1
How do I quantify the amount of information being lost by filtering a digital signal?
4
Why does block LMS have the same performance as LMS?
0
Adaptive filter to scale and phase shift two sensors output
0
Why is the error between the desired signal and estimated signal in the case of LMS filter remaining constant even after n number of iterations
0
How to design a filter that can filter out noise accurately, after setting the parameters of the filter using standard signal?
3
How to derive the “well-known” solution to Unconstrained Array Gain?