Why Fourier series and transform of a square wave are different?

Here is a square-wave presented by Fourier series perspective: 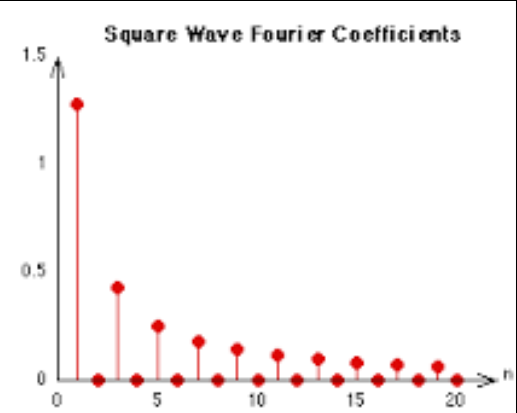 Above coefficients shows that a square-wave is composed of only its odd harmonics.

But here below a square-wave is presented by Fourier transform perspective: 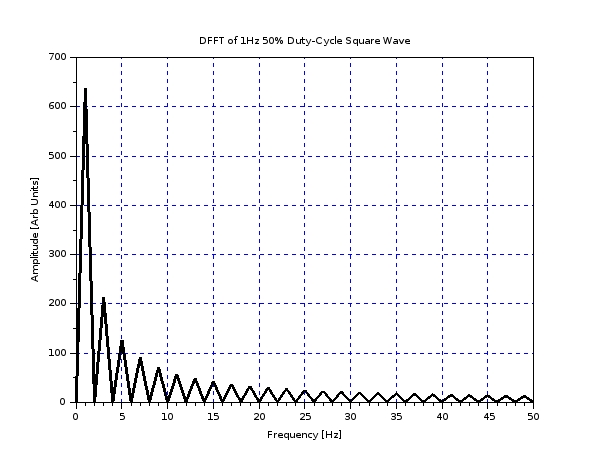 Above plot shows that a square-wave is composed of all frequencies not only harmonics, plot is continuous.

When I look at the FFT of a square-wave it looks like the Fourier transform which is continuous.

Series and transform gives different interpretation of a square wave. Why is that?

The Fourier series expansion of a square wave is indeed the sum of sines with odd-integer multiplies of the fundamental frequency. So, responding to your comment, a 1 kHz square wave doest not include a component at 999 Hz, but only odd harmonics of 1 kHz. 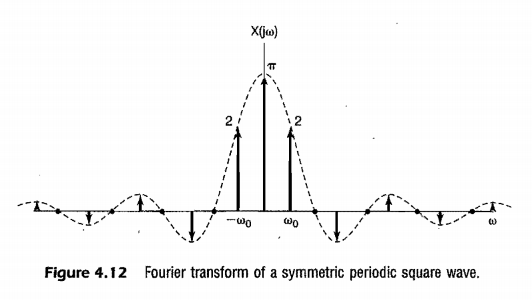 The actual Fourier transform are only the impulses. The dotted-line is a sinc function that doesn't apply to this question, but gives the notion that this transform has something to do with the transform of a square pulse (i.e. a not periodic signal), which happens to be a sinc.

To put it mathematically:

2
If a square wave is a sum of odd harmonic impulses, why is it continuous in the frequency domain?

1
Why does this Fourier series give lower amplitude for max value of signal?
0
Relation between a Fourier series harmonic component and its power
1
Why are wavelet transforms (Multi Resolution Analysis) used more in practice for compression rather than Fourier series?
0
How can $a_n$ for the trigonometric Fourier series be $0$ for a non-odd square signal?
0
Correct form of discrete-time Fourier series representation
1
Complex exp. Fourier series, finding $x(t)$ when $X(j\omega)$ is given as magnitude and phase plot
1
DFT and perfect reconstruction of a square wave on a digital computer
2
If a square wave is a sum of odd harmonic impulses, why is it continuous in the frequency domain?
1
How to interpret the Fourier Transform 𝑋(𝜔) (Foundational Questions)
0
What is the reason of existence of Fourier transform? (Why we use Fourier transform?)