Optical realization of the Radon Transform

I am trying to reproduce this paper concerning the Optical realization of the Radon Transform, especially the simulation (section 3). Shortly, the experiment is just a "Fourier filtering" with a 4F system.

I tried this and it doesn't give the correct output. I think this is due to the fact that the output should be a circle representing the Radon transform in cartesian coordinates, meaning a polar symmetric element and the optical element obviously isn't, at least in the standard definition of polar coordinates (centered at 0).

Then I tried to change the optical element with respect to the argument mentioned above:

getting rid of the $\theta$ in the exponential so my element is now perfectly symmetric (as in Fig. 5 of the paper). The result: 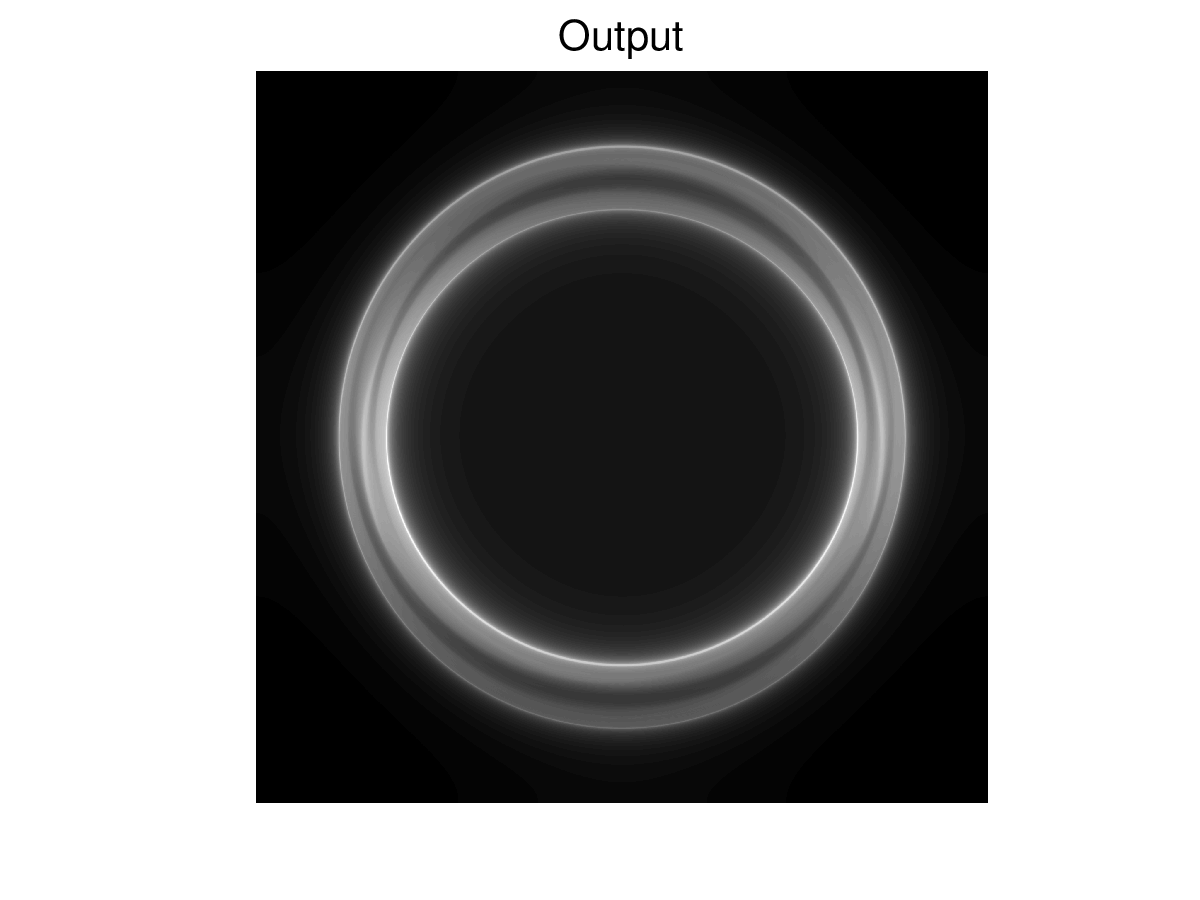 It represents the Radon transform in cartesian coordinates of a Shepp-Logan phantom (240x240 pixels). $\beta$ controls the radius of the circle and is tuned to match the mathematical representation (reference). In image it looks like this: 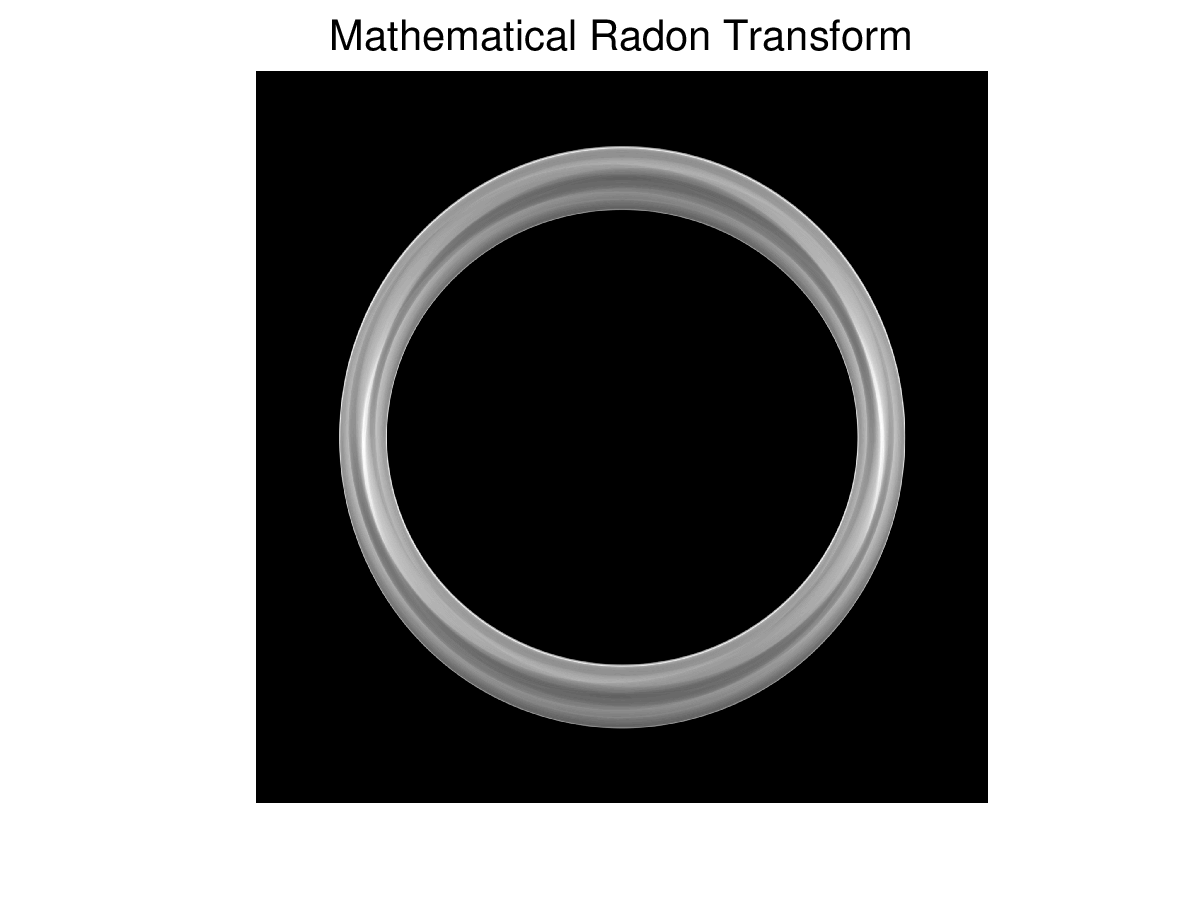 As you see, the image is reconstructed but there's a problem concerning the amplitude. I do believe the problem can come from 2 parameters.

First, I should maybe use $\theta$ somewhere, but when I generate it using atan2 it doesn't give the correct result.

Second, change the way I define $r=\sqrt{x^2+y^2}$ in order to match the definition of polar representation used for the usual Radon transform (r being the diagonal of the picture taking information twice and centering it).

I actually ran into this same paper and had the same problem.

The paper linked below does a good job addressing the issue. Starting on page 13 the discuss the issue with this optical element.

Not the answer you're looking for? Browse other questions tagged image-processing filters fourier-transform image or ask your own question.