I have a bloch simulation that I have implemented in Python. The implementation is very simple as:

Now, during the excitation, the effective field is given by: So, the pseudocode is:

Assuming, that the RF excitation is on-resomance i.e. $\omega_{\rm eff} = 0$, I track the evolution of the magnetization of the spin across time and it works and after relaxing for T1 seconds, we have this curve: 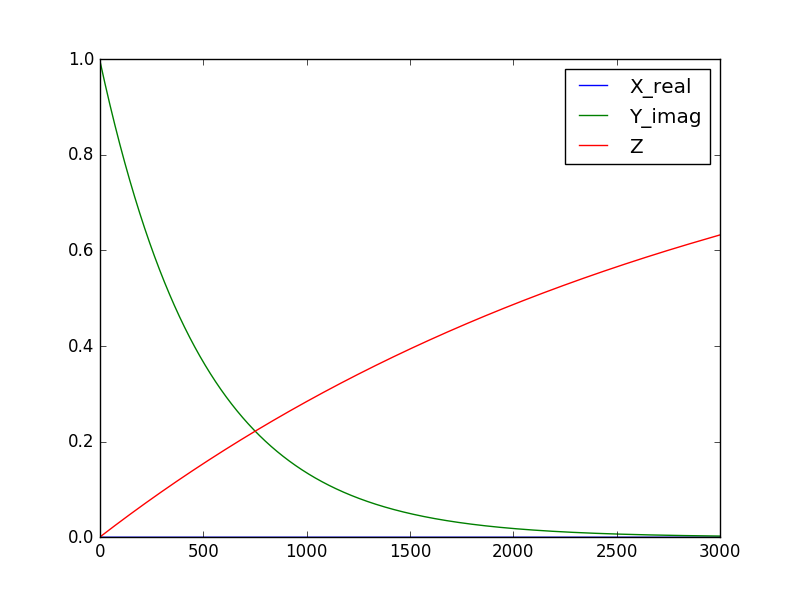 Now, I wanted to simulate a readout gradient which is applied just after the RF pulse. Now, the $X$ and $Y$ values for the effective magnetization is 0 as the RF pulse is turned off. The $Z$ component of the effective field at every time step is given by the product of gradient amplitude and the position. So,

Now, when I use the same equation to solve this, I get nonsensical results, which is shown by the curve below: 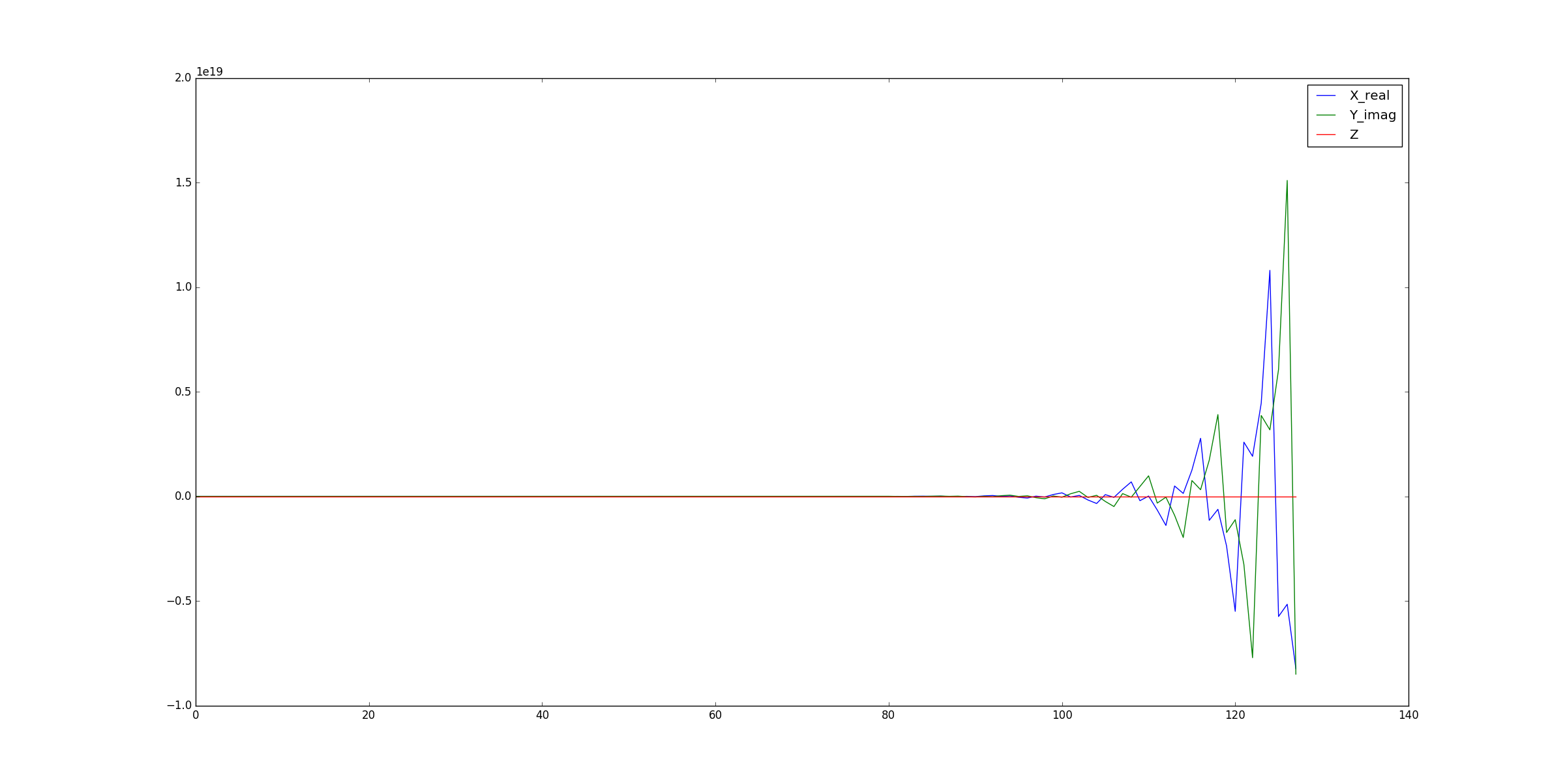 As you can see, the numbers are off the charts and I was expecting an echo at the end. The gradient is a simple trapezoidal gradient and I have checked the units and it all makes sense. I was wondering if my expression for the effective field in the presence of the gradient is correct? I have seen these being represented as rotation matrices as well and I wonder if there is something like that I might have missed.

As per suggestion from M529, I did the following experiments:

Now I call the method with the different flip angles (from 0-1200) and note the vector length and it does not maintain the length at larger flip angles. So, perhaps there is a numeric issue. I increased the RF bandwidth for computation reasons. Here is the graph of the magnetization at different flips. It is a weird non-linear effect. It first goes down and then climbs back up uncontrollably. 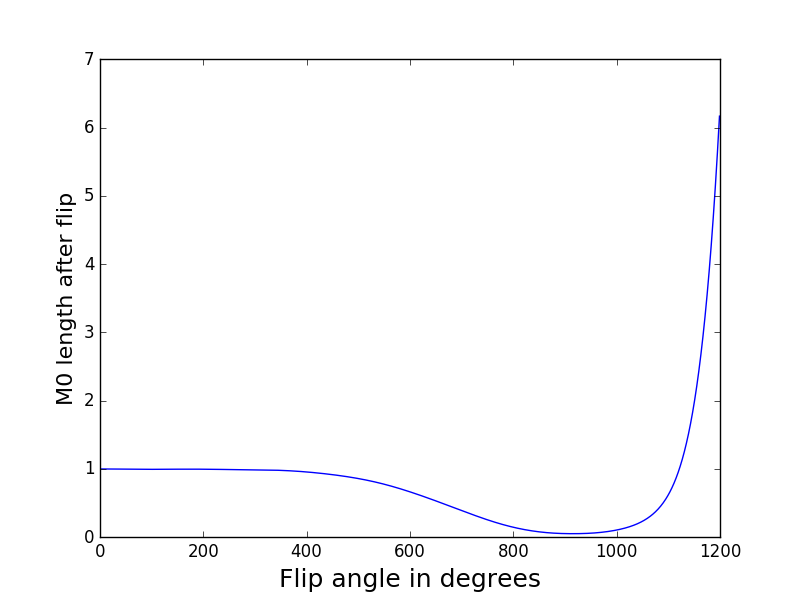 I am not sure if this is related, but this cross-product is part of the differential equation, something like $\frac{\textrm{d}M}{\textrm{d}t} = \gamma M \times B$... For a true infinitesimal $\textrm{d}t$, this makes sense. For nummerical considerations, this needn't be true. Think of the following:

Hence, if you do not take appropriate countermeasures, your magnetization vector will grow. Maybe this is what you see in your simulation: At the end you have an insanely huge signal that does not belong there. You can easily check this via a simple test: Neglect relaxation and apply a huge flip angle, lets say $90000^\circ$ and monitor your magnetization vector length. Certainly it should remain constant. If it doesn't, there might be a bug in your code.

Also try to reformulate your calculations with rotations matrices and check if the results get better.

Not the answer you're looking for? Browse other questions tagged mri or ask your own question.

1
Gradient echo MRI. Do the gradients have to be the same duration?
0
Effective field in MRI when solving for Bloch equations
1
Adding noise to real MRI data