I have a mixture of Gaussians and I want to look at their power power spectrum. The spatial distribution looks like this: 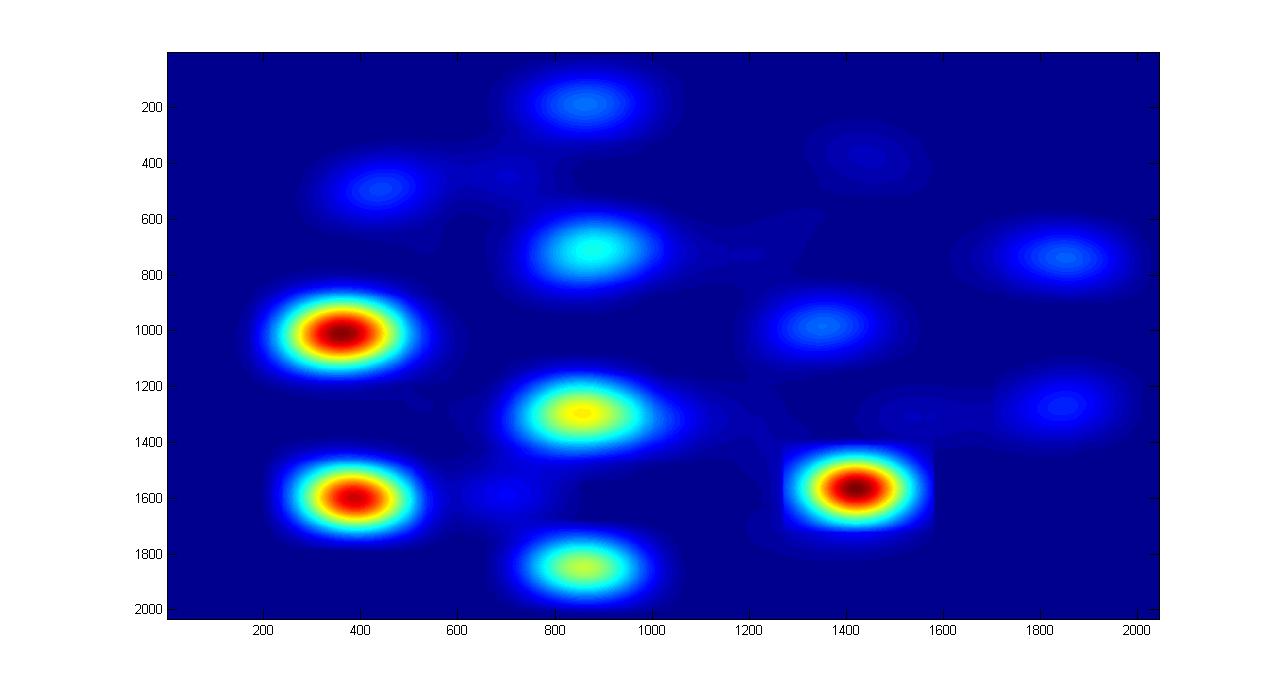 It's already been convolved with a Gaussian window function. I subtract the mean over all values and run an FFT in matlab. For the power spectrum I used $|\mathcal{F}|^2 $ and the image under is a section through the middle of the 2D phase space. 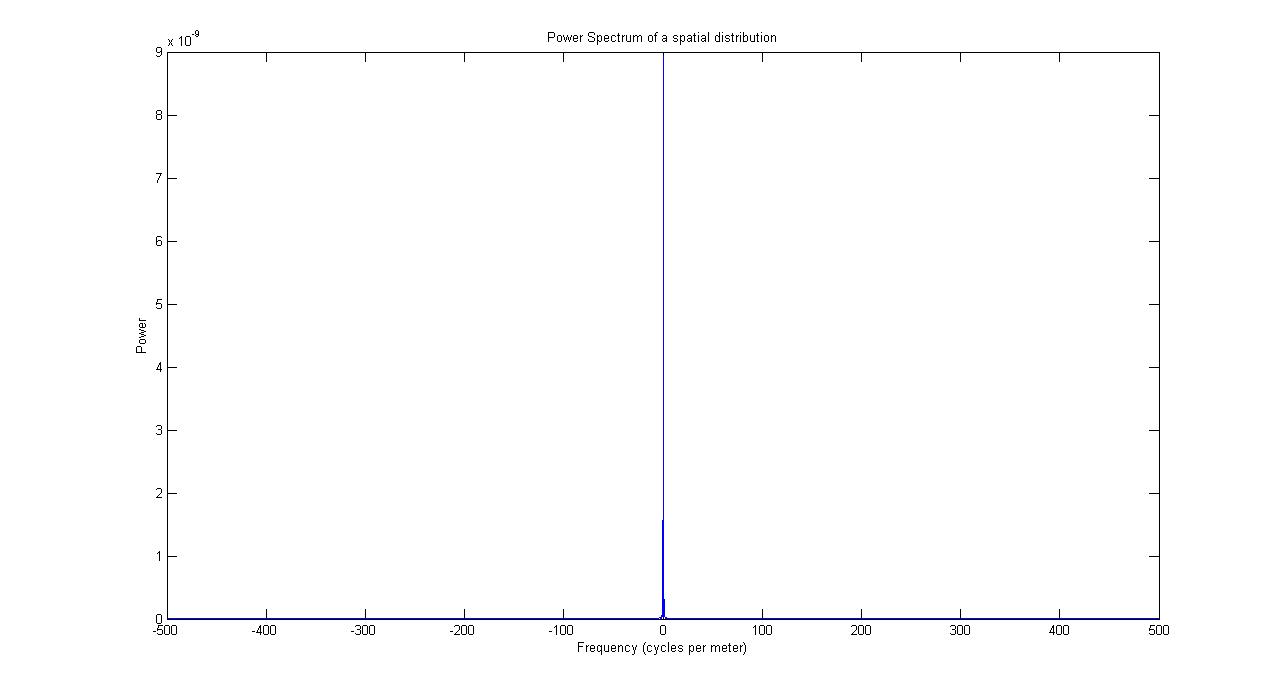 The zero phase component is orders of magnitude bigger than the rest of the spectra; given the nature of the problem I expected the power spectral density to look like a combination of Gaussians.

Edit: The data is initially given as a bivariate poisson process, defined on $ \mathbb{R}^2$. The weights are assumed to be equal and the Gaussians are equally spaced on a hexagonal grid. Now, I'm supposed to estimate the variance of the Gaussians, and wanted to do it using the empirical characteristic function,because the modified EM doesn't work well with data (I guess it's because sample is relatively small ~300 points in total). Following supervisor's suggestion, I estimated a density using Gaussian kernels, and then ran the FFT. Concerning the Matlab implementation: The 2D spatial density matrix is 'x'

I selcted arbitrarily a section and plotted plot(ffshift(mx(2048,:)))

Edit2: I added a link to the data. https://www.dropbox.com/s/y5sgz0ataxe9z3s/FFT_problem_DataSet.mat

The first and the obvious algorithm for the solution of this problem is the EM algorithm. This algoritm is getting worse in the number of parameters. It is also too much dependent on the initial conditions.

The drawbacks of this algorithm can be circumvented by parallel computing. This means you have $N$ EM algorithms run simultaneously which have different initialization points. The final algoritm takes all parameters estimated by N processors and based on the wellness of the fit gives the final decicion.

Another method is to use the central moments until Mth order. When written in a parametric form each xth order moment gives a linear/non-linear combination of parameters which are to be estimated. From here one can construct a test. Of course the moments should also be estimated from the data.

Another method would be to employ a better search algorithn. That is called particle swarm optimization. It will run similar to EM. However it is a stochastic algorithm have different characteristics than EM such as to be able to deal with more number of parameters. It is a kind of team optimization algorithm.

Thats all in my mind at the moment. Good luck with the experiments.

Not the answer you're looking for? Browse other questions tagged fourier-series matlab or ask your own question.