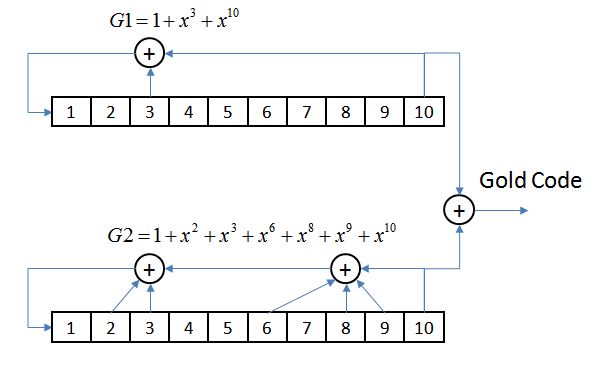 ! The answer by @cbos is correct in spirit but wrong in its details.

In an answer on crypto.SE, I wrote

"The Berlekamp-Massey algorithm is an iterative algorithm that solves the following problem.

Given a sequence $s_0, s_1, s_2, \ldots$ of elements of a field, find the shortest linear feedback shift register (LFSR) that generates this sequence.

As mentioned previously, the Berlekamp-Massey algorithm finds the shortest LFSR that generates the given sequence meaning it figures out the values of the $c_i$ elements. The iterative process consists of finding the shortest LFSR that generates the first $t$ elements $s_0, s_1, \ldots s_{t-1}$ and checking if the LFSR finds $s_t$ correctly. If so, $s_{t+1}$ is checked, while if not, the $c_i$'s are updated so that the revised LFSR generates $s_t$. If the sequence was indeed created by a $n$-stage LFSR as described above, the Berlekamp-Massey algorithm finds all $n$ coefficients $c_i$ after examining $s_0, s_1, \ldots, s_{2n-1}$. From this point onwards, the Berlekamp-Massey algorithm can continue checking the rest of the sequence (if so desired) but does not need to update the $c_i$'s because each check of the next symbol simply reports back that everything is OK."

Ignoring the sheer backwardness of the answer above as a trivial detail that can be fixed by standing on one's head, the shortest (single) LFSR that will generate the Gold sequences shown in Dan Boschen's question is of length 20 and its feedback polynomial (which is the product of the two feedback polynomials shown) is of degree 20. As such, we need $\mathbf{40}$ bits of the Gold sequence to determine the coefficients of this degree-$20$ polynomial, not the $21$ noted in cbos's answer. We don't get the two LFSRs shown in Dan Boschen's question but rather a single LFSR that is twice as long, and its initial loading is the first $20$ bits of the Gold sequence.