I am trying to apply windowing to do MRI reconstruction. I have a 256 point one dimensional k-space samples which look as follows: 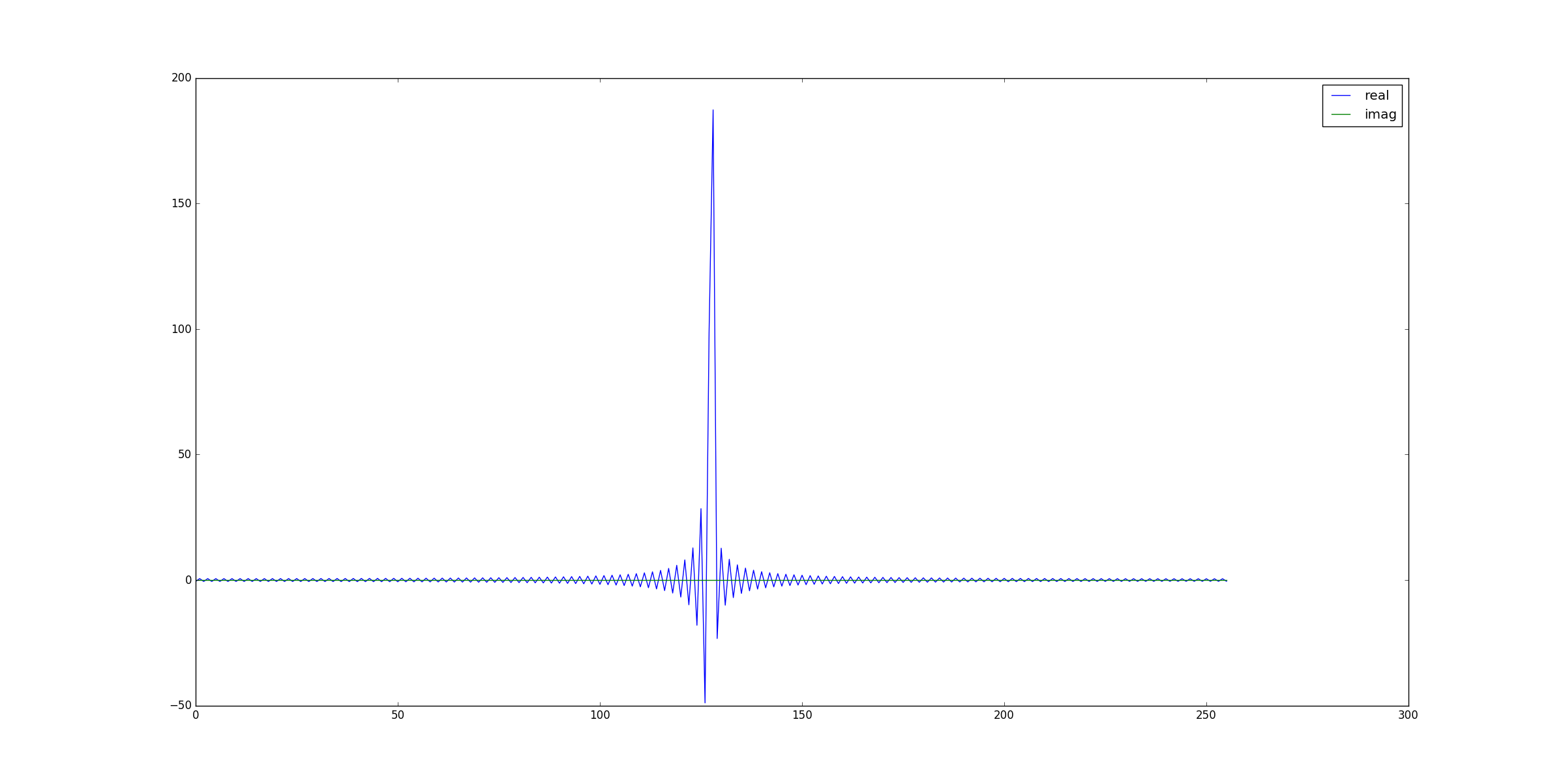 Here, the real part(green) is flat around 0 and the blue curve is the imaginary part. Now, what I would like to do is perform some apodization. For this, I construct a hanning window as follows: 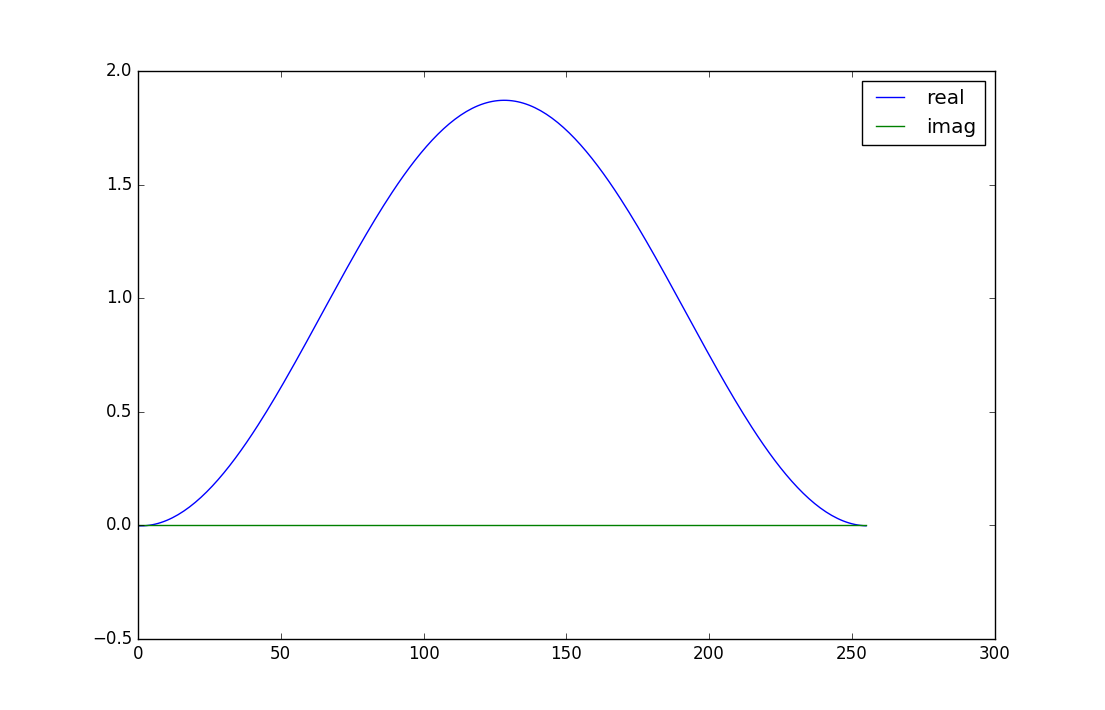 Next, I performed the inverse fft to reconstruct the image (which should have near uniform intensity everywhere) using:

This results in the recon image as: 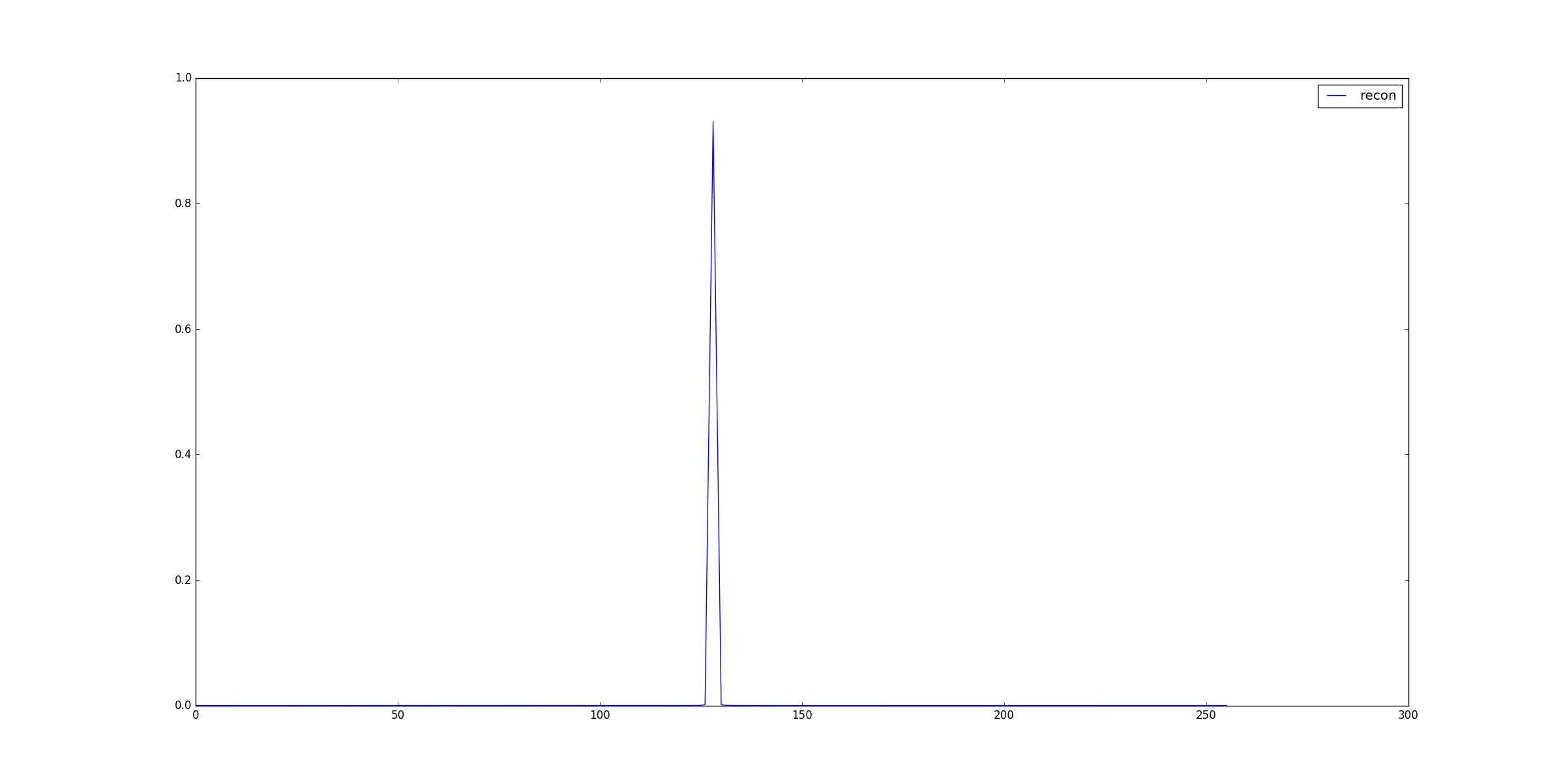 I feel I have done something wrong as I was expecting to have a fairly uniform image rather than a spike. Do I need to do something post reconstruction to account for the fact that I have performed some windowing before the reconstruction?

Make sure that you have the appropriate sizes in your algorithm.

Windowing is applied in $k$-space by multiplication - you simply have to multiply your window and the original $k$-space line. In image space, this is a convolution, hence you could take the Fourier Transform of the window function and convolve the image with it.

Another view: Apodization is applied to suppresses certain frequencies. For example, the highest frequencies are simply skipped by setting them to 0 due to the multiplication of the window function and the $k$-space data. If you were to convolve the two, you would "spill" the information of the higher frequencies all over $k$-space - which certainly is not what you want to achieve by apodization.

Not the answer you're looking for? Browse other questions tagged window-functions reconstruction window mri or ask your own question.