I am a physics graduate student studying a new physical device via simulations. Thanks to SE DSP, reading Lyon's Understanding DSP as suggested (not all the way through it yet though), and a bunch of work, I have been learning, and enjoying, DSP. I’m at a point where I am completely stumped by something, and need some help.

For this project, signal processing appears very simple, as seen in this diagram:

However, what happens inside the "Physics Device" somewhat complicated. Simply put, when the external signal $f(t)$ and the physics device interact, there is some destructive interference. To me, this means there will be a narrow low frequency spike at the time where there is interference. When there is no destructive interference, there is a lot of stuff going on. The outputs relating to the physical device are very ugly compared to a communication system; there are many harmonics and other things happening. 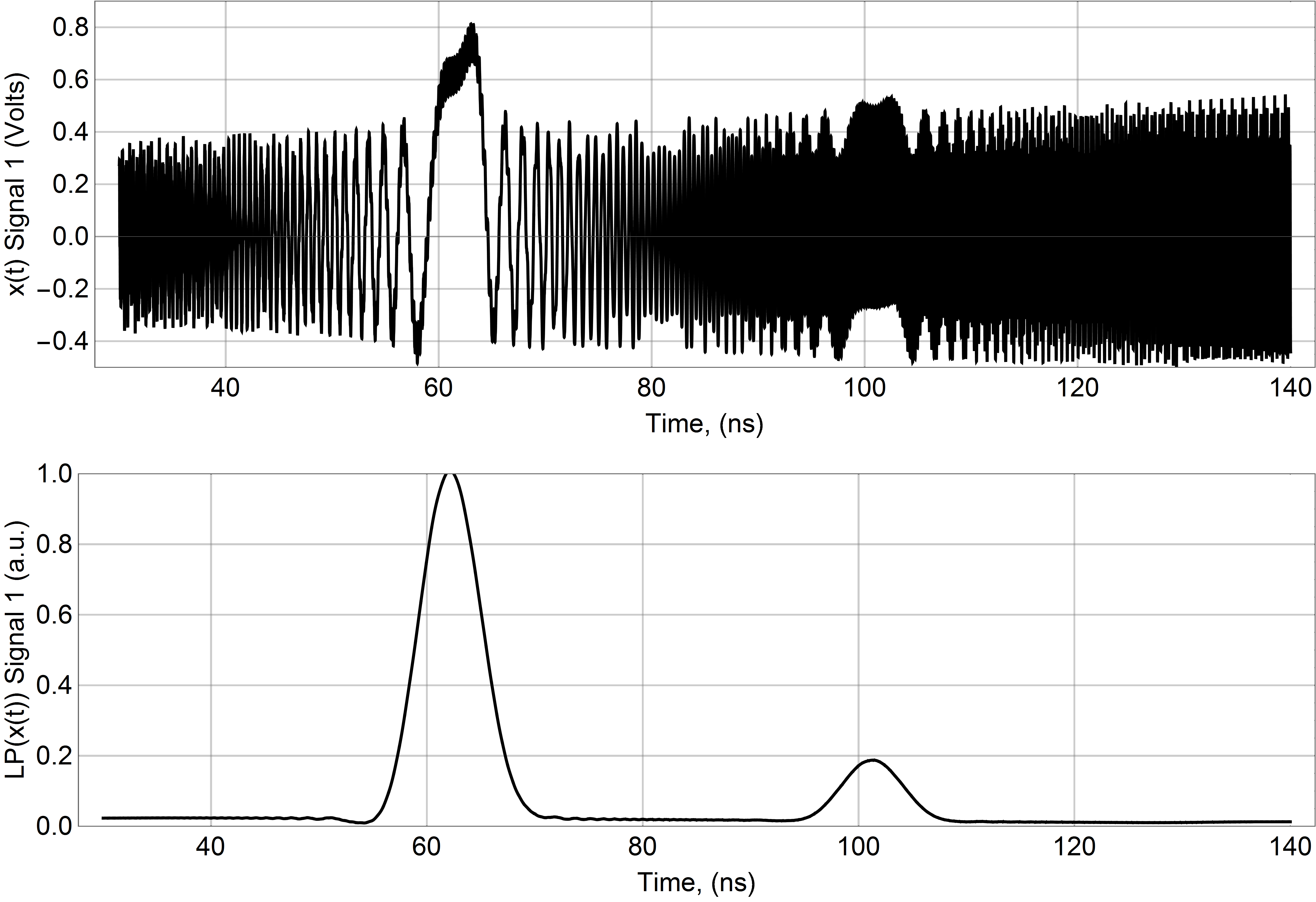 Th upper graph shows raw data, and the lower shows this after I apply a Low pass filter. If I use a low-pass FIR filter near DC, it gives me nice peaks to identify where the low frequency oscillations occur. 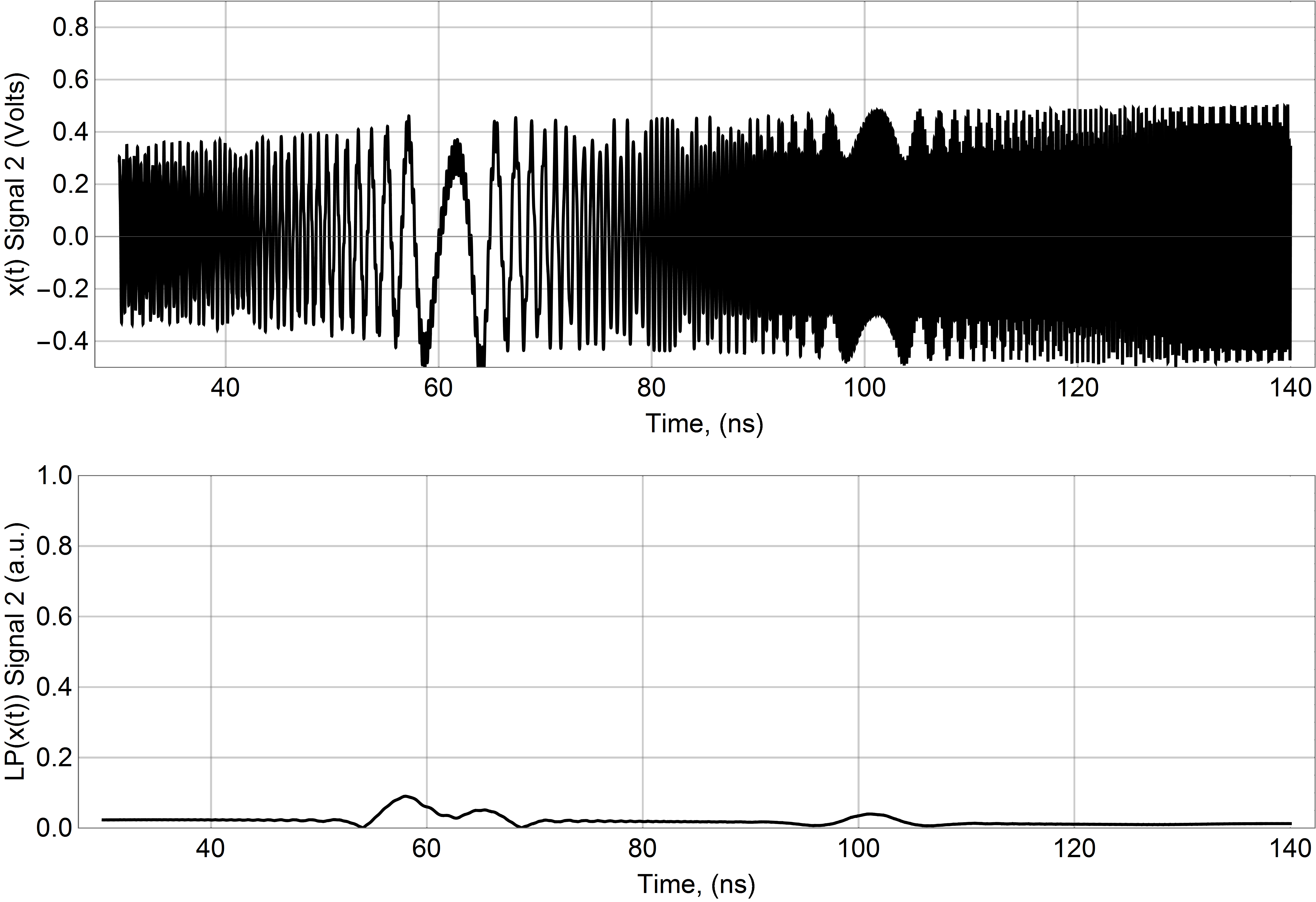 But after the low pass filter, the peaks are not-so-beautiful.

Is there an algorithm that will allow me to determine when an external signal is introduced into the physical system regardless of the initial phase shift of the external signal? My eyes can identify from the raw data where the peaks should be, but a low pass filter doesn’t do the job consistently.

Is there a good algorithm to get nice thin peaks from both signals? Even more, is it something that can be built with existing technology?

In MATLAB this would be

where f is the signal and g is the band-pass filter.

I don't see how the signal you're displaying is the sum of two sine waves. Have you tried an FFT to show this? My gut says that you are mixing (multiplying) two or more signals here, and the result looks like a swept sine plus a constant frequency sine--like tuning an old superhet radio and looking at the output from the mixer. You may want to try mixing them both to a lower frequency (downconversion) and then one or two phase-locked loops to indicate either when the signals appear and/or their frequencies (which will be offset by your downconversion from their true frequencies). The phase sensitivity can be avoided by mixing with both I and Q (90* phase-shifted) versions of your swept interrogator, then summing the squared outputs.

Not the answer you're looking for? Browse other questions tagged filters signal-analysis algorithms phase or ask your own question.