Want to improve this question? Update the question so it's on-topic for Signal Processing Stack Exchange.

I have implemented an oversampling algorithm for an audio signal in C++ which is producing a distortion of the signal at the start of a buffer. The algorithm is wrapped in a class with methods for up and down sampling by a factor of 4, with a 256 tap linear phase FIR filter performing the "interpolation" of the upsampled signal. The distortion occurs after convolving the input signal with the filter coefficients so I think that is the source of the problem.

Here is the function I am using to apply the upsampling (where the distortion is first noticed):

The size_t upIndex is a member of th class oversample as well as the buffer upHistory which is the past signal used for the convolution. The algorithm is implemented as a ring buffer. QTAPS is the number of taps used for the filter (at a quarter of the sampling rate hence qtaps).

An illustration of the problem can be seen in this MATLAB figure: 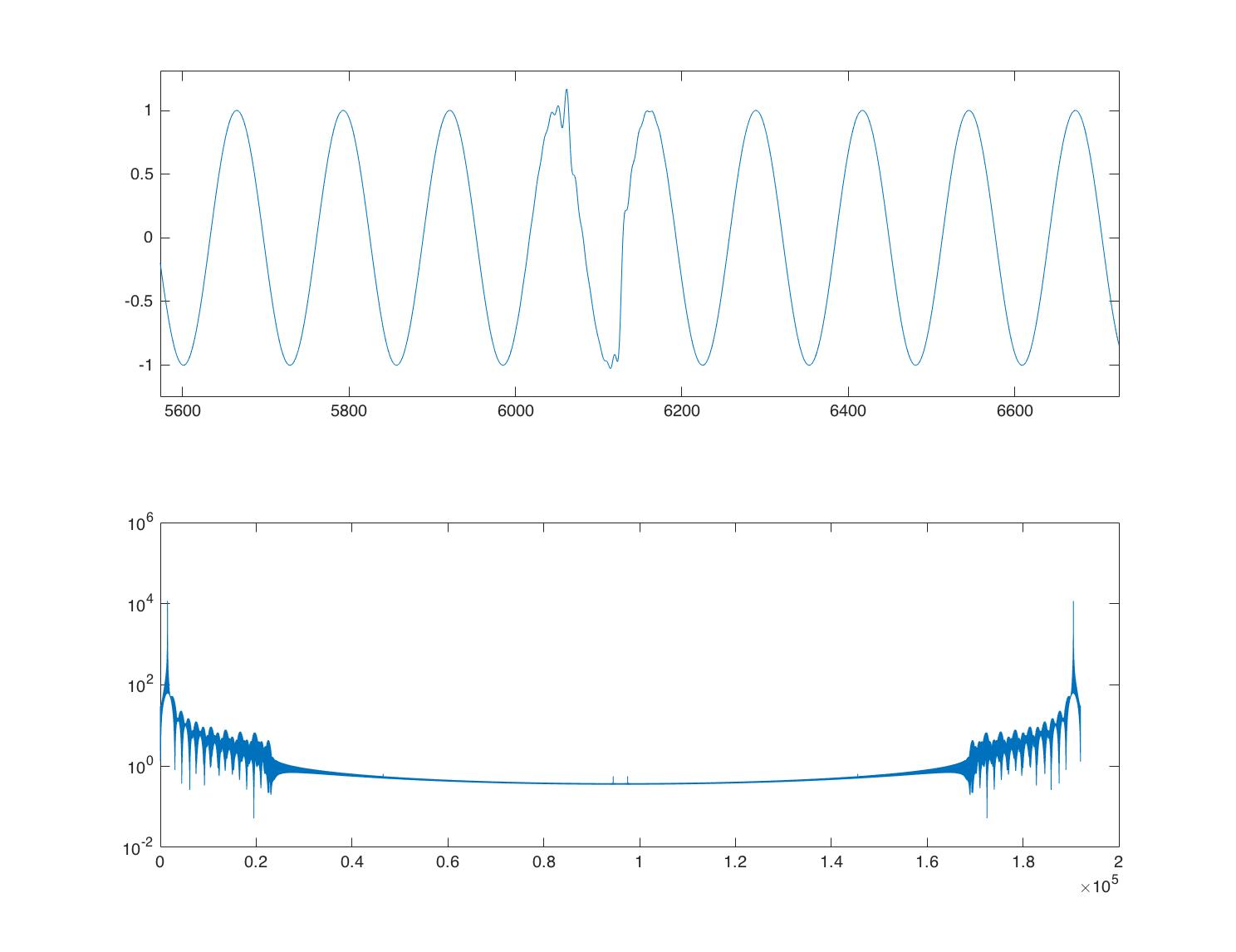 The input signal is 1500 samples long (so upsampled is 6000), after which I put the same signal through again. The real problem with this is that when I implement it for audio it gives an audible buzz every buffer, making the audio unusable. I've looked through the algorithm too many times and can no longer see any issues, so any help would be greatly appreciated.

EDIT: There was a discontinuity in the sine wave which is causing the visible distortion in the previous figure. This new figure illustrates a zoomed time domain shot of a guitar chord, where there are two very clear discontinuities which were not present in the original signal. 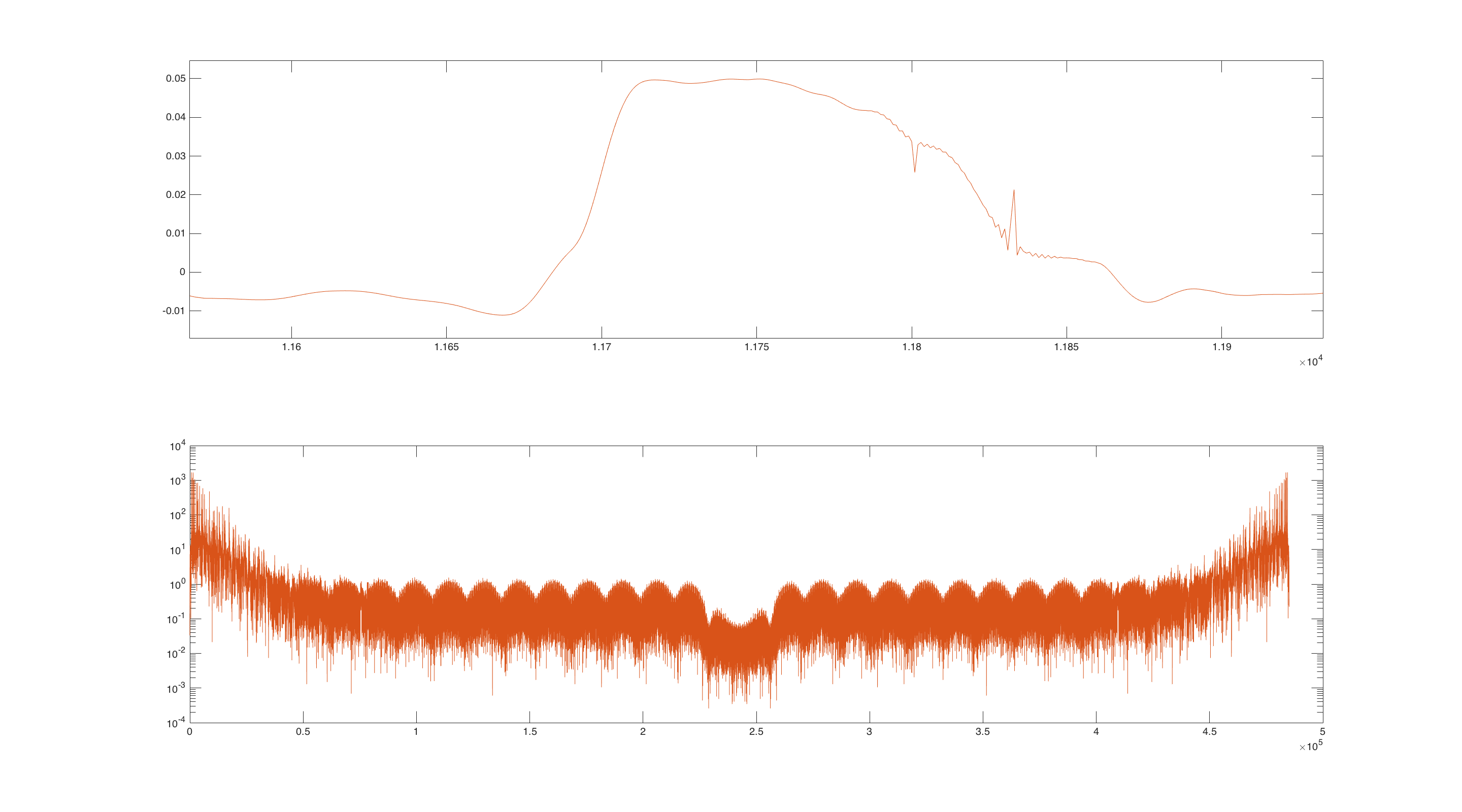 There are 30 samples between each peak, and the two peaks are periodic with a period of the length of the filter. I think the two peaks are caused by the two convolution processes from the up and down sampling (same filter, same code, just one pads and one decimates). I still can't figure out where this jump is coming from.

2
Basic FIR Filtering with audio buffer in C++
1
order of fir filter
0
How to design a FIR low pass filter and force a subset of filter coefficients to 0?
0
What is meant by Two pass FIR Filter?? (A basic question)
1
What is the peak resonance of convolving with a sine FIR filter?
2
Result length and width of a lowpass FIR filter
1
Coefficient weights of Simple Moving Average (SMA) on SMA