I'm really new in image processing, so please sorry I'm a newbie. I tried to use the squares.cpp for detecting posters (since they usually are rectangles) without using expensive feature detectors (like SIFT). Unfortunately, the results are pretty much disappointing (as it was pretty predictable, results below).

Actually I don't care that only posters are detected, since statistically the posters are the biggest (or second biggest) rectangle in the image (decent heuristic).

The last image is the result of this code using this Hough Transofrm code (which seems working even worse!).

Any idea how to improve this code? 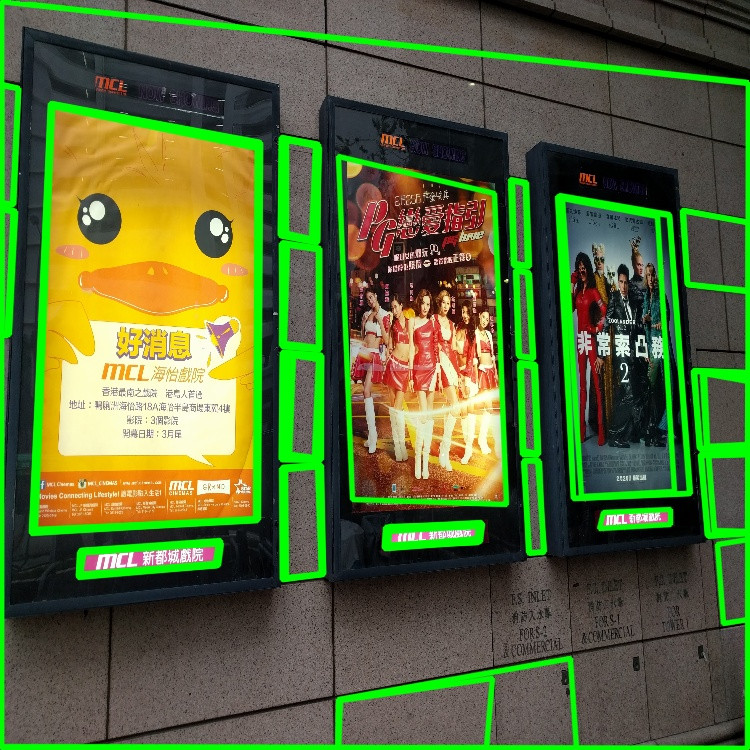 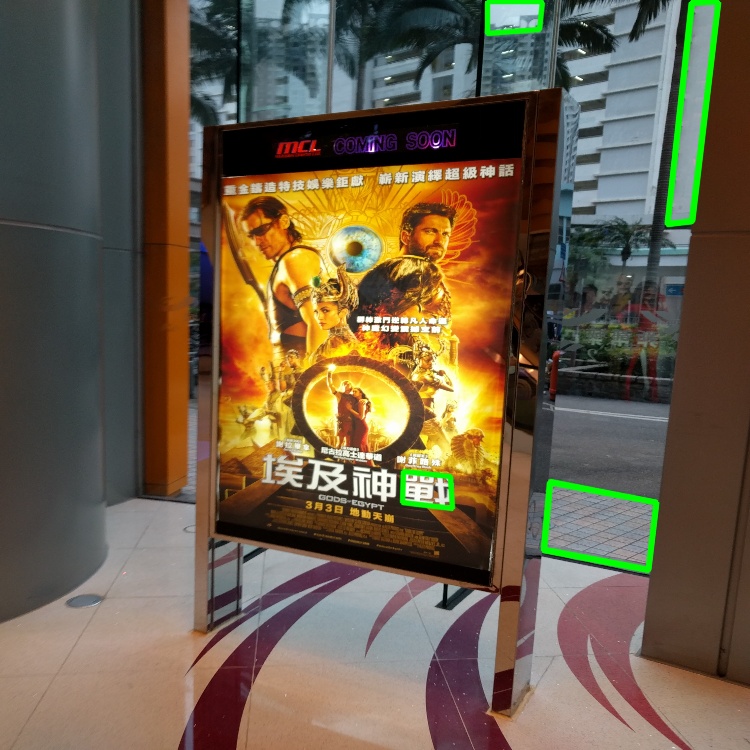 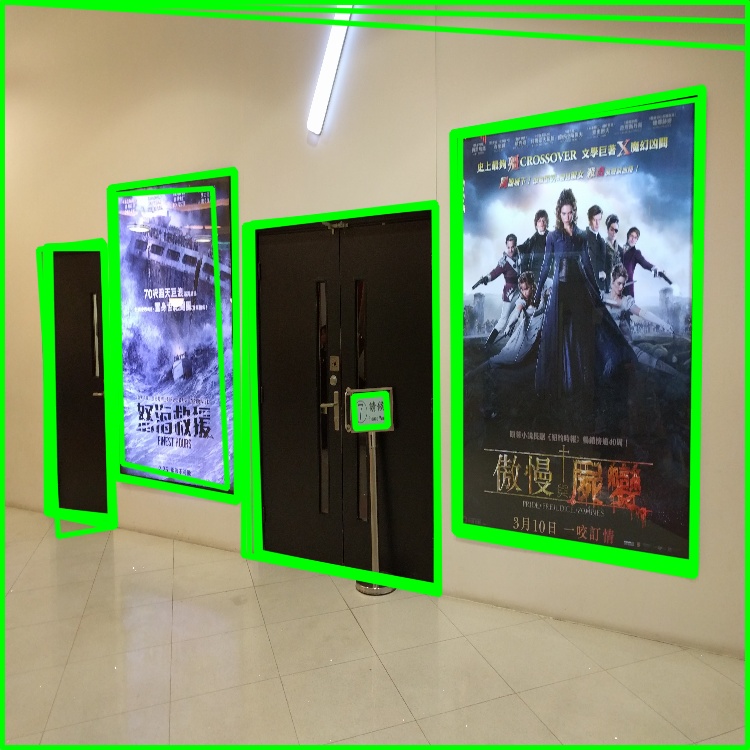 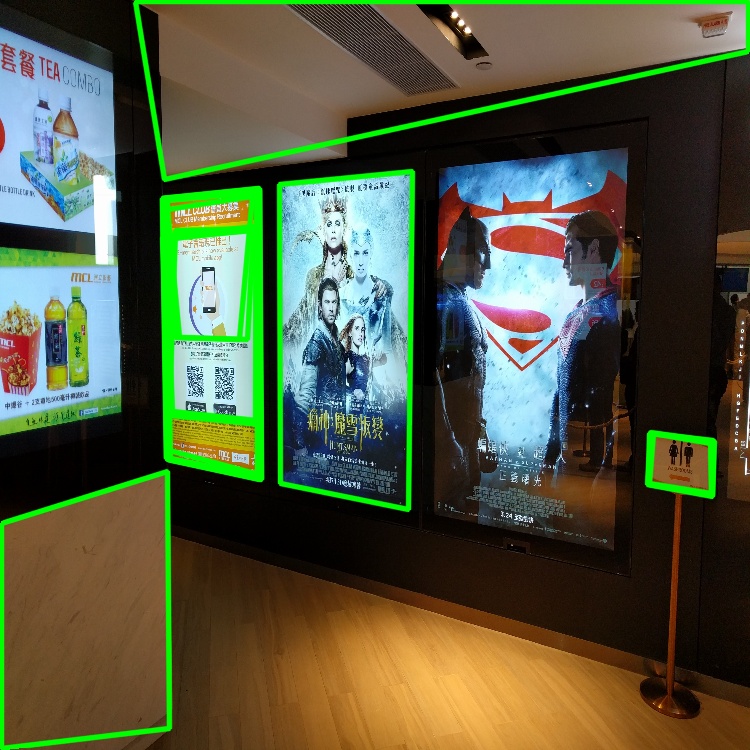 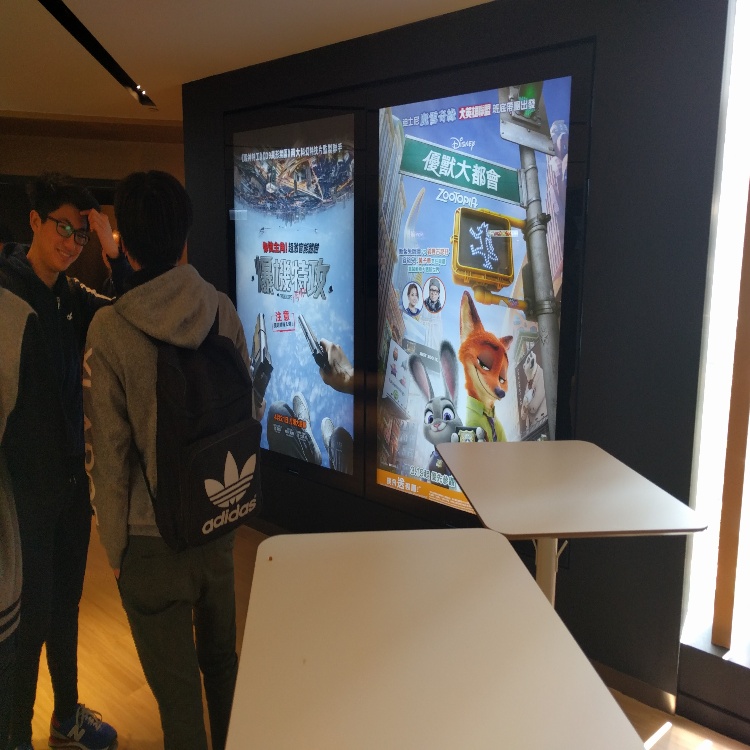 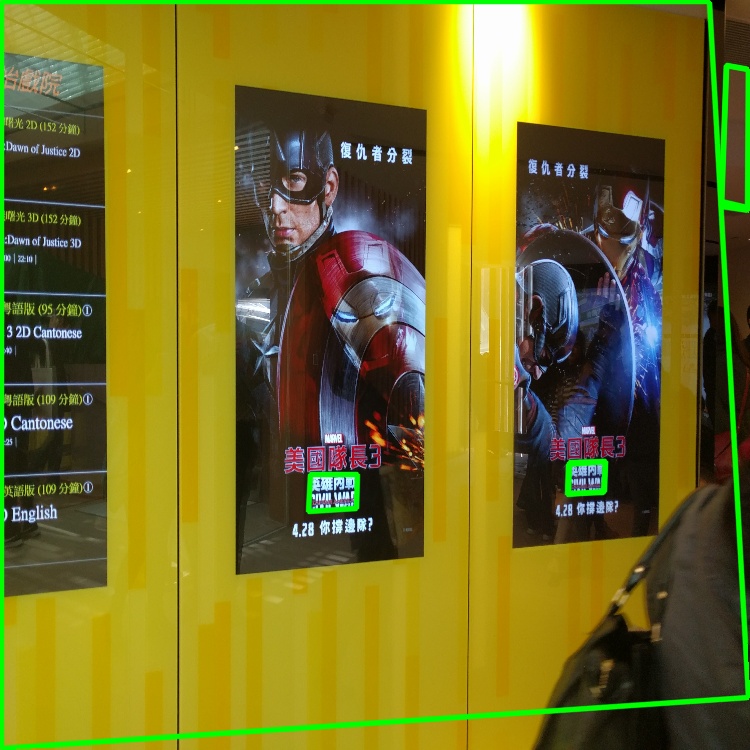 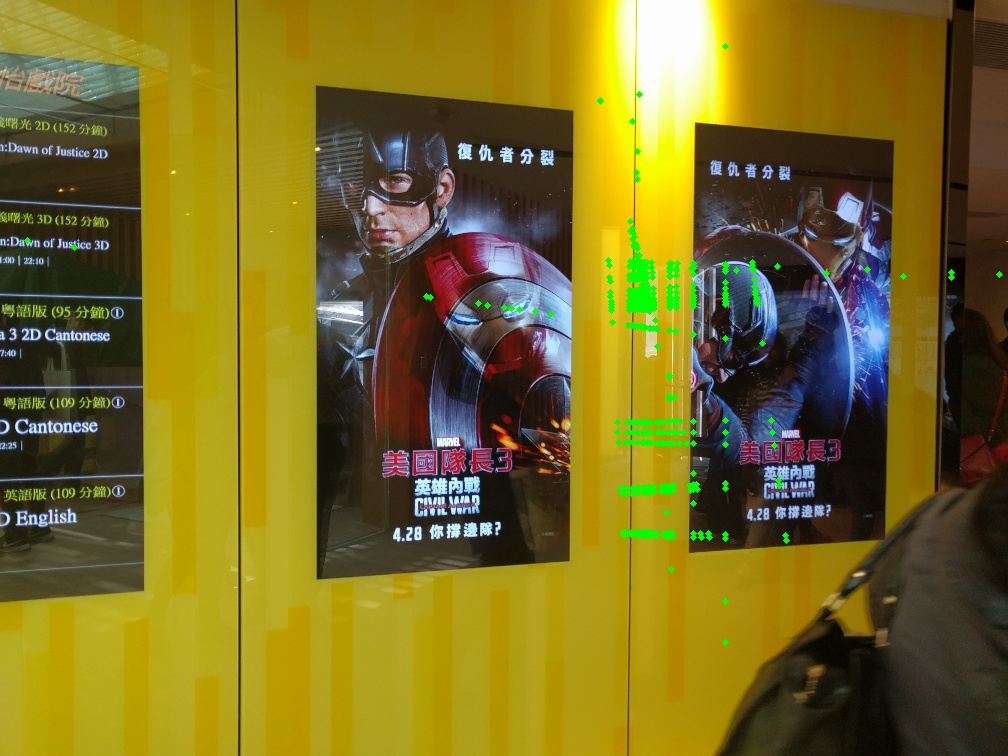 It seemed to work relatively well where there was a strong lightness difference at the edge of the poster, compared to background.

This matches what squares.cpp seems to do: scale the image, do a canny edge detection, simplify the resulting contours and look for squares.

So, this points to it being helpful to pre-process your images in different way, try to detect the rectangle, change your preprocessing, repeat, and so on.

As a side note: this approach (pyramid scaling, edge detection, contour extraction, contour simplification, rectangle detection) sounds more complex than just a normal Feature extraction by means of a transform of the image. For example, there are several transforms in OpenCV, some of which are very usable to detect dominant straight lines in the picture. If you can find parallelograms in those, you should be one step ahead, especially if you can really assume the poster is the biggest rectangle.

I think the Hough transform is quite exactly what you need.

Not the answer you're looking for? Browse other questions tagged image-processing image opencv edge-detection shape-analysis or ask your own question.

177
“River” detection in text
15
OpenCV/C++ connect nearby contours based on distance between them
9
How to estimate octave and size for visual features positioned at Harris corners
17
Detection of a Circle in Noisy Image Data
5
Detecting Individual Photos on a Scanned Page
2
Rectangle detection in “real life” images
3
Efficient Marker Detection for Images
1
How can I properly detect a ball moving in a film capture?