When I am filtering a signal in python, it has a built in function to generate bessel filter coefficients given a cutoff ratio and a filter order (number of poles). I am trying to translate this to C code, but I cannot seem to find the formula that is used to calculate the coefficients.

Can someone point me to the formulas to calculate the IIR filter coefficients given a cutoff ratio and order?

I am trying to read the scipy source on github but I am having a very hard time of it...

Looking at the source code for scipy.signal.bessel, you're out of luck for finding a formula: they don't use one.

They just have a big if \ elif sequence for various values of filter order:

The Wikipedia page has some formulae for Bessel filters in the continuous domain: $$ \theta(s) = \sum_{k=0}^n a_k s^k $$ where $$ a_k = \frac{(2n-k)!}{2^{n-l}k!(n-k)!} \mbox{ for } n = 0,1,\ldots,n. $$ To get discrete-time near-equivalents, you'll need to do a continuous-to-discrete transformation. Note that this will not necessarily preserve the nice phase properties of the continuous-time Bessel filter.

Hi, I wrote this. It's probably more complicated/inefficient than it needs to be. :D

Practical Bessel filter design involves root-finding of a polynomial to generate second-order sections; I don't believe there is any simple formula. The way SciPy stores filter coefficients is pole and zero locations, so the code finds these locations numerically.

The steps I originally used are:

Step 2 generates approximate roots from Campos-Calderón 2011 as the starting points for the root-finding, but I don't know if that's really necessary. Most root-finding algorithms just use asymmetrical starting points on a spiral, etc. and still find the answer fine. I assumed it would be faster this way.

Aberth-Ehrlich is good for quickly finding multiple single roots simultaneously, by modelling them as point charges that repel each other, so multiple test points don't fall into the same holes.

Eventually I ended up eliminating Step 1 altogether. For the Newton's method part of Aberth-Ehrlich, it actually evaluates $K_{n+\frac 1 2}\left(\frac 1 x \right)$ instead, which is a totally different (compiled) function that has the same roots, and has a relatively simple derivative. This is possibly crazy and less efficient than it could be, but it works. (kve is actually zbesk from AMOS Fortran library.) 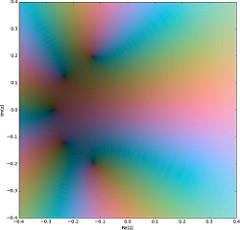 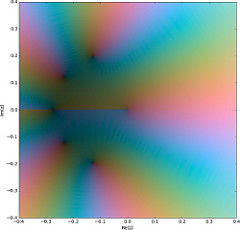 Then in step 3, I don't even use the Bessel polynomial to normalize the function, since I eliminated the need for all but the last coefficient and it's faster to just generate that one by itself.

There's also this algorithm I found later, which could probably be made more efficient: Orchard 1965 - The Roots of the Maximally Flat-Delay Polynomials (Bessel filters) though it has some numerical error at high N and doesn't give an algorithm for finding the new approximate roots from the old (just "eyeball it on graph paper").

But now you can generate 500th order Bessel filters with 3 different normalizations, instead of just reading the coefficients from a table (not that you would ever need to...): 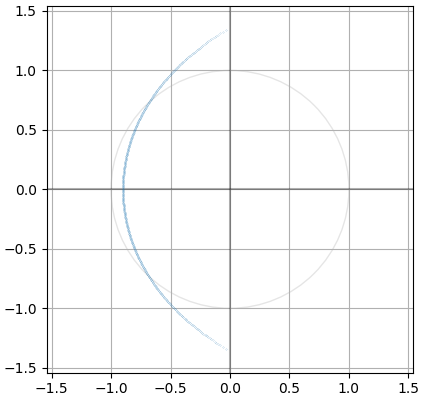 Not the answer you're looking for? Browse other questions tagged lowpass-filter python infinite-impulse-response or ask your own question.

10
Is it correct to subtract a low-pass filtered signal from the original signal and use the result as a “high-pass”?
4
Ideal Low-Pass Filter Output?
1
IIR issues when order is high
1
Analytical expression for step response of digital bessel filter
0
FIR filter digital differentiator with low cutoff
2
Do you recognize this filter?
1
IIR filter relationship between number of poles, order and second order sections
0
inverse z transform performed on 6th order IIR filter