How to calculate particles sizes for spheric particles with overlapping and superposition? (Example image included)

I'm trying to automatically calculate particles sizes histogram for images like this one: 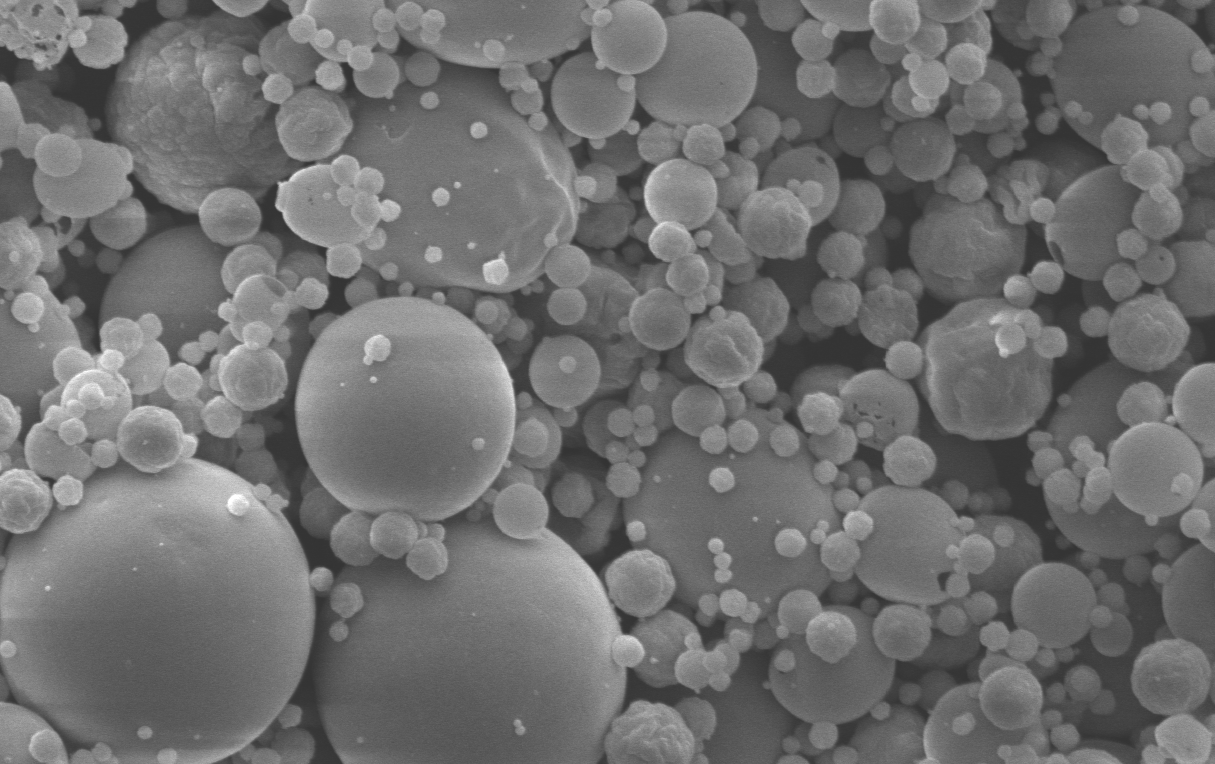 Common threshold and segmentation doesn't seem to work. What filters and algorithms do you suggest to be used?

Here is what I experimented with:

I will denote this image to be $C$.

Depending on the peaks of the accumulator, Hough might report multiple center locations. A simple clustering might help avoiding this (Just average the close-by centers).

The final image with the resulting centers overlayed (in different colors), looks like: 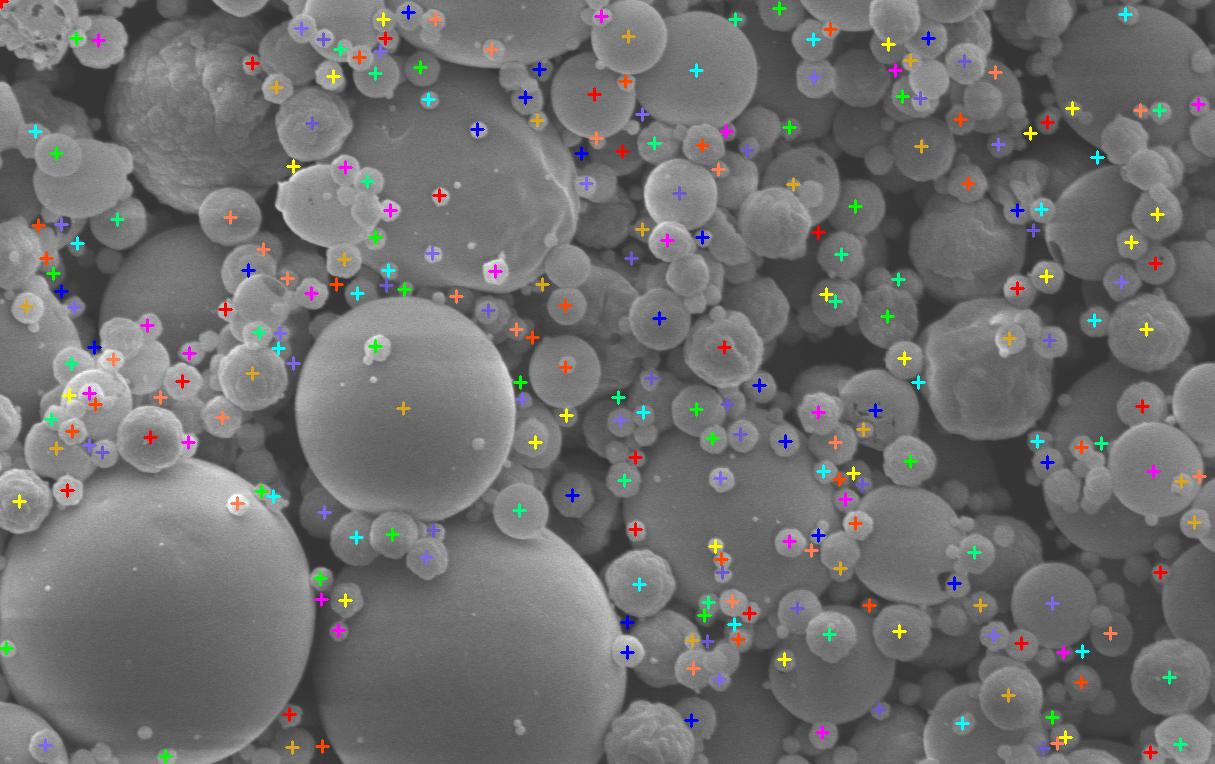 You could customize the radius to be robust to different circles. Moreover, one can use elliptic Hough transform to have a better coverage of the particles (as some of them are not circular). Finally, the much-occluded large circles can be obtained after masking out the small ones - even with the help of a distance transform. If the false circle hypothesis are desired to be eliminated, you can always reduce the Hough sensitivity. Or you could always render the contours of the circle and compare to the detected edges.

Not the answer you're looking for? Browse other questions tagged image-processing computer-vision hough-transform shape-analysis particle-filter or ask your own question.

33
What Are the Best Algorithms for Document Image Thresholding (Example Inside)?
6
How can I measure noise and sharpness of an image?
7
Compare image segmentation approaches
1
Is it an excessive pre-processing step in image processing?
2
Particle filter, resampling step implementation
0
Global vector descriptor
2
Comparison between watershed and grabcut
1
Suggest an image segmentation technique to find the paste radii?