In "Shu Lin, Daniel J. Costello-Error Control Coding (2nd Edition), Prentice Hall 2004" it is given that in $GF(2)$, if $f(x)$ is an irreducible polynomial of degree $m$ it divides $x^n+1$ where $n = 2^m -1$. And as per mathematica documentation, $x$ is an irreducible polynomial, here is the conflict. $x$ does not divide $x+1$. Also $x$ is declared non-primitive! Just want clarification. 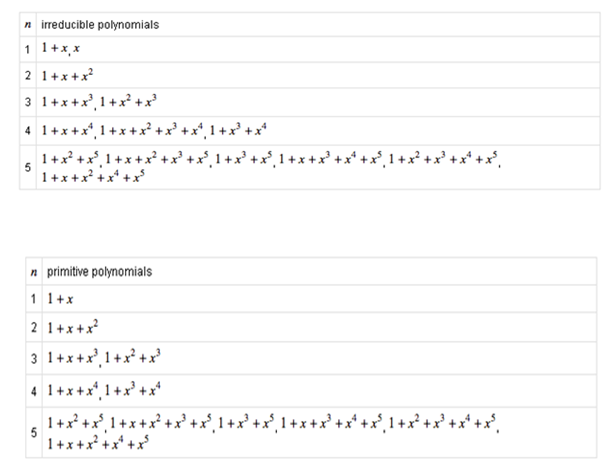 From the Wikipedia page irreducible polynomials: "a non-constant polynomial $f$ in $F[x]$ is said to be irreducible over [the field] $F$ if it is not the product of two polynomials of positive degree."

Not the answer you're looking for? Browse other questions tagged channelcoding information-theory mathematica or ask your own question.