How to implement a $j$-level $M$-band wavelet transform of an image?

I want to implement an $M$-band (or multi-band) wavelet transform, to be used for feature extraction on images.

[EDIT: some code made available] The notion of $M$-band wavelet transform, $M\ge2$, generalizes the standard $2$-band wavelet. The theory is provides, for instance, in Theory Of Regular M-Band Wavelet Bases, P. Steffen et al., 1993. Remember that with $2$-band wavelets, one cannot obtain wavelets that are real-valued, symmetric, orthogonal and with finite support, except for the Haar wavelet (not very regular). For $M>2$, such designs can be obtained with sufficient regularity, and $M$-band wavelets are sometimes believed to be more efficient for image analysis. 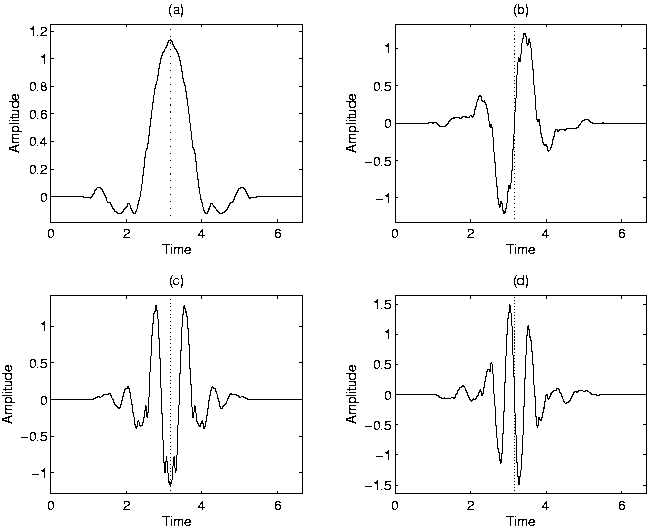 Alas, regular $M$-band filterbank are generally harder to design, and $M$-band wavelets have been used more rarely. Resultingly, they are less implemented in standard software.

On $M$-band implementations: I am not aware of build-in Matlab functions. However, there exist $1$D versions, that you can built upon for your applications:

-An algebraic construction of orthonormal $M$-band wavelets with perfect reconstruction

And one day, I shall rewrite my own codes to make them much cleaner.

Not the answer you're looking for? Browse other questions tagged image-processing wavelet multi-channel or ask your own question.

-1
Code for a wavelet based hilbert transform?