I have some images of answered tests. I am working on recognizing the answers for the multiple choice questions on each test. A example: 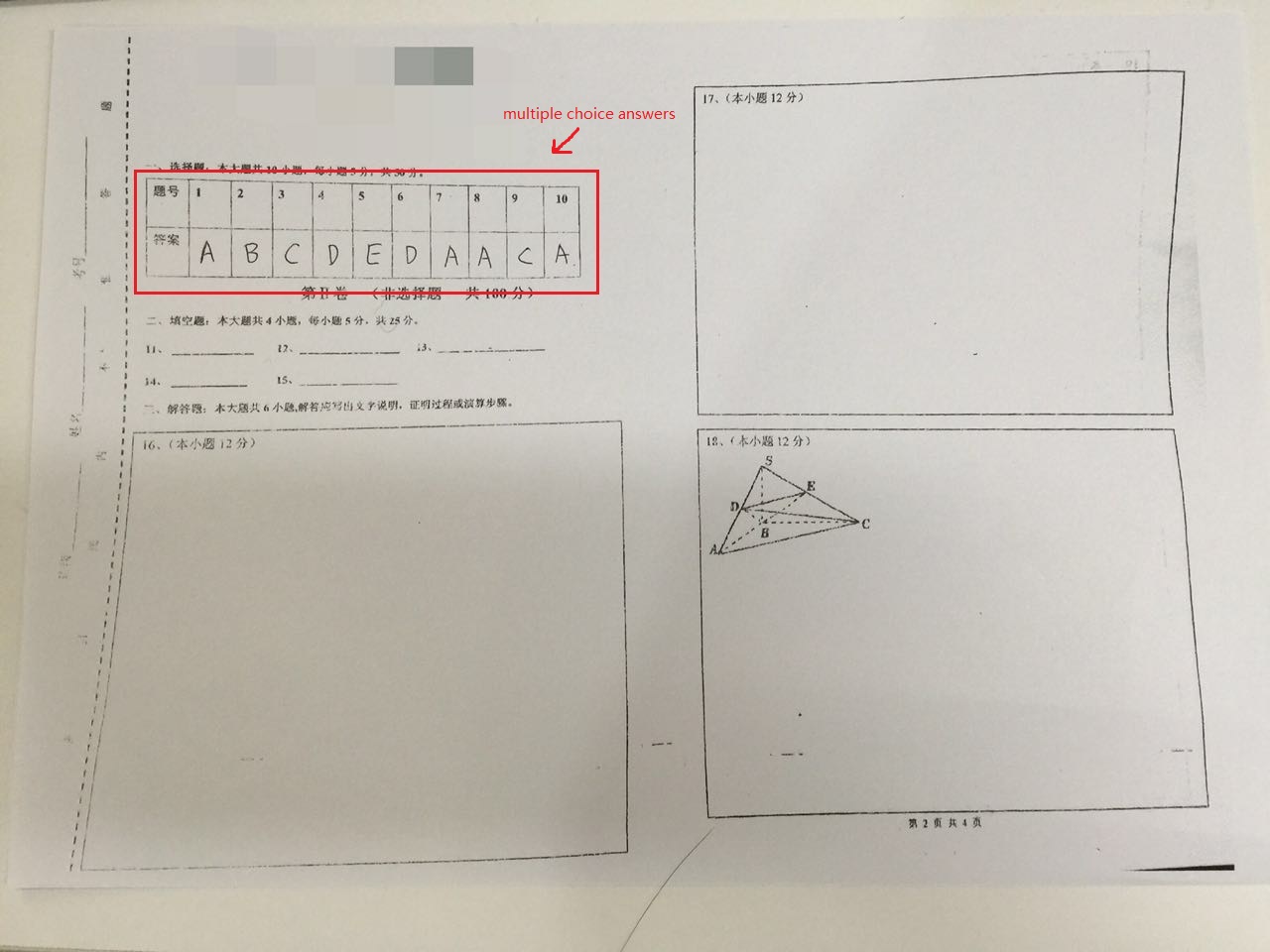 I think the problem can be separate into two sub-problems: 1.) Identify and segment the multiple choice answers from the rest of the test. 2.) Classify and recognize the answer as one of the letters in A, B, C, D, E.

For the second sub-problem, there exists libraries like Tesseract, also I can train a neural network to identify among the five letters which is not hard.

What's the best way to identify such table? I am currently thinking about training a neural network to identify the table. Should I use template matching or other methods instead? Which one is better?

The simplest approach to this would be template matching via two-dimensional normalised cross correlation.

What this basically does is looking for a template: a small image representing the response letters, inside a (usually bigger) image. The result that is returned from this operation looks like an image but it essentially has peak values where the template matches the image.

This approach transferred to this problem means that one cross correlation would have to be carried out for each possible answer and each resulting image examined for "peaks".

Of course, this assumes that the letters appear at a single scale throughout the document. Otherwise, cross correlations would have to be applied (via an appropriate method) at different scales too.

There are two components to be carefully managed here:

Here is an example based on Python, matplotlib and scikit-image:

(Please note, a more elaborate version of that is available via this link) 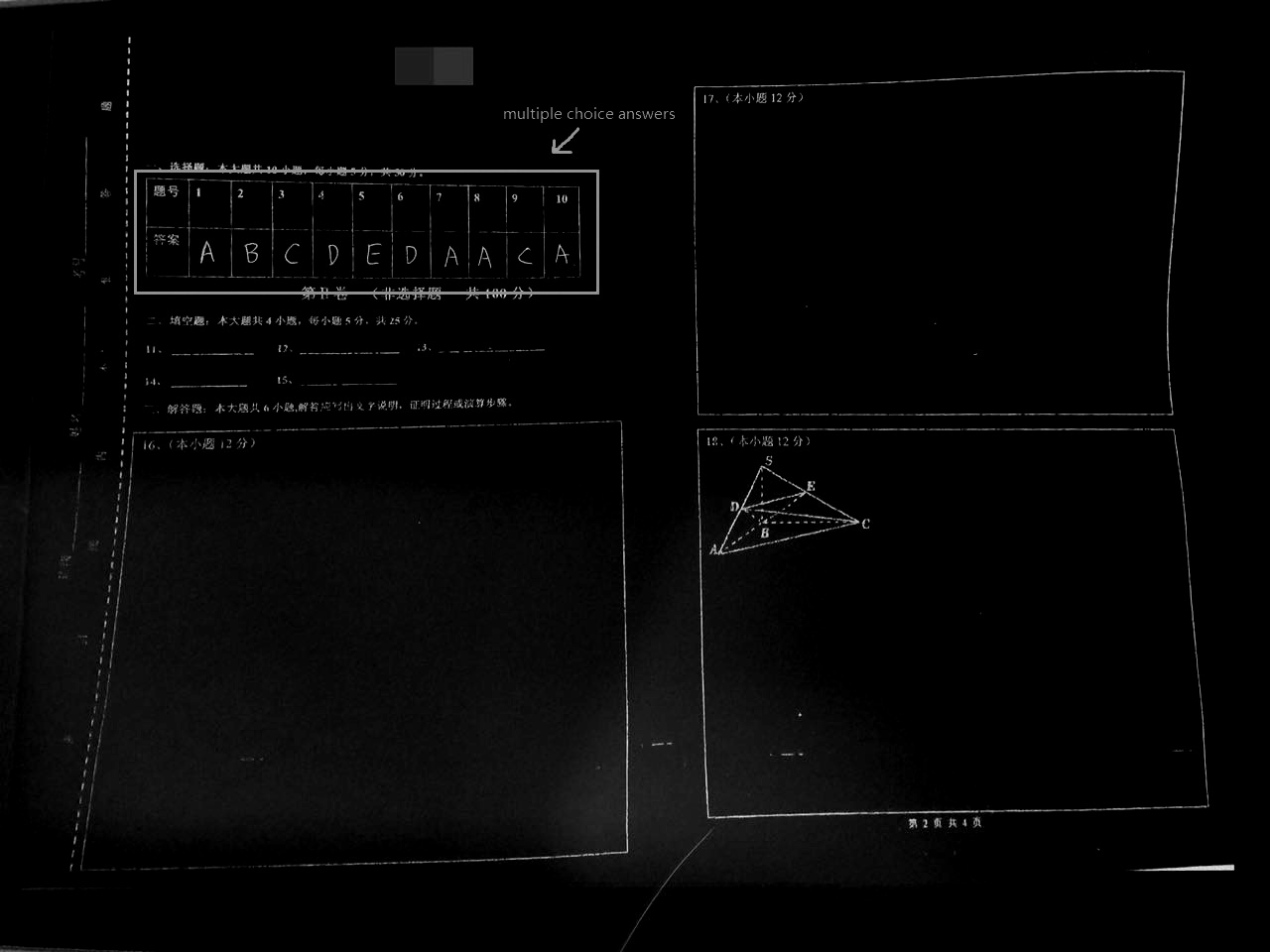 In the U image, please note that the red colour corresponds to high peaks (very close to 1.0). Just putting a threshold on the pixel values of U will return the centers of the 'A' symbols.

Of course, other formations seem to have high correlation as well in that image. These are "false-positives", that is, places where the algorithm THINKS there is an "A" but in reality there is not.

There are two ways by which these can be reduced (and increase the system's reliability):

Not the answer you're looking for? Browse other questions tagged image-processing neural-network or ask your own question.