Is there a difference between filtering a signal before or after differentiating it?

I have a time series and I want to apply:

So, first of all: 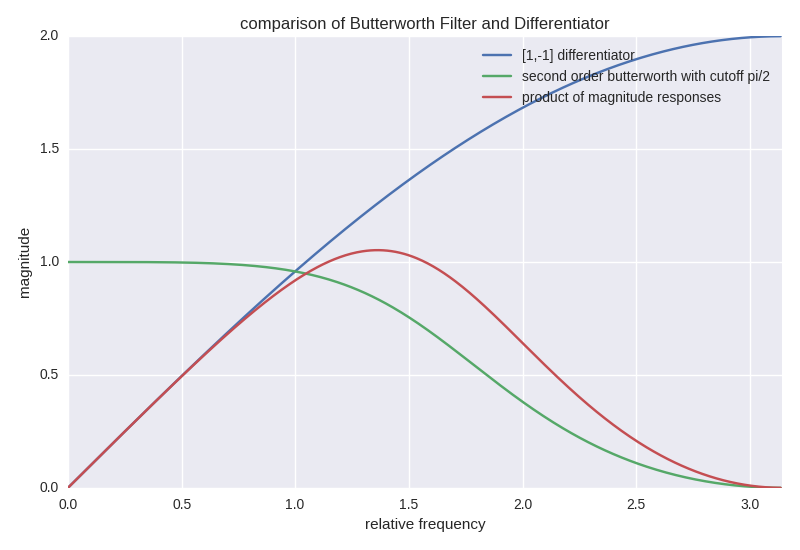 In time domain, you convolve ($*$) the signal $x[n]$ with the filter impulse response:

If you apply a linear differentiation operator, i. e. satisfying Linear system axioms (the standard derivatives are linear, but in some cases, to limit noise influence, for instance in image processing, non-linear derivative schemes are used), and the filter (or kernel) $h $ is linear too, they "should" commute. In other words: $$ \frac{\partial}{\partial t} (h \star x) = \left(\frac{\partial}{\partial t} h \right) \star x \,.$$ In practice, doing both operations successively: 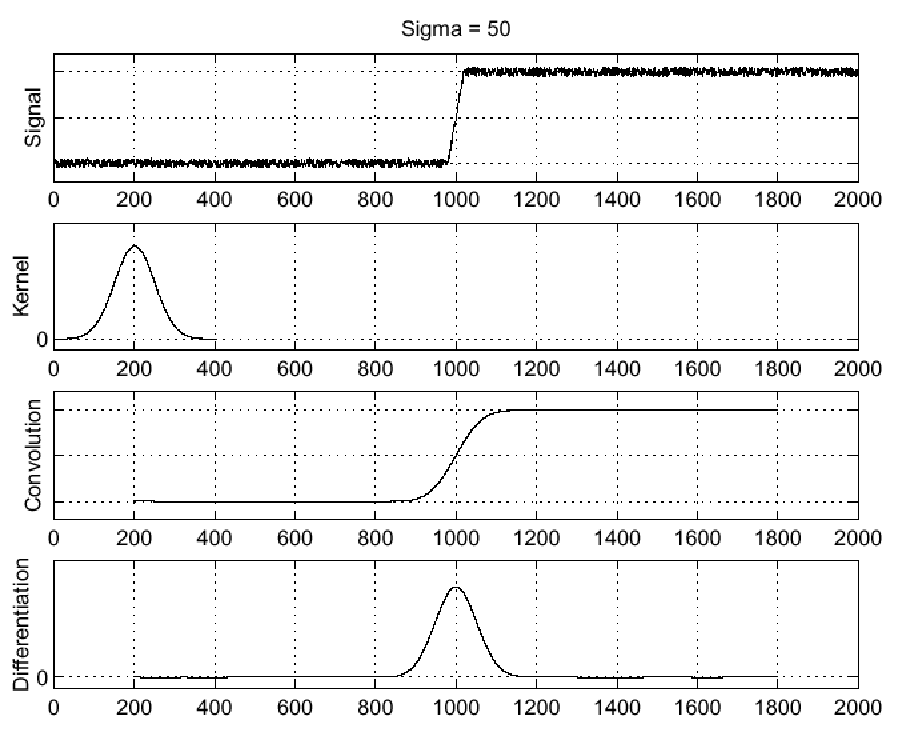 does the same as performing the two operations simultaneously: 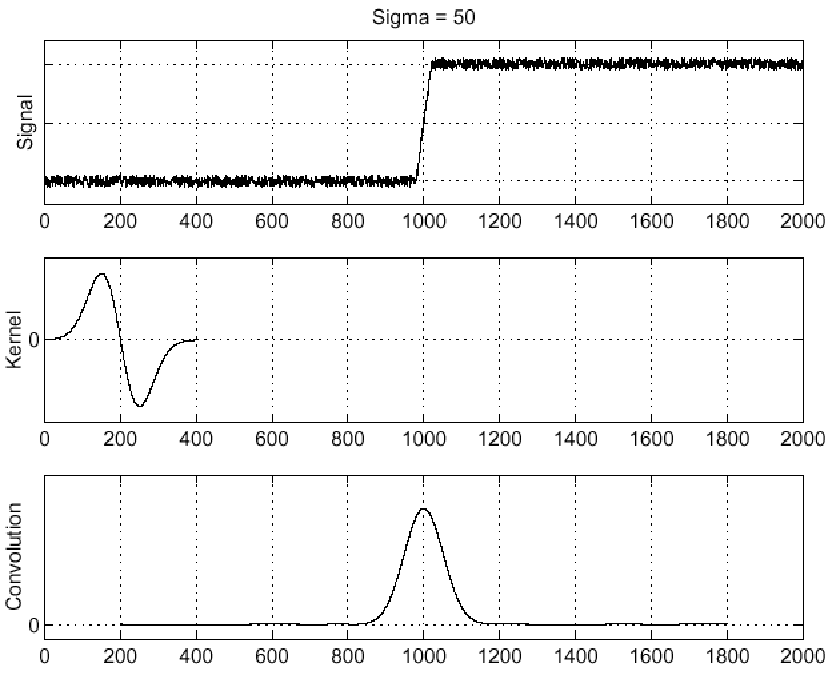 As @Jazzmaniac said, an implemetation might yield slight difference, for instance at both ends of the signal, especially with IIR filters (or IIR derivatives). Indeed, they assume what the signal could be on the left and the right. Filtering then differentiating is generally safer. However, when the signal is almost flat on the border, but non-zero, differentiating it might flatten it to zero, providing an effect similar to apodization, resulting in smaller IIR overshoot at the ends.

Not the answer you're looking for? Browse other questions tagged filters filter-design derivative derivation or ask your own question.

0
Turn acausal Butterworth output into output of a causal Butterworth without input signal
0
Higher order filters
0
Parameters of Butterworth filter that approximates the amplitude response of a Gaussian filter?
1
High / Low Pass Filters from Zero
2
Frequency response of numerical differentiation by polynomial interpolation / finite difference
0
How is the formula of the cutoff frequency of a 2nd order Butterworth low-pass filter derived?
1
Validity of differentiation property of Fourier transform
0
What is the difference between FIR1 and FILTFILt in MATLAB?