Why do we really split pulse shaping between the transmitter and the receiver?

EDIT: There was a small error in my code when plotting the Squared RC. Below is the correct frequency response, and clearly RC² doesn't fulfill Nyquist's criterion. 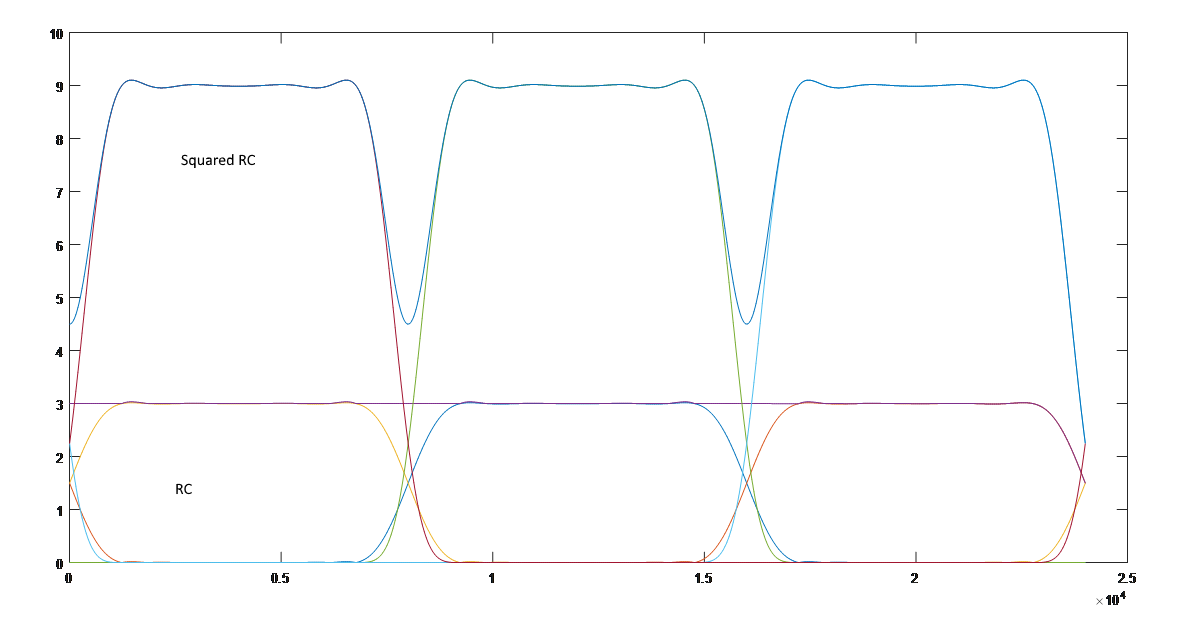 So first let me start by asking if using a Raised Cosine filter at both the transmitter and receiver (matched filter) gives a response that is ISI free? (Assuming an ideal channel)

In other words is the SQUARED (not root-squared) frequency response of RC $H_{RC}(f)^2$ still fulfills Nyquist's ISI criterion?

I avoided a direct derivation since the mathematical expressions are quite intimidating so I turned to Matlab and quickly plotted the frequency response of both the RC & RC squared and tried to calculate: $\sum H(f-k/Ts)$ and check if it's constant.

The graphs show that both $H_{RC}(f)$ and $H_{RC}(f)^2$ add up to a constant after performing the previous operation. Moreover I performed an ifft on $H_{RC}(f)^2$ and plotted it and it seems to have zeroes at $kTs$ (for $k\neq 0$) just like the RC time domain function. 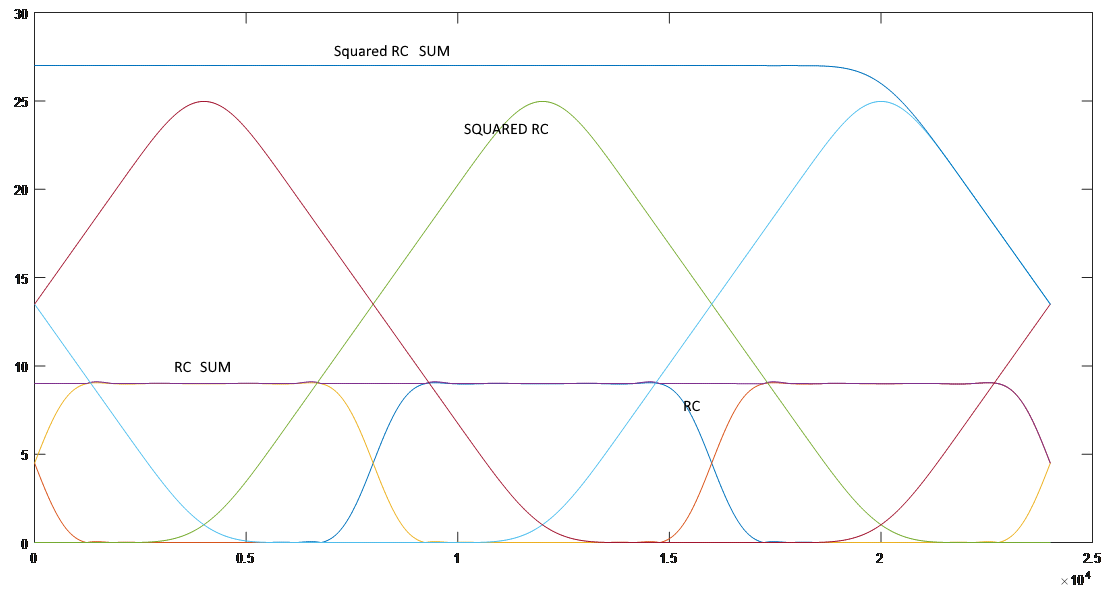 So bets are, if my Matlab code is correct, that RC² fulfills Nyquist's criterion. Am I missing something here?

Now if the RC² is also ISI free, why wouldn't we use an RC at both the transmitter and receiver? Why do we turn to a root-raised cosine instead?

Why did we go from an RC to a Root-RC? Most textbooks say it's to split the filtering between TX & RX and to get an overall ISI free response but the same could be done with a RC filter.

There must be something wrong in your code because it's quite straightforward to show that the squared frequency response of a raised cosine pulse does not satisfy the Nyquist criterion.

Now if you square the frequency response you get the following expression in the region where two shifted spectra overlap:

which is not constant, and which proves that the squared frequency response of a raised-cosine pulse does not correspond to a Nyquist pulse.