How to match a thumbnail to an area in the original image?

Here are my thoughts on the matter so far:

I suspect that feature detection is required to make this work, but I don't know where to start. Partial answers are acceptable, but if this is an easier problem than I think it is, please do give it a shot. Any language is fine, but the implementation should not rely on proprietary software, and Python or JavaScript are tentatively preferred.

I've put together a sample set of 30 images from my current project for testing potential algorithms. I tried to include a variety of images to challenge any feature-recognition approach. All selections in this collection have been downscaled to the intended thumbnail size of 300x300 after cropping. I included an info.csv, which contains id,x,y,w,h representing the coordinates and dimensions of the original selection relative to the full-sized image. These values were obtained by applying Deep Zoom coordinates saved from the source tiff files to the full images. Due to floating point inaccuracy, w and h differ by one pixel in three cases (13, 17, 21). These images were included intentionally to test how your algorithm might handle accuracy concerns. A second info_ur.csv includes unrounded values for reference.

Finally, here's an illustration of the four cases such an algorithm might encounter: 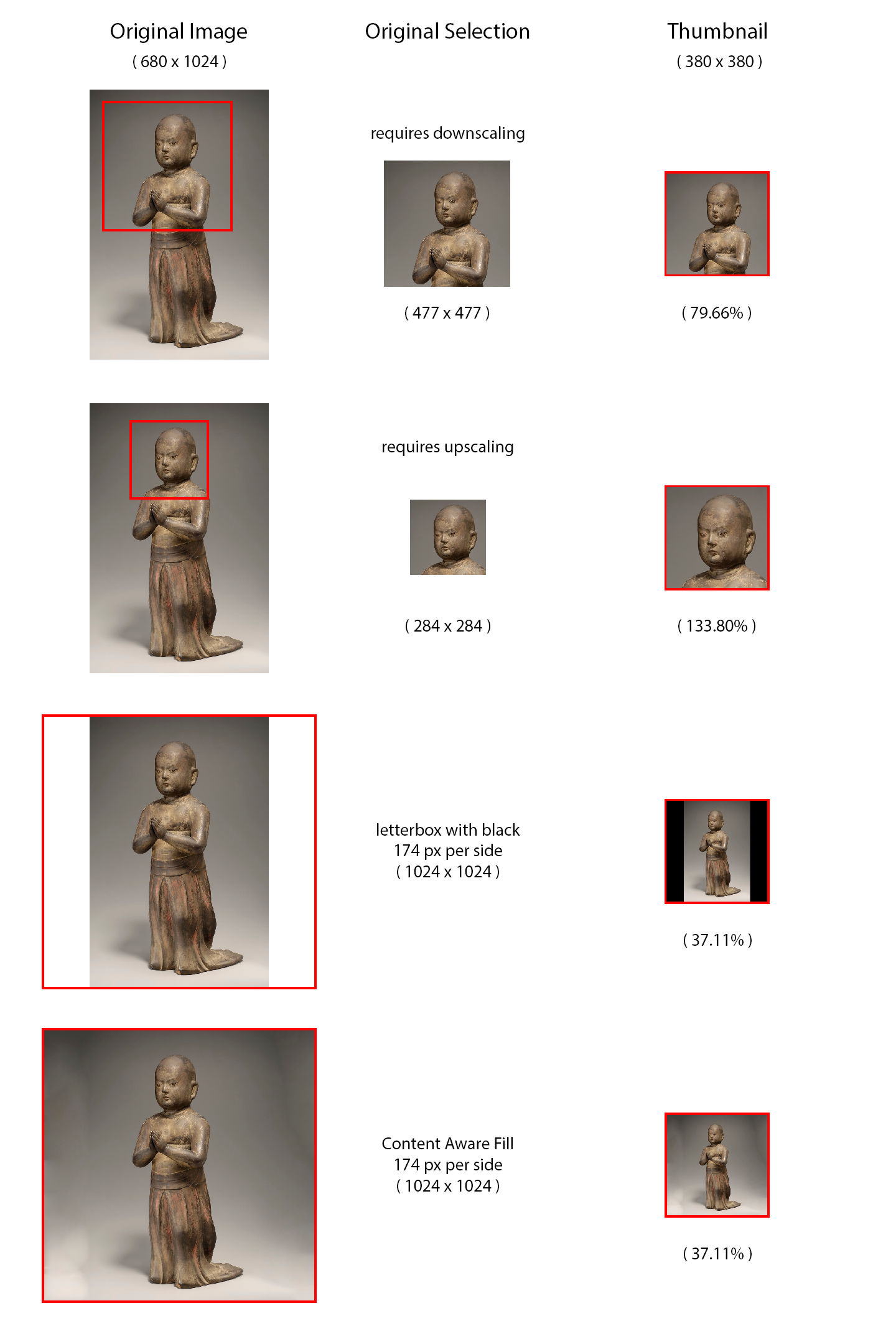 Browse other questions tagged image-processing computer-vision local-features or ask your own question.

9
Image Processing Prior to Feature Detection
0
What is the standard way to handle images of different sizes for classification?
0
Image warping - how to proceed
2
Decompose an image into better compressible components
3
Triangle-kernel filtering problems at non-integer ratios
1
What image processing operation should I use to remove fuzzy black area
3
Are the FFT coefficients symmetric in image processing?
0
Brightness equalization between different images
2
How would you interpret the pattern in this picture? (generated by re-sorting pixels based on their RGB value)