How to write lowpass filter for sampled signal in Python?

The frequency response for the filter designed using the butter function is: 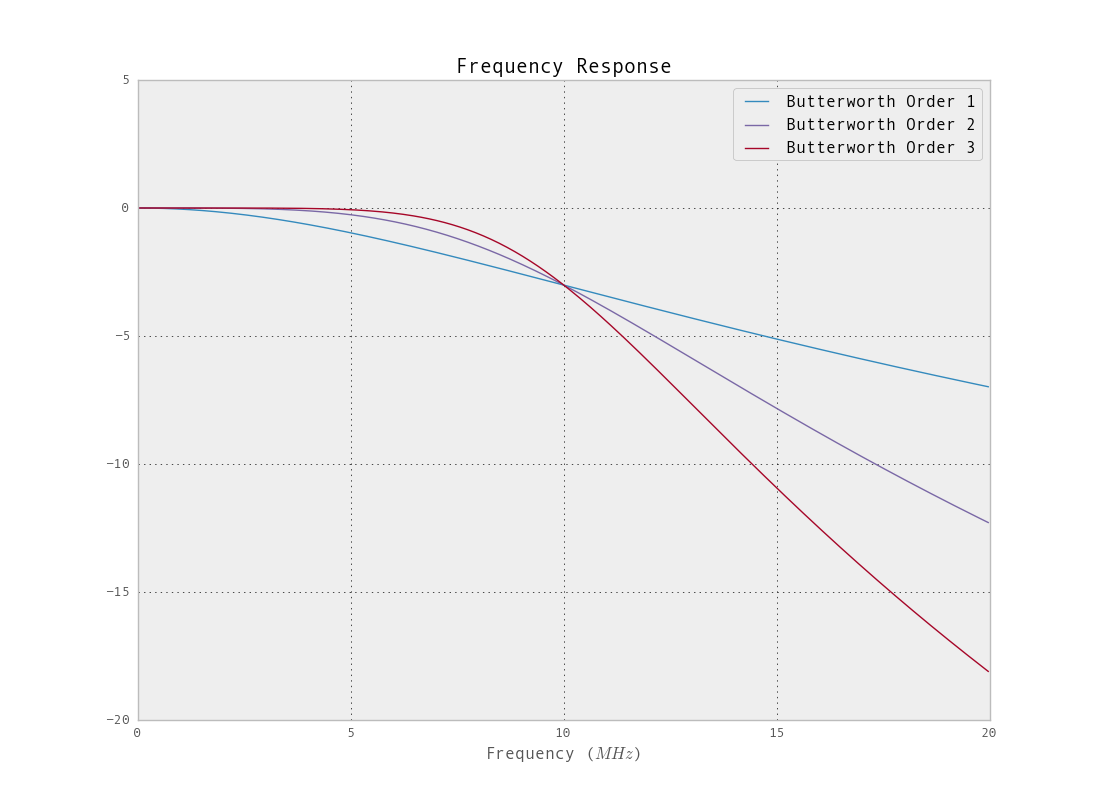 But there is no reason to limit the filter to a constant monotonic filter design. If you desire a higher attenuation in the stopband and steeper transition band, other options exist. For more information on specifying a filter using iirdesing see this. As shown by the frequency response plots for the butter design the cutoff frequency (-3dB point) is far from the goal. This can be alleviated by down-sampling before filtering (the design functions will have a difficult time with such a narrow filter, 2% of the bandwidth). Lets look at filtering the original sample rate with the cutoff specified. 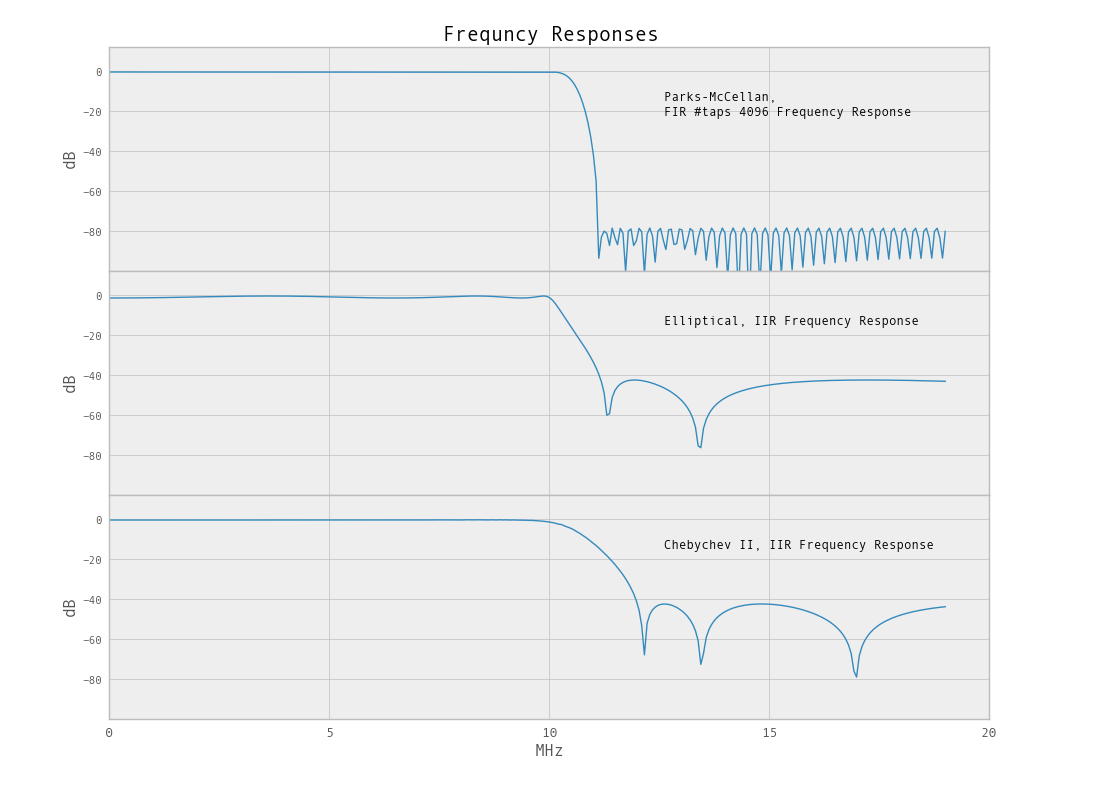 Note the resample function will perform filtering to prevent aliasing. Prefiltering can also be perfomed (to reduce aliasing) and in this case we could simply resample by 100 and be done, but the question asked about creating filters. For this example we will downsample by 25 and create a new filter

If we update the design parameters for the FIR filter the new response is. 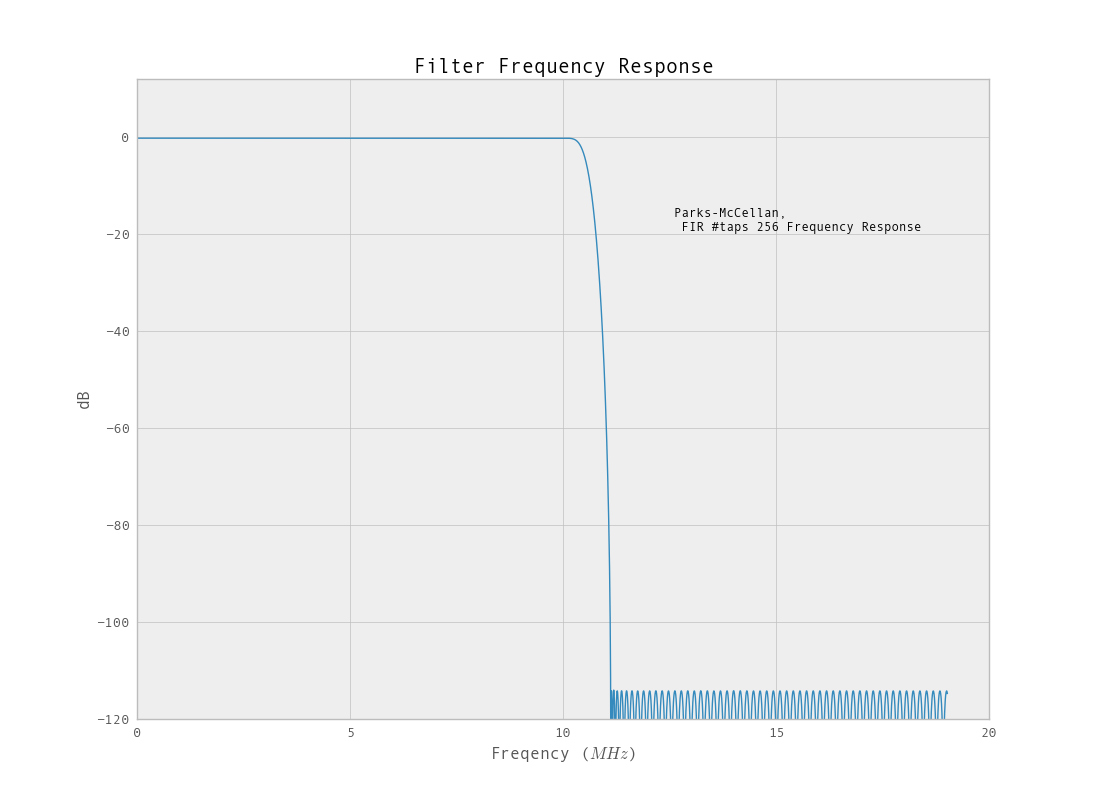 The filter operating on the downsampled data has a better response. Another benefit of using a FIR filter is that you will have linear phase response.

You're right, though, the documentation is not very complete. It looks like butter is a wrapper for iirfilter, which is better documented:

N : int The order of the filter. Wn : array_like A scalar or length-2 sequence giving the critical frequencies.

Most of this stuff is cloned from matlab, though, so you can look at their documentation too:

the normalized cutoff frequency Wn must be a number between 0 and 1, where 1 corresponds to the Nyquist frequency, π radians per sample.

I added documentation for these functions. :) Github makes it easy.

Not sure what your application is, but you may want to check out Gnuradio: http://gnuradio.org/doc/doxygen/classgr__firdes.html

The signal processing blocks are written in C++ (although the Gnuradio flow graphs are in Python), but you did say high performance is important.

I'm having good results with this FIR filter. Notices it applies the filter twice, going "forward" and "reverse", so as to compensate for signal offset (filtfilt function didn't work, don't know why):

A great resource to filter design and use, from where I took this code, and from where band-pass and hi-pass filter examples can be taken, is THIS.

@endolith: I use the same as you except using the scipy.signal.filtfilt(B, A, x) where x is the input vector to be filtered - e.g. numpy.random.normal(size=(N)). filtfilt makes a forward and reverse pass of the signal. For the sake of completeness (most being the same as @endolith):

filtfilt as also suggested by @heltonbiker requires arrays of coefficients I believe. In case you need to perform bandpass filtering at complex baseband a more involved config is needed but this does not appear to be a problem here.

Not the answer you're looking for? Browse other questions tagged filter-design lowpass-filter python or ask your own question.

3
A Simple Lowpass Filter Behaving so Strangely
0
A question on filters
1
Discrete algorithm for low pass filter
0
Which anti aliasing filter algorithm for efficient audio resampling?
20
How many taps does an FIR filter need?
0
Cascading a filter with itself to form a higher-order filter?
0
How to draw the magnitude plot of a variable slope low/high pass shelving filter? (eg. as a function of cascaded shelving filters)