This question will be more about maths and acoustics, but I assume anybody who does DSP with sound knows the topic. 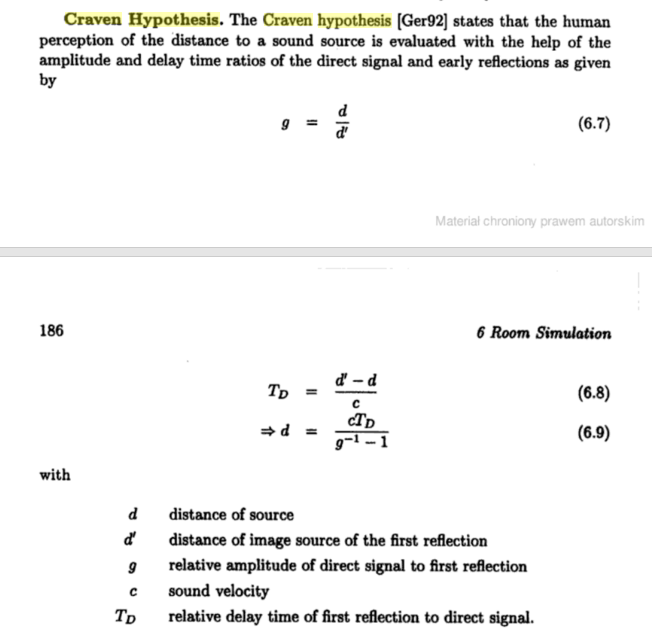 My understanding: Craven was trying to say that as we perceive signals with our ears, we can easily evaluate two things:

Then, he says, our brain evaluates these two and can determine (more or less) the distance of the sound source.

I don't get the thing with g. It's said, that g stands for relative amplitude of direct signal to first reflection.

Shouldn't it be the other way? I mean, shouldn't it stand for "relative amplitude of first reflection to direct signal"? If we assume same SPL at both sources, the source that is further provides a weaker signal, than the one that is closer to the receiver.

If I would know only the verbal description of g, I would expect it to always be greater than 1, as direct signal is always louder than any reflected. 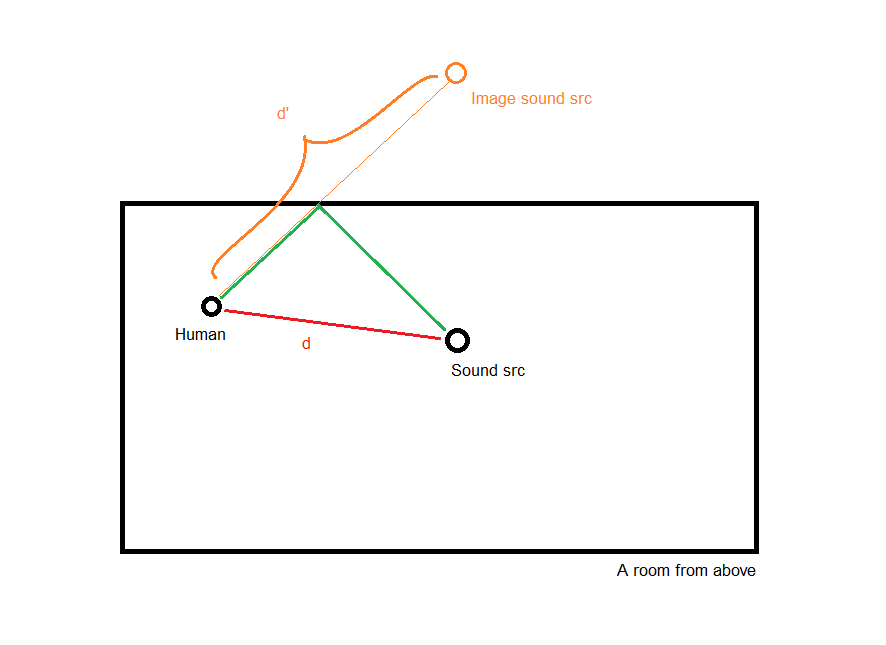 According to inversed square distance law for sound, if we use SPLs, sound pressure level at distance r:

So, if g would stand for the "relative amplitude of direct signal to first reflection" I would calculate:

Question 1.: is there a mistake at my interpretation or in the description in the book?

Question 2.: after all the calculations, when we have the formula for d, that Craven says allows our brain to evaluate the distance of the source, where does brain take the speed of sound from to calculate it? Should it be trained?

Question 2: The brain just hears the time difference and, by experience, can figure out what that means in terms of distance. So the brain has effectively "calibrated" for whatever the usual speed of sound in air is. I find that hearing things under water (where the speed of sound is about five times faster) makes things seem much closer.

3
Acoustic measure of a specific room
0
what is standard acoustic volume
3
Underwater Acoustic Positioning
0
Acoustic record and store devices
4
What is the best method for measuring of room reverberation time?
12
Transmit data through sound between 2 computers (very close distance)
0
How to measure acoustic pressure level under water with a hydrophone?
1
Simulated Room Transfer Function