I am implementing a microphone array simulation in my thesis. My prof and many documents indicates that microphone array behaves like filters in DSP but instead time-frequency domain there exists sensivity-directivity domains. My microphone array directivity responce is a sinc like shape which can be seen below(x axis is angle from -90 to 90 ): 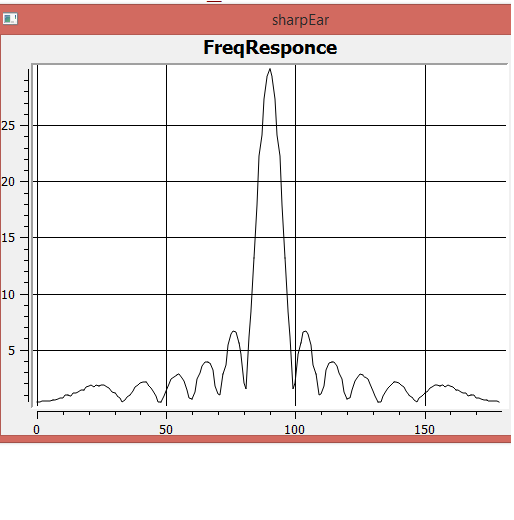 When I took the ifft of such directivity responce I am expecting to get a rectangle. But instead ifft result is : 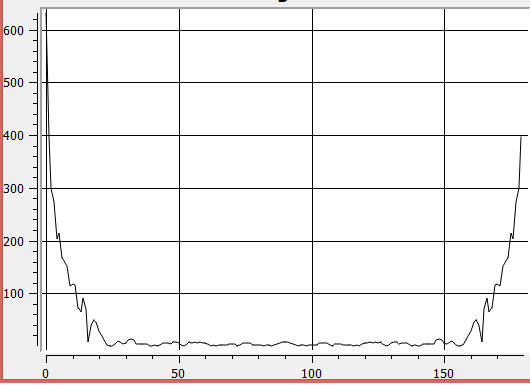 My microphone array composes of 41 apartures and distance between apartures is 10 cm.

My first question after taking ifft I am having 180 bins. How should I assign 180 values to my 41 apartures. Should I just take 41 bins in the middle?

My second question since microphone array directivity responce is a sinc like shape. I were expecting a rectangle like result after ifft. Why I am not getting rectangle?

Your plot shows the magnitude of the array gain vs angle of arrival for the broadside beampattern. Before you can take meaning IFFT of this sequence, you need to follow the following steps.

Also, assuming that the measurement has been made at the design frequency (i.e. sensor spacing $d = \lambda/2$), the result of the IFFT would provide the sequence of sensor weights. The number of FFT bins would only affect the zero-padding around the actual sensors.

I took the liberty of trying the above steps out on a set of data shown below. Note that it is very similar to your top plot. 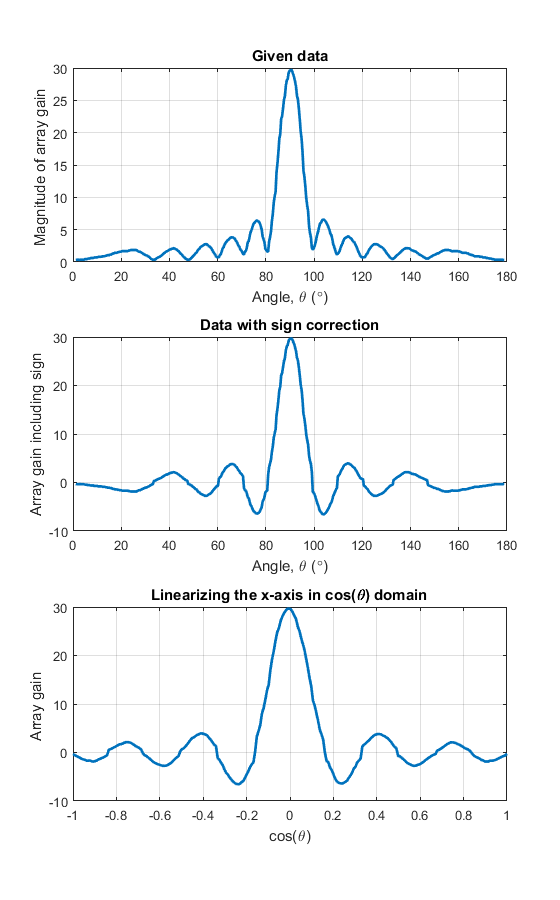 The second subplot shown the result as we restore the sign by inverting the sign of the alternating lobes.

At this point, let theta and gain represent the x and y data in this plot (after sign correction).

The choice of NFFT is arbitrary, but it must be greater than the number of sensors.

The result of resampling is shown in the third subplot above. Notice how it looks more like a sinc function now.

Finally, we are ready for the IFFT. 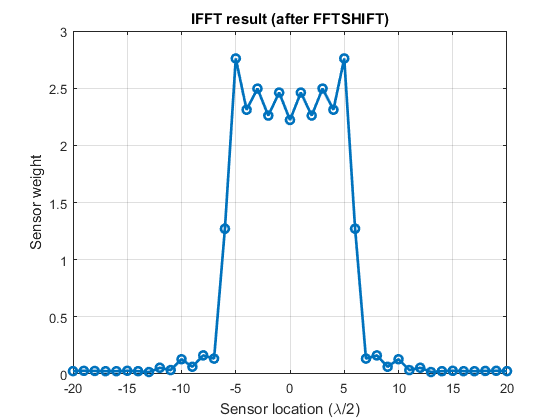 Based on the above plot, it appears that there were 13 sensors in the experiment.

I don't have a lat of experience with microphone arrays (yet).
I have just a bit of experience with windows and i think this is similar. (If not comments are welcome for me to learn about this topic as well)
When i look to just your figure it doesn't have the shape i should suspect what a rectangular window should have. for me it looks more like a shifted Hann window or blackman window or something like that.
Just look at the figures atwindow function at wikipedia

Not the answer you're looking for? Browse other questions tagged beamforming spatial or ask your own question.