Sampling frequency lower than half of sampled signal frequency?

In GNURADIO when RTL-SDR Source block is placed there is a parameter Sample Rate (sps) and Channel frequency.

I can put there for example 32kHz into Sample rate and 107.5MHz into Channel frequency to tune some FM station in my location. FFT block shows a signal of that station in a correct frequency as shown on the picture: 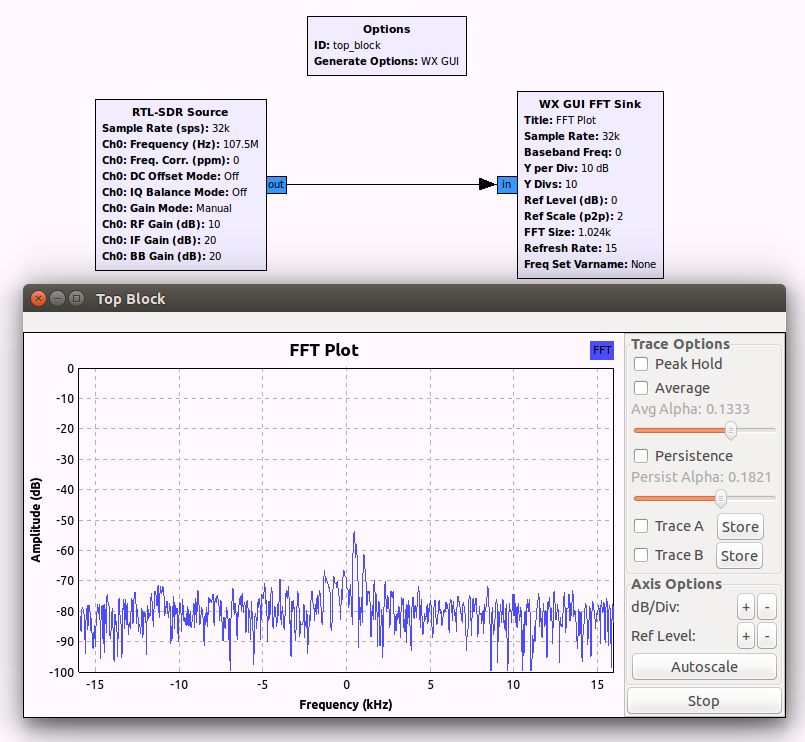 But according to Nyquist–Shannon sampling theorem, Sample rate should be at least 2 times higher than signal frequency, so in this situation I should set at least 215MHz into Sample rate parameter.

Why can I set much lower sampling frequency of a signal and it still looks correctly?

The channel frequency controls the local oscillator on your SDR which is the frequency about which it covers. So you are receiving signals from 16KHz below 107.5MHz to 16KHz above.

The concept you want to look up is called heterodyning. When you modulate (multiply) a signal by a sine wave you end up with two copies shifted in frequency space by the frequency of the sine wave. So in your case, you've told the local oscillator to run at 107.5MHz which shifts the 107.5MHz carrier from the radio tower to 0Hz and to 215MHz though the high frequency version gets cut off by the low pass filter in your radio.

I believe that what you are looking for is Bandpass Sampling. What Nyquist theorem says is that your sampling frequency must twice the bandwidth of your signal - not carrier frequency of it. Hence in FM modulated signals you don't need to take it into consideration.

Not the answer you're looking for? Browse other questions tagged sampling nyquist sdr gnuradio or ask your own question.