How to ensure anti-aliasing in image resampling at lower resolution?

Can somebody, please, answer the following questions

A "1D image" is just a discrete signal. All the classic signal theory applies:

Will such transformation introduce aliasing (and if so, what is the correct way to resample with averaging over pixels?)

So, what happens when you downsample is decimation. The aliases are the "folding" of existing spectrum over the conserved part of the spectrum; imagine you have a signal whose spectrum (for simplicity, assume that's its discrete Fourier transform) is

and you simply throw away half of the samples, the resulting spectrum is

Is there some math procedure, using which I can answer questions like #1 myself?

LPFs are often implemented as Finite Impulse Response Filter (FIR), where you take the current input sample, multiply it with a factor, add a previous input sample (also multiplied with a, possibly different, factor).

As it turns out, your averaging is indeed such an LPF FIR. It has the taps (coefficients) of

Now, such a FIR can be analyzed; it's z-domain frequency response is this: 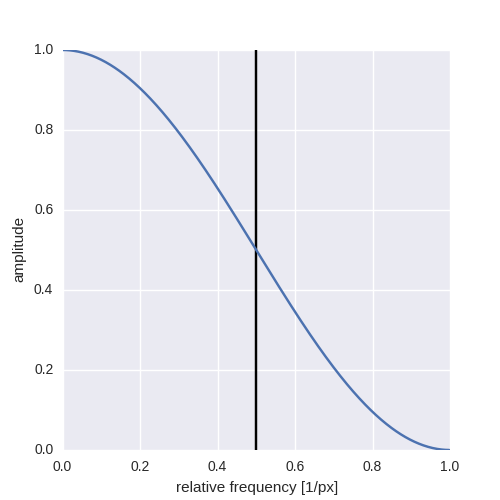 Notice how at the vertical bar, i.e. the point below which you want to preserve and above you want to suppress the spectrum, this only has a value of 0.5; in fact, about 22% of the total pixel "energy" that passes through your filter is in the "upper" spectral half. That's too much, and you'll get aliasing.

You simply might want to build a better filter. This implies you'll add more taps, i.e. more samples right and left of your current sample

There's plenty of tools out there to design filters. Scipy's filter design tools will absolutely do; just design a low pass filter.

For example, I've used GNU Radio's gr_filter_design tool, and specified the passband to end just below the half-band boundary (at frequency $0.45f_{sample}$), and the stopband to start just above that boundary ($0.55f_{sample}$)¹. Suppression should be 30dB, i.e. the magnitude in the $\le\frac1{1000}$ of the passband in the stopband. The resulting filter: 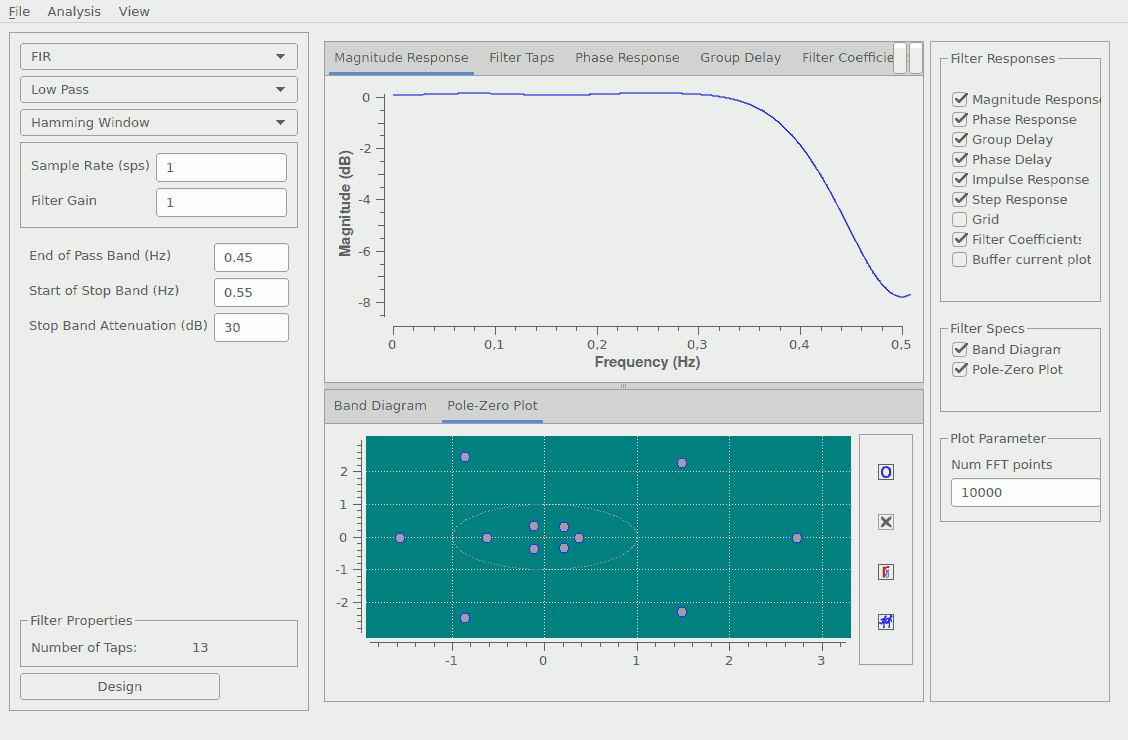 It has 13 taps, i.e. one coefficient for the "center" pixel and one for each of the six pixels left and right of it:

Notice the symmetry (typical for the class of linear-phase FIRs). 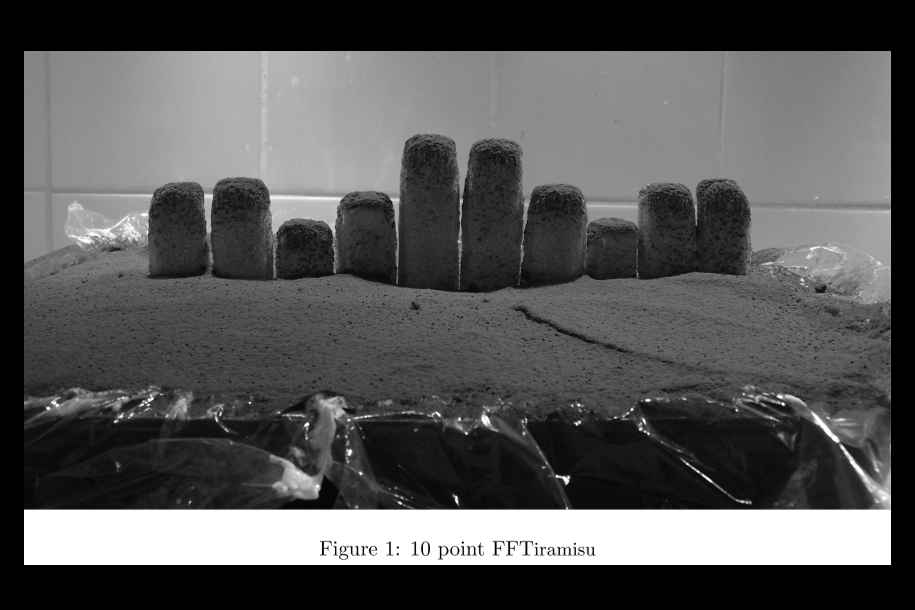 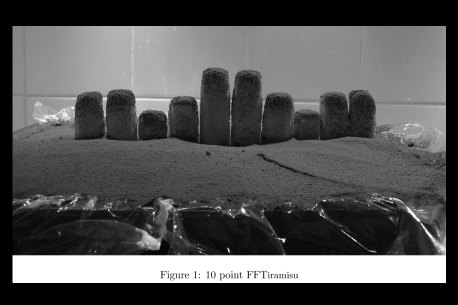 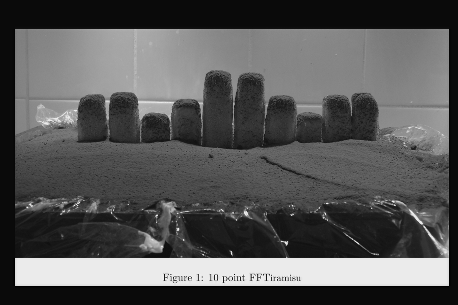 Visual comparison shows that the readability of the text suffers a bit more from the long filter response, while the reproduction of the fine structures of the dark cacao powder atop the tasty, juicy FFTiramisu is is better with the 13tap filter. This is most probably an effect of the filter design (it's a design processed based on the Hamming window). Pre-scaling low pass filters employed by picture processing software often aren't even linear; that makes modeling significantly more complicated, but since sensory input in humans typically has logarithmic charactistics, I presume that hides "border effects" better.

Well, in DSP downsampling is a very common thing to do, so you do with digital filters, as explained above. Don't consider your signal to be continuous; it's not.

¹ FIRs can't have infinitely steep responses. As a general rule, the closer the passband edge is to the stopband edge, the more taps you will need to realize the filter.

Not the answer you're looking for? Browse other questions tagged image-processing resampling aliasing or ask your own question.