I must strengthen my knowledge in the mathematical properties of signals, and would like to know the following thing: 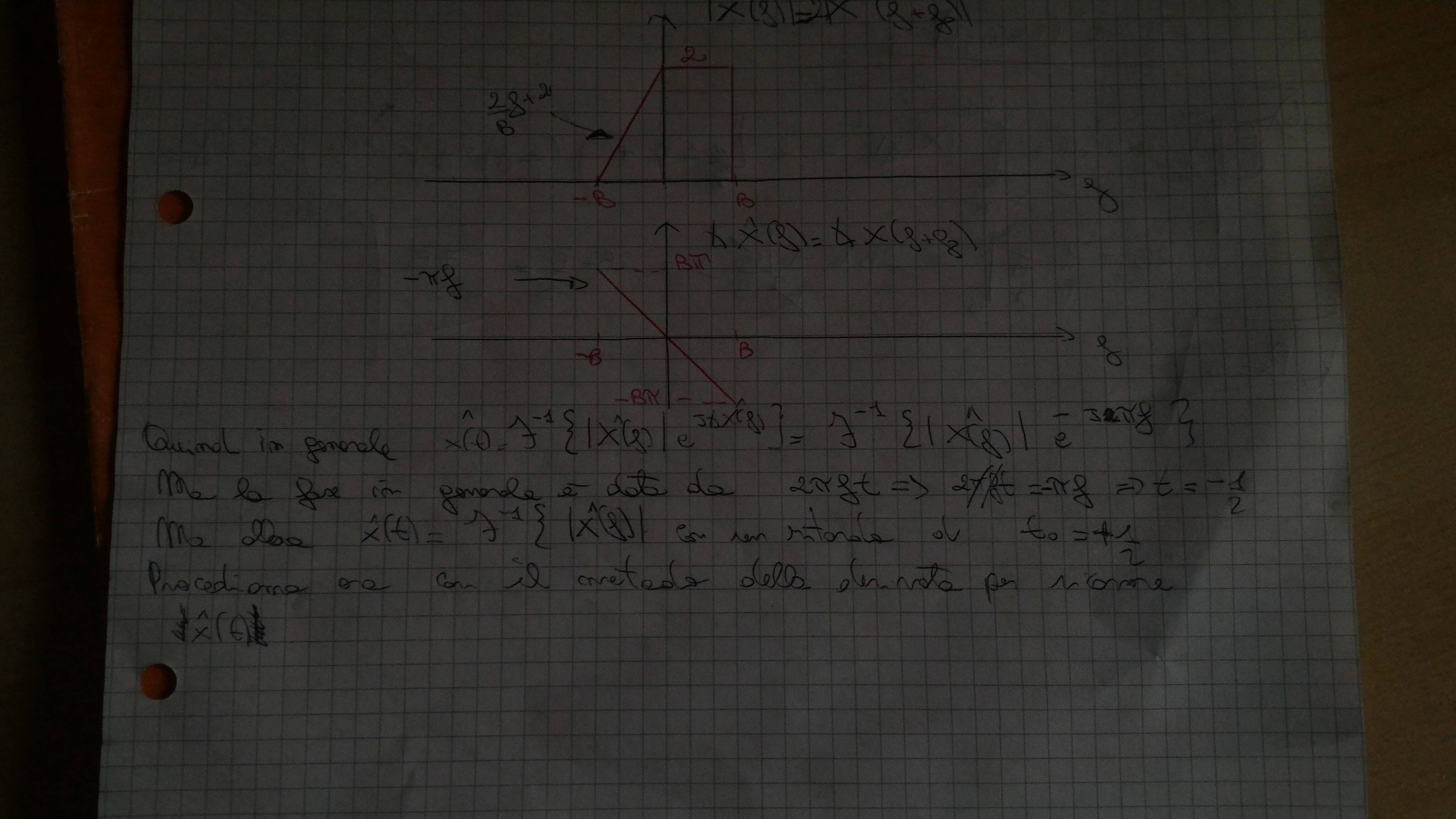 The signal is written in magnitude with a complex exponential with the phase... when I do the inverse transform the exponential is in the time domain a delay ... and this it feels strange that one signal bring with him a delay ... it's like if phase is another signal , that retards the inverse transform of the magnitude. I hope I have explained my question in the right way

A complex signal can be written as $s(t)=a(t)+jb(t)$, which indeed corresponds to two real signals ($a(t)$ and $b(t)$) "embedded" in the single signal $s(t)$. What makes this interesting is that $a(t)$ and $b(t)$ can be easily recovered from $s(t)$. This is true whether you write the complex signal in rectangular or polar coordinates.

Now, regarding how to interpret the phase of a signal. Let's say that the Fourier transform of $s(t)$ is $S(f)=|S(f)|e^{j\phi(f)}$. Imagine that you have an infinitely narrow band-pass filter with center frequency $f_0$. Then, you connect the signal $s(t)$ to the filter's input and see the output in an oscilloscope. You'll see a sinusoidal wave, with frequency $f_0$, amplitude $|S(f_0)|$ and phase $\phi(f_0)$. Here, "phase" indicates the difference, in radians, between a zero-phase cosine $\cos(2\pi f_0t)$ and the sinusoid you see in the scope.

As an application, consider a signal that goes through an LTI system. The system doesn't touch $|S(f)|$ but it modifies the phase $\phi(t)$ -- that is, it changes the phase of each individual sinusoid. If this results in the same delay for each and every sinusoid, then the system output will be a delayed version of $s(t)$. If some of the sinusoids suffer different delays, then the signal at the system's output will be a distorted version of $s(t)$.

You can write the overall frequency response in the format:

where $ \displaystyle A(f) = |X(f)| $ is the magnitude response and $ \displaystyle \phi (f) = \angle X(f) $ is the phase response. You can obtain both through the graphics you have shown in your question (let me know if you have problems about this).

Next you just need to compute the inverse transform.

Not the answer you're looking for? Browse other questions tagged signal-analysis fourier-transform continuous-signals or ask your own question.