Formulas of the Fourier transform family

It has annoyed me that there doesn't seem to be a source online where the complete complex Fourier transform family is presented with every variable defined. The lack of definitions can be a nuisance when the transforms often use same symbols to denote different variables. So, what are the relevant transforms and the equations?

(Note: I will post the answers myself, but feel free to edit the answer to be as clear and concise as possible).

As a complement to the above answers, we can also classify the transformations based on the orthogonality condition(s) used to derive each pair of transformations.

Note: Take caution when dealing with the Delta functions.

Let us assume we are in one dimension, and we are not concerned about existence. There are two ordinal variables: time $t$ in the primal space (could be space), frequency $f$ in the dual Fourier space. Both can be either discrete or continuous. For the sake of simplicity, let us assume that the discrete is periodic. One transform, four ($2\times 2$) possiblities, summarized in the following table:

One can draw the different options (in time domain) as: 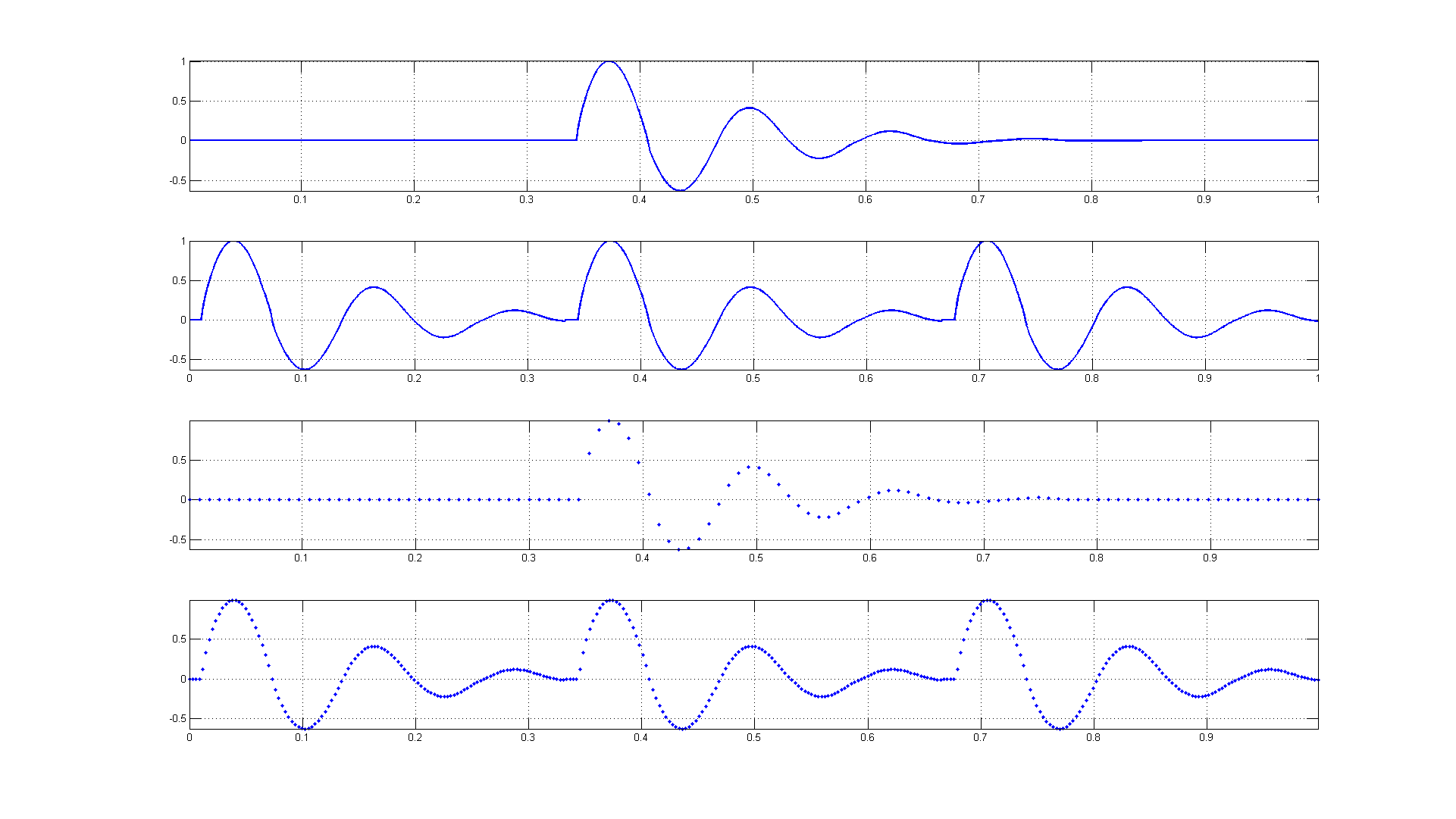 The duality is much more profound that than, if you are interested, have a look at Pontryagin duality, with Fourier transform notes from Terry Tao blog.

$\large \frac{k}{T}$ = oscillation frequency. The multiples of k are the frequencies and corresponding negative frequencies the transform consists of.

$N$ = Length of the window in samples

DTFT representation and inverse transforms to be added.

Not the answer you're looking for? Browse other questions tagged fourier-transform dft fourier-series dtft or ask your own question.