Select talk not music from podcast

I listen to a podcast with interesting talk separated with horrible music. I'd like to rewrite the podcast automatically to delete this "noise".

Edit: the talk and music is not simultaneously, it's talk for a couple of minutes, then a horrible song, then talk etc. Erring on the side of caution is OK, some seconds of the beginning and end of music is OK.

If this is a typical case of a podcast that sounds like a radio broadcast then you could discriminate between music and speech purely based on the "shape" of the spectrum.

I am not sure if there is special software that could handle this but I will provide a simple example using Audacity further below.

The main idea is that a mixed track coming from a variety of different instruments would be expected to occupy a wider range of the spectrum than just someone talking.

Just by visual inspection, a set of "noisy bands" appear in the spectrum view. These are the locations where it is either music played along with someone speaking or just music playing.

To switch to this view, load your podcast into Audacity and then click on its track name and select "Spectrogram".

To achieve the same thing in an automatic way, you would have to create a very simple classifier. The classifier would break down the incoming signal into "chunks" and obtain their spectrum. This is roughly what Audacity does to generate each one of the vertical columns that make up the spectrogram of the sound. The classifier would then "scan" these columns from left to right deciding what each column represents ("Music", "Speech", ..., other?). The decision would be based on the relative amplitude of each harmonic in the spectrum. After this, you could decide to drop or silence those frames that have been characterised as "Music".

But all this means writing some form of code in a programming language (e.g. Python). I can expand this response with the simplest of classifiers that could work for this problem but only if that would be seen as useful (?).

Of course, this technique would work with mixed tracks whose full spectrum (including all their possible harmonics) extends well beyond the spectrum of the human voice. There might indeed be some special cases as mentioned earlier by robert bristow-johnson where the discrimination is much more difficult and more complex techniques would be required but for a generic podcast, just basing the decision on the spectrum might do just fine.

By the way, the podcast I used in this example is this one.

If you had a file of the music they are playing, you could use an adaptive filter to get rid of the the music. But as a fair warning, this will not be an easy venture.

okay so you'll have a little problem quantifying the "horrible" in the music. it's not such an identifiable parameter is this would depict: 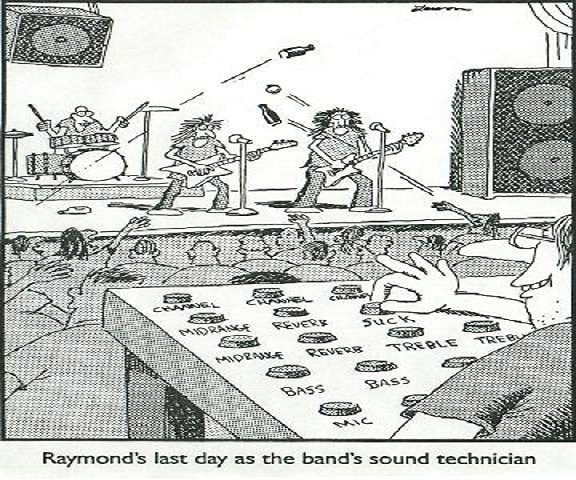 to differentiate a talking voice from any music might be possible with some really good and responsive tracking pitch detection and looking for the inflections of pitch that resemble that of a normally animated talking voice.

Not the answer you're looking for? Browse other questions tagged audio signal-analysis or ask your own question.

10
What are the basic categories of operations performed on audio signals to create interesting sounds?
5
Calculating bpm from machine sound (not music)
0
What's the best method to extract vocals from music?
1
Detecting presence of music in ambient sound
1
How to edit audios so that they have the same length
2
How to interpret these MP3 spectrums?
3
Testing if a signal contains a specific previously recorded signal