I have time series like this one, and I am trying to get the phase information from it. If it matters why, because I need to compute the precision of the cycles and amplitude variability is introducing a lot of "noise" to the signal that I want to get rid of.

Purpose: At the end of the day I want to make an autocorrelation of the signal to compute the Quality Factor.

I tired to approaches, using a Wavelet transform and a Hilbert transform. From any of these to approaches I get a Complex time series from which I can compute the phase, in principle with out amplitude variability.

The problem is that because of the sharp edges of the times series both approaches are failing to get a smooth phase profile of the signal.

I am using the Hilbert transform of Matlab, which uses FFT. The thing is that since the edges are sharp, FFT is failing the get the correct profile of the signal. I have the same problem if I make a FFT and then the inverse transform, I get this type of profiles, in which there are maximums where there are not supposed to be, and of course the phase profile, or the cosine, it's not smooth at all.

Using a Complex Gaussian Kernel, "cgau1" that is the one that work best.

In the figure: Wavelet return and some cuts of the angles.

In the figure: making some cuts for different scales of the angle I get the followings cosine of the phase profile. Which again they are not smooth or they loose cycles, depending on the scale.

How can I get a smooth phase profile, or the cosine of the phase, from a time series with high amplitude variability and with sharp edges?

python or matlab approaches are useful 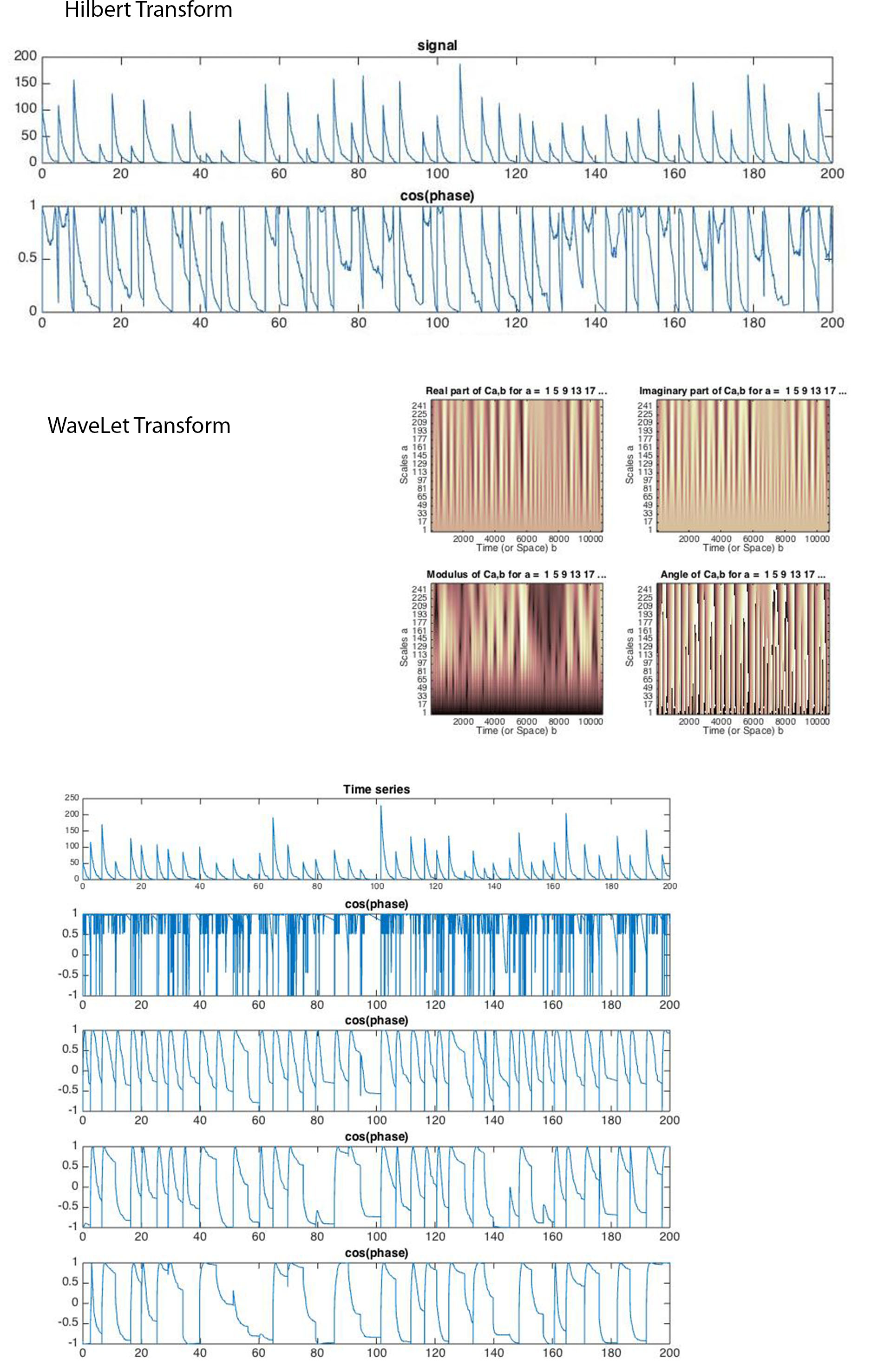 I recently responded to a question elsewhere that shared some similarity with this one, so parts of that are re-used here but you can refer to it for the general idea anyway.

Since most of the information you are trying to capture exists in the phase spectra, you don't really "care" about the amplitude information as long as it doesn't produce any distortions.

Therefore, I would like to clarify that my response at this point is focusing on removing the amplitude modulation...carefully.

The main idea is rather simple: Detect the local maxima and reshape each pulse proportionally so that the amplitude modulation vanishes but the timing (and shape) of the pulses is preserved. The following code snippet contains a lot of inline comments on how this is done. It is in Python but it's not incredibly hard to port it to another language (e.g. MATLAB (?)).

The plots are as follows: 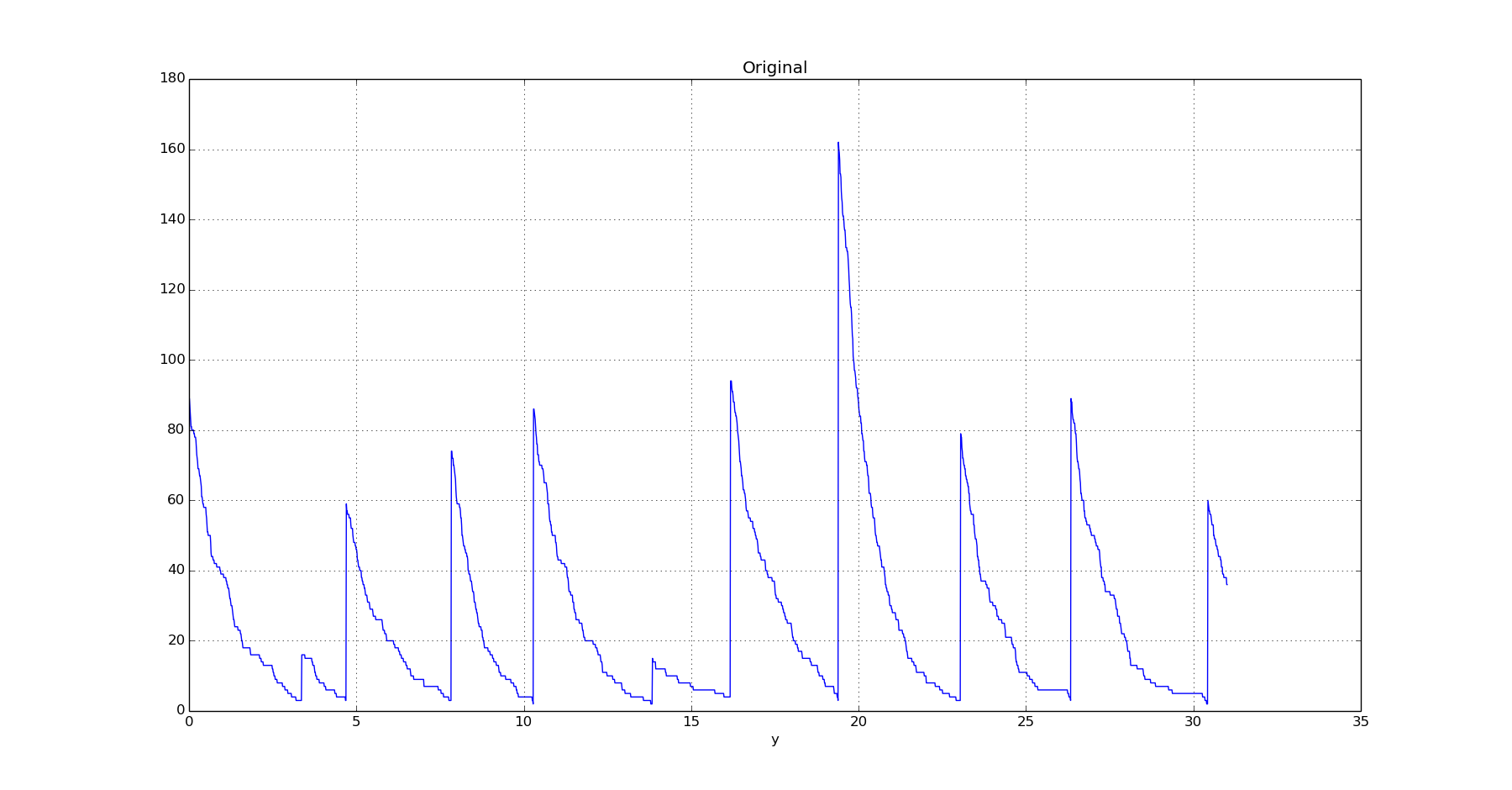 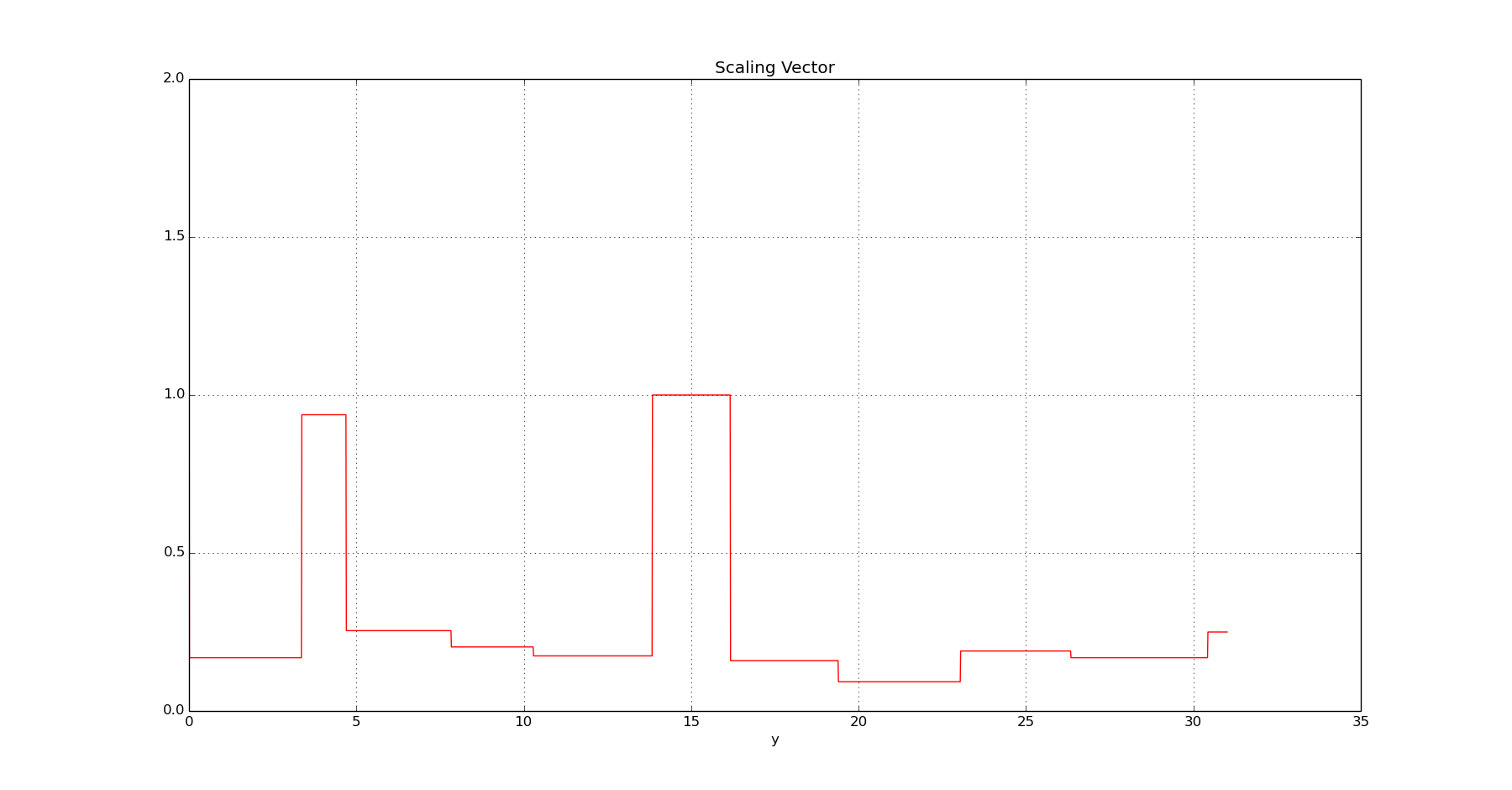 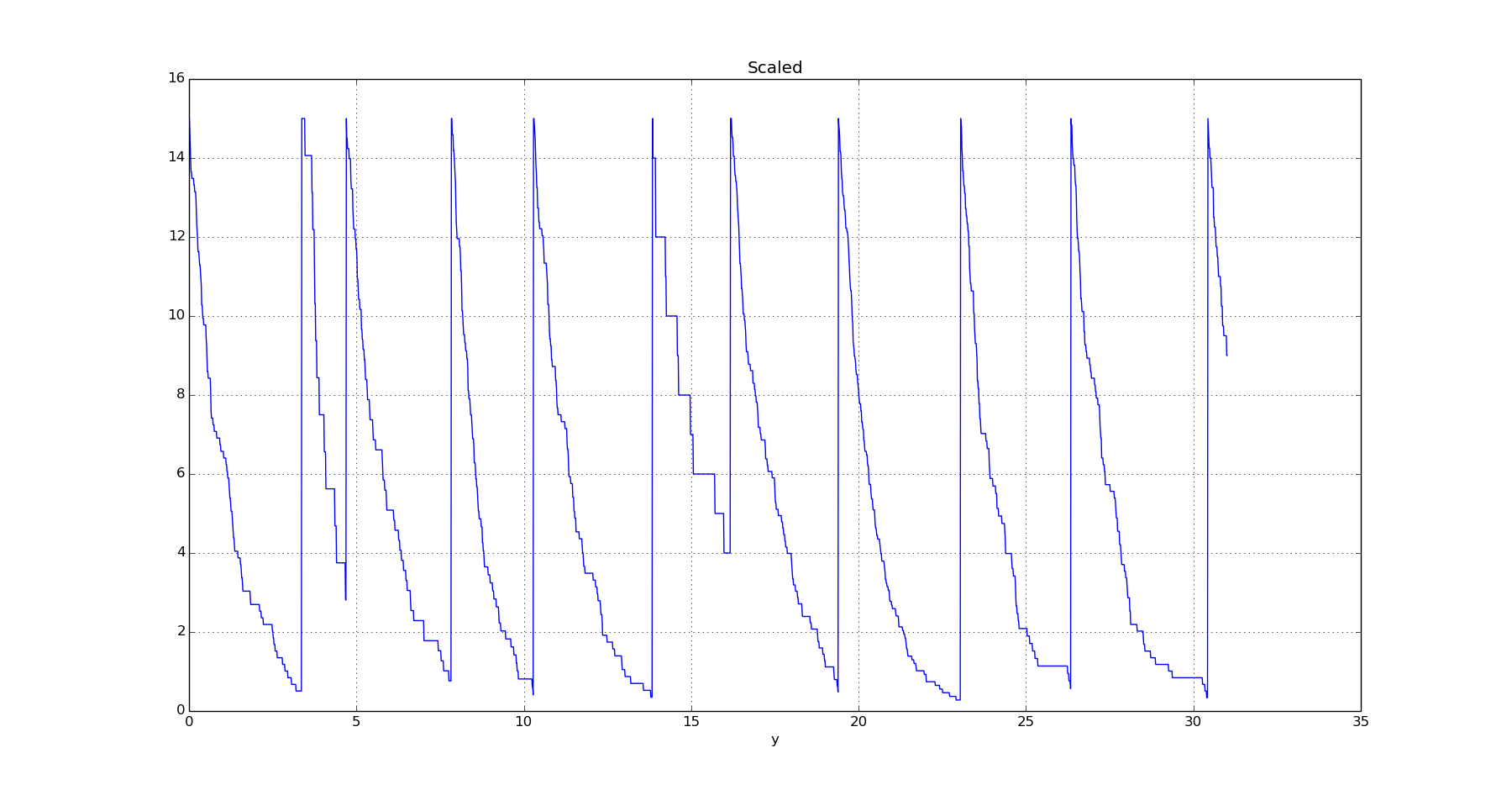 By the way, processed.csv can be downloaded from here.

There is a tiny little problem here with the signal having a floating minimum. I tried to clamp it to zero by subtracting the min from the vector (it is commented in the code at the moment) but it requires more work than this.

So, although the local maxima envelope effect was diminished there is still the local minima which might still carry some effect.

I did not want to do anything more drastic to clamp the minima to zero before checking that this would be alright (?). It would basically take the same "scaling" idea but now applied to the "lower part" of the signal.

0
How to check if Fourier components are in phase of out of phase?
0
Instantaneous phase calculation problems
2
Teager-Kaiser Operator vs. Hilbert Transform
0
Signal reconstruction in FMCW radar
0
What is the minimum number of time points recommended for accurate instantaneous phase estimates using the Hilbert transform
7
Extracting accurate phase and amplitude information from FFT with an arbitrary number of samples
1
How to achieve a smoothed frequency phase response with no outliers
1
Negative instantaneous frequency with hilbert transform using scipy hilbert
2
Why does Phase-locking value show spurious effects at the beginning & end of a signal?