I have a microphone which produces unexpected results when exposed to very loud input. The mic is a cheap electret headset mic and I am recording into a DAW. For very loud, noisy signals (eg. blowing on the mic) I get an unexpected waveform. In the MATLAB plot below, you can see a snippet of about 0.5 seconds of audio which demonstrate what I'm talking about. The signal is clearly clipping at -1.0, but is not getting near the other end of its range at 1.0. 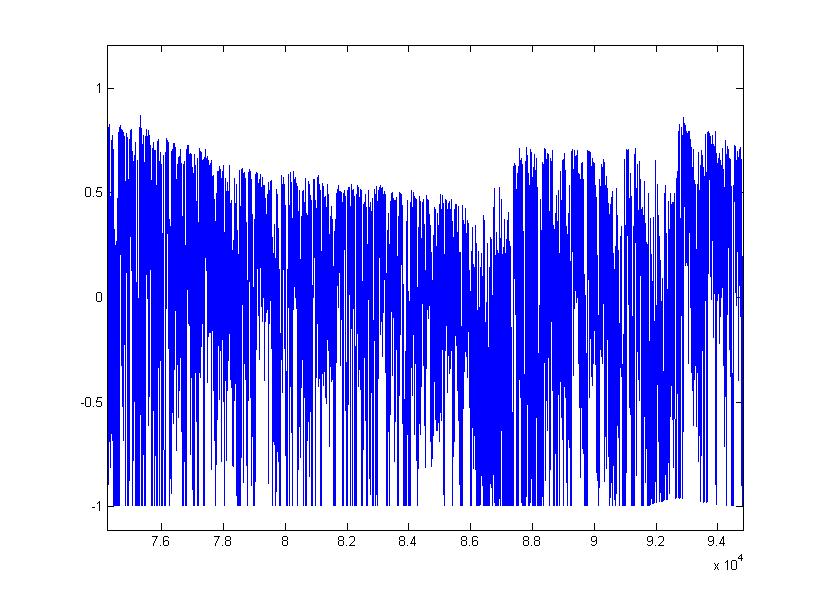 In the same signal, the clipping behaviour can then reverse and start clipping almost constantly at 1.0 and not reaching -1.0. It's as though there has been some sort of wandering, fluctuating DC offset introduced. Can anyone shed some light on what is happening? 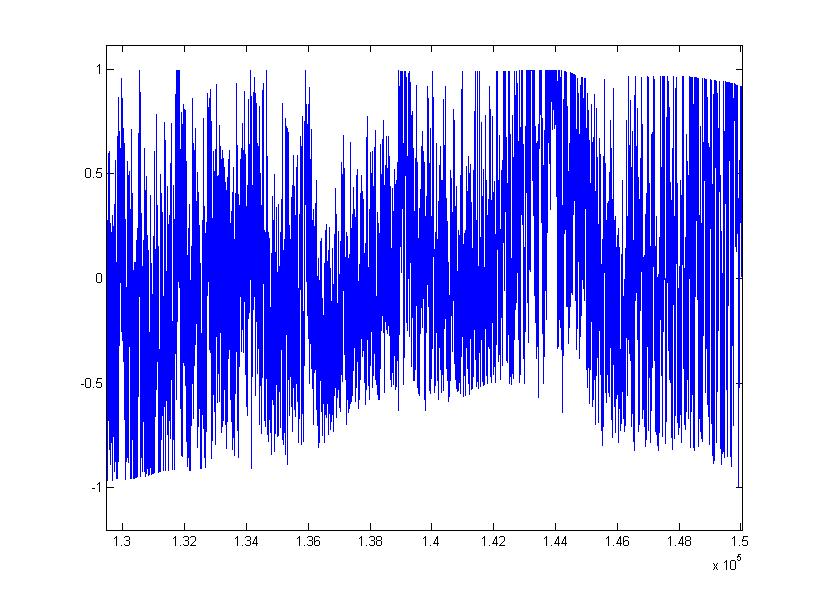 An overview of the analog signal path in a system such as yours:

Because the clipping is hard at numerical values -1 and +1, digital clipping must be taking place. Because it looks like there is hard clipping also at other numerical values than -1 and +1, there is probably hard clipping taking place at more than one stages separated by an alternating current (AC) coupling. Blowing directly into the microphone is quite an extreme disturbance, so there is probably also the 1st and the 2nd kind of clipping going on.

There are a few places in your system where there can be an AC coupling or equivalent:

If you blow into the microphone long enough then the AC coupling begins to see the average pressure level of that as direct current (DC), centering the signal to zero during the disturbance. When you stop blowing it takes some time for the coupling to adapt to the normal atmospheric pressure.

If you want the electronics to recover faster after a disturbance, try adding a capacitor in series with the signal output of the plug-in power supply as yet another stage of AC coupling. The capacitor should be small enough to make the time constant of the resulting resistor–capacitor (RC) filter short enough.