Standard deviation of the spectrum of white noise

I have a temporal signal which looks like $f(t) = t\eta(t)$, where $\eta(t)$ is a white noise with the mean $\eta_m$ and STD $\sigma$. I want to calculate the corresponding spectrum, $F(\omega)$, take its magnitude, $|F(\omega)|$, and finally compute the STD of $|F(\omega)|$ in terms of the given parameters. I have searched some literatures but I couldn't find anything which helps me directly tackle the problem. So, anyone know how to do this, or know which resources you would refer me to? 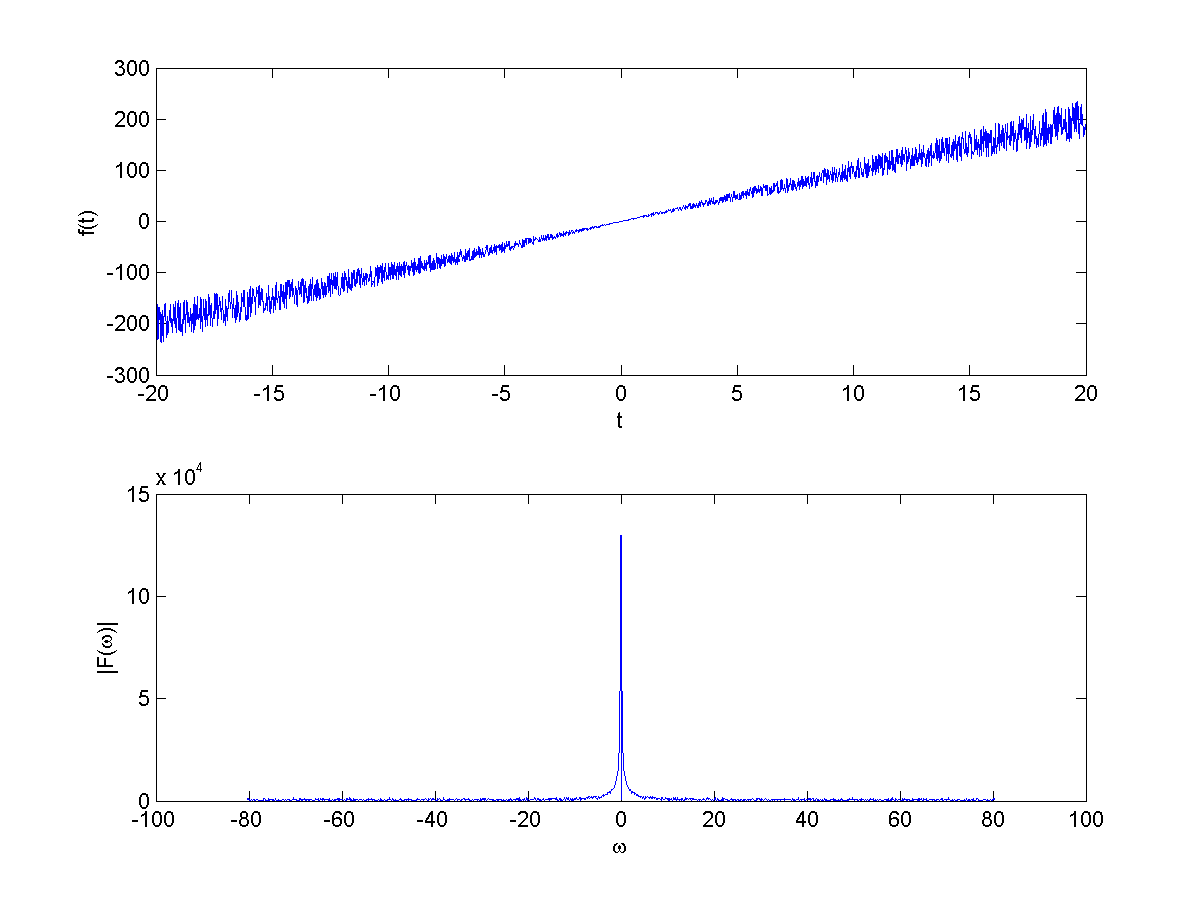 The one below is the histogram of $|F(\omega)|$ excluding some values around the central peak. 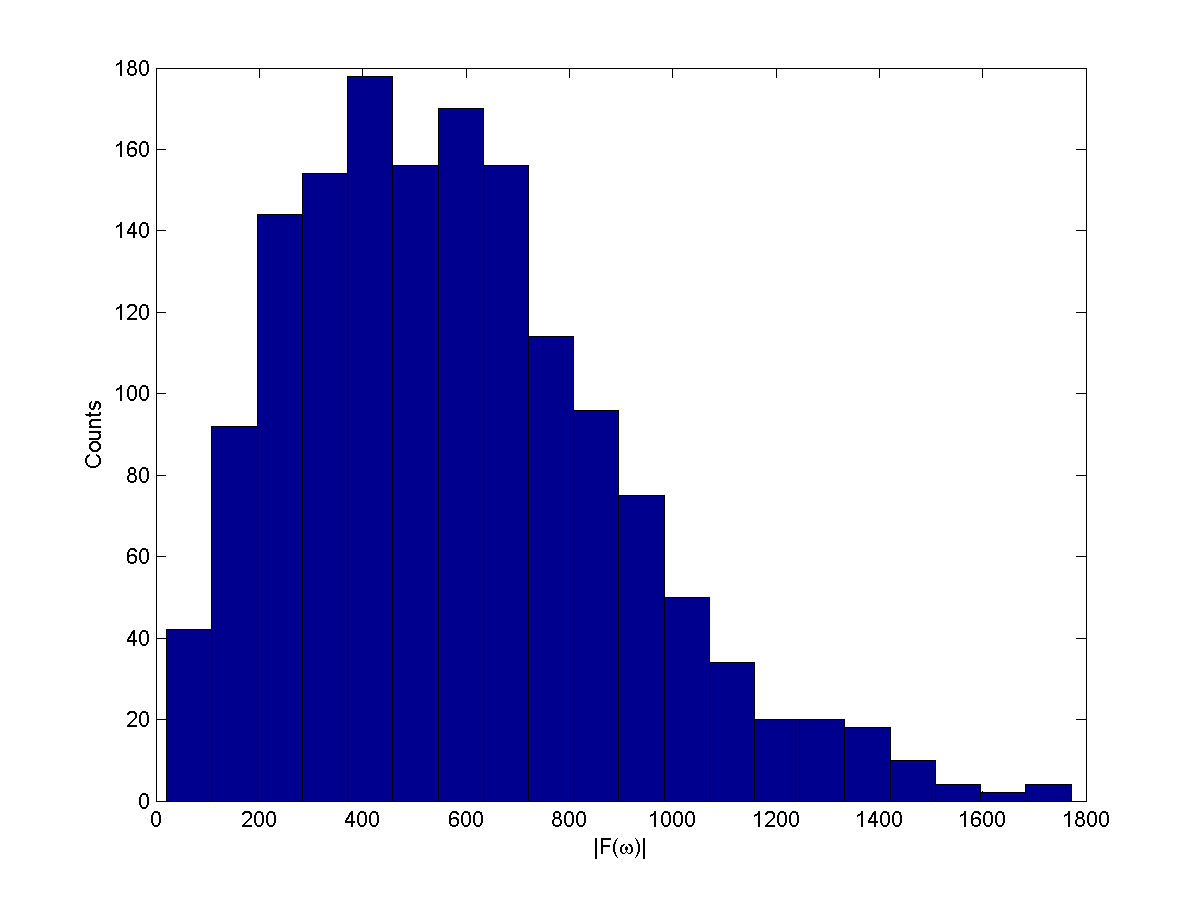 I want to derive a mathematical analysis which can compute the standard deviation of the above histogram.

There are a few misconceptions here and confusion in what you've plotted versus what you've asked. This is an attempt to clarify things.

to do any analysis of a system with white noise in it, you must somehow determine the (single-sided) bandwidth of the system, $B$, and then the power or variance is $\eta B$.

18
What is the phase and magnitude response of white noise?
1
Fourier transform of certain noisy function