Harris and Stephens writes about the interest window of Moravec: "The response is noisy because the window is binary and rectangular", and suggests applying a Gaussian window.

My Question: Why is the response not noisy after applying a Gaussian window? Is it because a Gaussian filter removes noise from a picture, or because a circular window is better for sampling somehow?

I've added a link to the paper you're quoting in the question.

The issue is that both the Moravec corner detector, and the change to it suggested first in that paper: 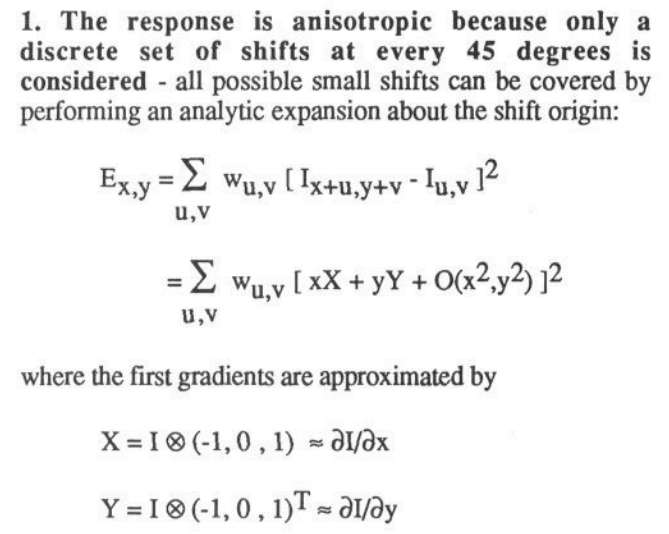 As the paper suggests, the anisotropy of the Moravec detector is why the differential is used, rather than the up, down, and diagonal differences in the Moravec algorithm. The smoothing is introduced to counter the noise issue.

Not the answer you're looking for? Browse other questions tagged local-features detection corners harris or ask your own question.