salt noise in an image

Suppose an image has noise, but it is exclusively salt noise. What effect will dilation have? I am looking for a reference so I can answer this question. anyone has any idea?

To answer your 1st question, dilation will enlargen the white spots in your image over the darker spots, which may be useful if you only have tiny dark salting you would like to remove in your image.

However, you are referring to salt noise, so if the spots were also white crumbs in a dark image, then all you are doing is only making the crumbs bigger, which is what you don't want.

What I would recommend is to use either Opening or Closing, (or both) depending on your application. These are a combination of dilations and erosions so that the minor parts of the image are removed while keeping the original portions of the image intact.

For example, here is an image for a penguin (with salting): 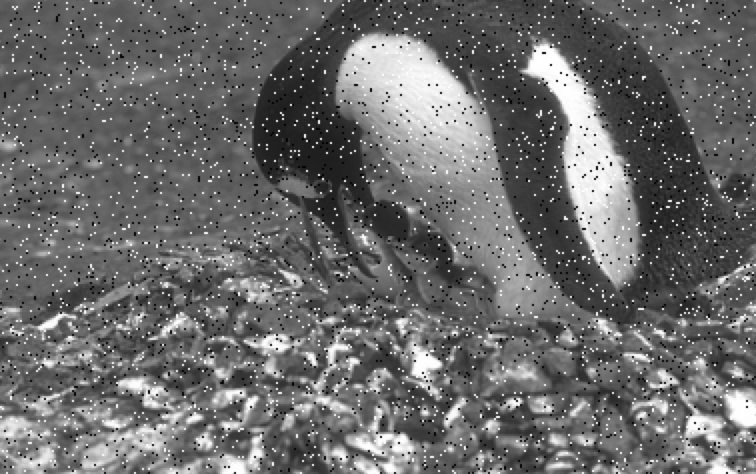 Notice how the image has both black and white salting.

Running both an opening and closing algorithm (OpenCV) on this penguin, we remove the black and white salts, and get a nice, smoother image without the spots: 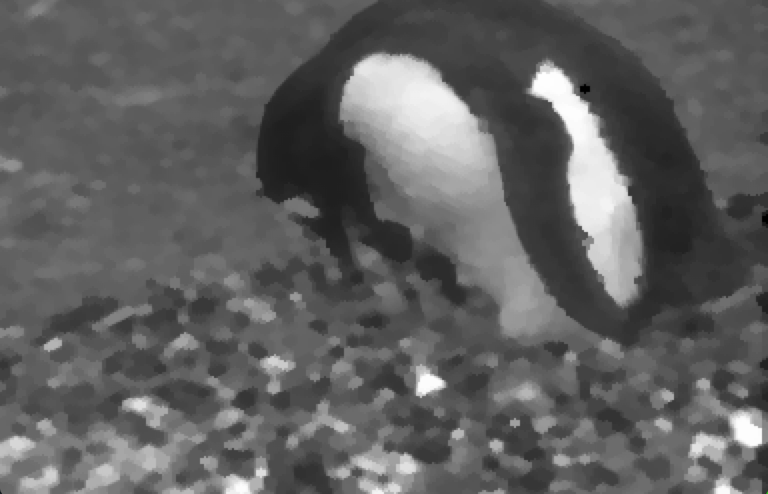 Also, here is my OpenCV code that does this:

Not the answer you're looking for? Browse other questions tagged image-processing noise or ask your own question.

5
How can I measure noise and sharpness of an image?
5
Adding Salt n Pepper noise into an Image manually
6
Applying Photoshop's “Shadow / Highlight” Correction Using Standard Image Processing Algorithms
4
remove spatial sinusoid noise from 2d image
2
Generate projection image by OpenGL or Matlab
2
How to find out whether guassian or salt& pepper noise present in an image, Is there any algorithm
0
What does standard deviation of noise 1 mean?
1
How Does Gaussian Blur Affect Image Variance
0
How to remove striped noise from this image. Which filter or algorithm use better?