What is a frequency bin?

I'm doing a research on the FFT method, and a term that always comes up is "frequency bin". From what I understand, this has something to do with the band created around the frequency of a given sinusoid, but I can't really figure out how. I also figured out how to go from a given bin to its related frequency, but still no intuition on what a frequency bin is.

It's simpler than you think. When we discretize frequencies, we get frequency bins. So, when you discretize your Fourier Transform: $$e^{-j\omega} \rightarrow e^{-j{2\pi k}/{N}}$$ Our continuous frequencies become $N$ discrete bins.

This is exactly why the following is true: $$n^{th}bin = n*\dfrac{sampleFreq}{num(DFT points)}$$ Note that the FFT represents frequencies 0 to sampleFreq Hz.

A frequency bin in 1D generally denotes a segment $[f_l,f_h]$ of the frequency axis, containing some information. It is defined between a low and a high frequency bound $f_l$ and $f_h$. It is related to the series of ranges of numerical value used to sort data in statistical analysis. In higher dimension, it is a volume defined by bounds on each frequency dimension, like an hyper rectangle.

This chunk of the frequency space is often assigned, or "collects", periodicity information like the amplitude, magnitude or energy from a small range of frequencies, often resulting from a Fourier analysis.

Due to data discretization (possibly due to sampling), it is generally not possible to assign a precise amplitude to every frequency location on a real axis. The frequency bin can be derived for instance from the sampling frequency and the resolution of the Fourier transform. However, a portion of the computed amplitude may be attributed to frequencies of the actual signal that are not contained in the bin range. Terms associated to this phenomenon can be leakage, smearing, aliasing, windowing, and depend on the tools used to obtain these amplitudes. An instance is demonstrated on the following figure: a pure sine is sampled, and analyzed through a rectangular window. Although one might expect a single peak, as one would obtain on the full continuous-time signal with a continuous Fourier transform, the peak is not precisely localized with an FFT, and leaks in the neighboring bins. 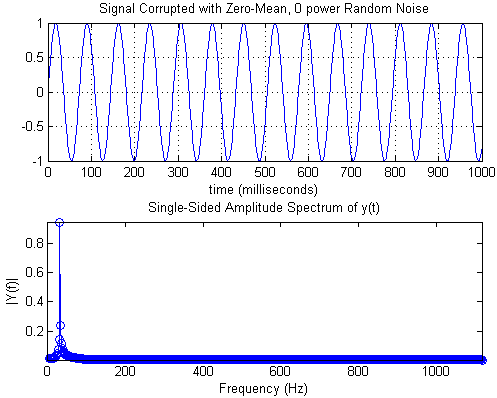 Very often, the segment $[f_l,f_h]$ is referred to as a single frequency, like the mid-frequency $\frac{f_l+f_h}{2}$ or the lowest frequency $f_l$, yet one should not forget it is an interval, not a single number. Classically, the frequency bins are even in size, non-overlapping, and cover the whole spectrum. On occasion, they can somehow overlap, be non-uniform, for instance when this term is used (rarely) for multirate filter banks.

Similar concepts can be found in probability bins.

An FFT is a method of computing a DFT. And a DFT is a transform of a finite length vector which produces the same finite number of results. However the range of frequencies of a sinusoid that can be windowed to a finite length in order be fed to an FFT is infinite. Thus, each result vector element of an FFT is predominately associated with a small segment of this frequency continuum, rather than a point (the FFT bin center frequency).

Sometimes the bins are idealized as fixed width rectangular filters. But the actual shape of each FFT result bin is not a rectangular bucket, but either Sinc shaped, or shaped like the transform of any non-rectangular window function that has optionally been applied. Note that these result bins can be wider in bulk than the distance between FFT bins, with tails (the stopband) that trail off around the full width of the result. These tails are sometimes referred to as "leakage".

From that and knowledge of sampled audio, the highest frequency in the bins cannot be more than half the samplerate (in Hz). Also, according to this stack conversation, 0 is the lowest bin frequency (a.k.a. the DC component). The first link also describes in depth about leakage and compensating for that.

I was working with FFTs today and hopefully this can help. My problem is that I had a sample of sinusoids with different periods. Based on my current level of understanding, I had a 5 hz sample and a higher frequency (I think at 50 hz). 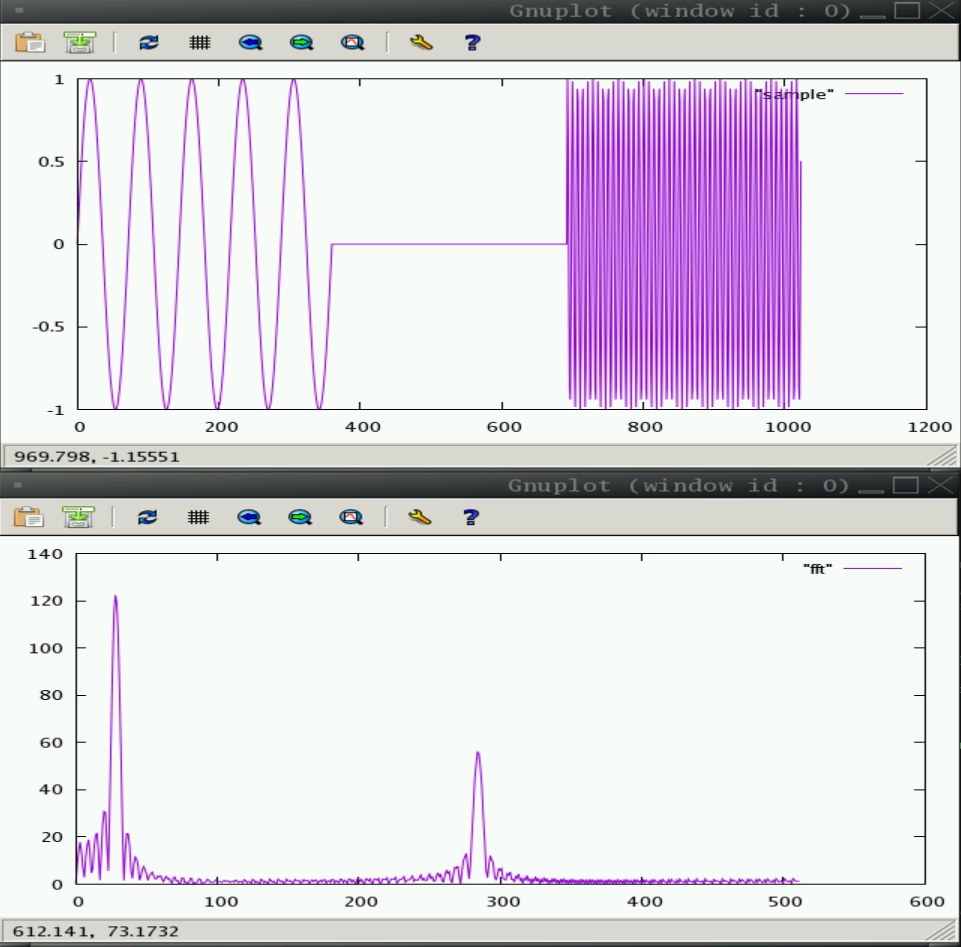 I obtained the formula for the sampling rate from National Instruments
https://www.sjsu.edu/people/burford.furman/docs/me120/FFT_tutorial_NI.pdf

I used GNU GSL for the FFT and GNU PLOT for displaying the waveform. Thank you FSF (free software foundation).

17
Discrete Fourier Transform: What is the DC Term really?

3
Envelope following using FFT bin power -> Low pass effect on the modulation transfer function
2
Estimating the wavelength of a sinusoid
0
Python scipy.fftpack.rfft frequency bin mapping
2
What is 'Normalized frequency in the range [0,1)', à la DTMF & Goertzel algorithm
2
Reflecting negative frequency to positive frequency
2
Why is the magnitude of the second component of my FFT spectrum always the largest one?
0
What is the purpose of the following code?
0
Defining frequency axis for periodogram
0
Measuring Phase Difference at DC bin aliased frequency using FFT