the ROC of a Z-transform for shifted signal 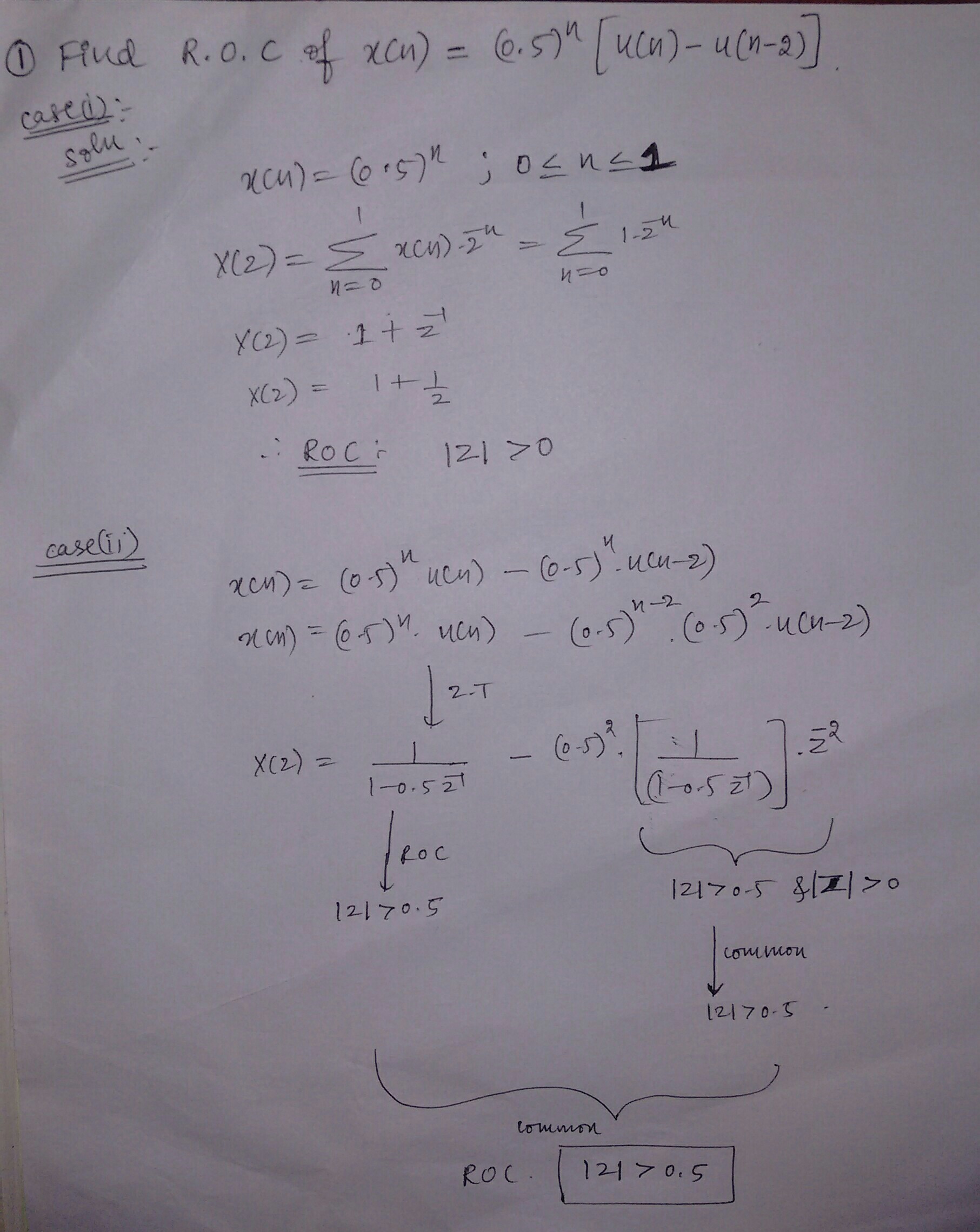 The $\mathcal{Z}$-transform of your signal is

(as you figured out by yourself).

The ROC is obviously the whole $z$-plane except for $z=0$, because there's a pole at $z=0$. Note that the ROC of the $\mathcal{Z}$-transform of any finite length sequence must be the whole $z$-plane, possibly except for $z=0$ (for sequences with non-zero values for $n>0$), and $z=\infty$ (for sequences with non-zero values for $n<0$). So by merely looking at the sequence you could determine its ROC.

The reason why your second method of determining the ROC doesn't work is because when you add the two $\mathcal{Z}$-transforms you get a pole/zero cancellation:

So the restricted ROCs of both functions caused by the pole don't show up in the final result due to this pole/zero cancellation.

Not the answer you're looking for? Browse other questions tagged z-transform or ask your own question.