What is “feature indexing” in image processing?

What does "feature indexing" mean in image processing? does it mean that we assign a number to each row/column of our feature vectors? any precise explain would appreciate.

The idea is that each image generates a series of features, and you want to be able to search all images based on these features. That way, features in one image can be quickly associated with close features in another image.

For example, this slide deck has decided to use four "visual words" to say that each block of images in the figure are "the same" in some sense. 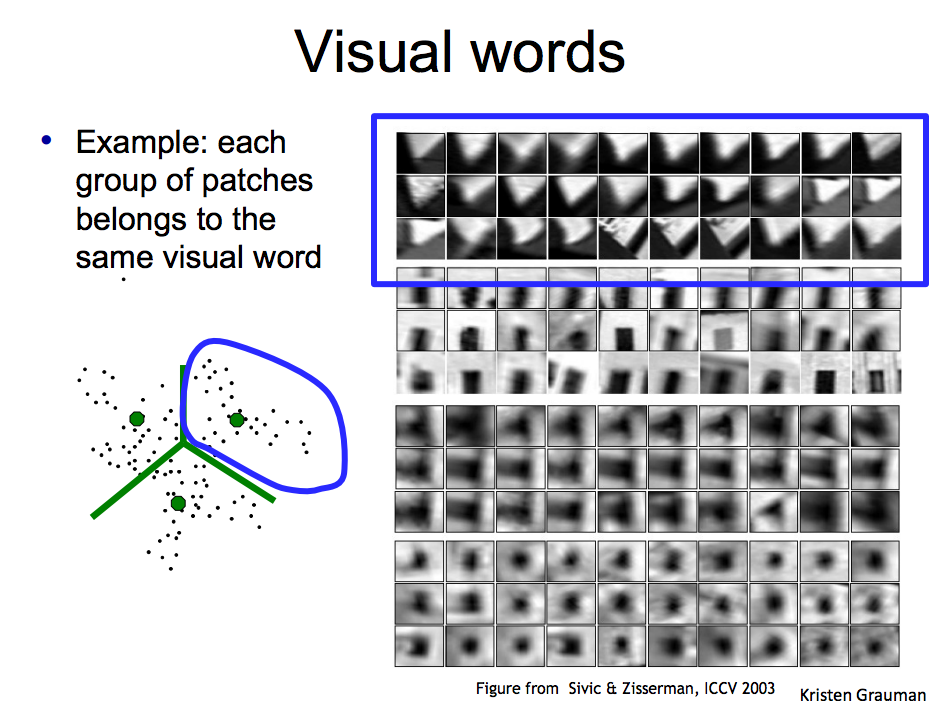 I'm not quite sure what you mean by:

Each figure vector is a series of numbers. What that slide deck does is assigns an identifier (visual word) to each block of similar images (features).

What indexing then does is finds the "middle" of each visual word (group of similar figures) so that other images can be indexed against these words. The green dots in the left-hand of the diagram are the middles for three of the words.