I was given a problem, but I couldn't solve. I did some researches but I still didn't figure it out. Here is the problem:

An audio signal $ s(t) $ is generated by a speaker reflects in a wall with reflection coefficient $ \mu (\mu < 1) $. The signal $ x(t) $ is recorded by a microphone close to the speaker and far from the wall, after sampled, is given by:

Where $ k $ is the delay given in samples due to the echo.

Haven't you already got it there?

The R code below outputs the figure and: 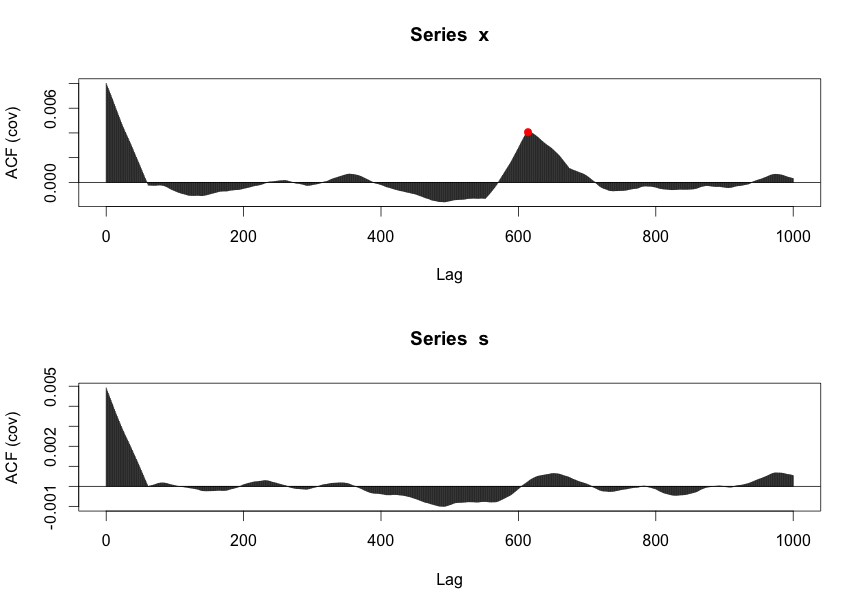