Relation between a Fourier series harmonic component and its power

My question is about the meaning of power spectrum derived from the Fourier series coefficients.

Fourier series is shown below:

Since the Fourier-series above is summing sines and cosines for all the harmonic frequencies to obtain a periodic signal $f(t)$, at a particular frequency the the sine and cosine sum together with offset can be written as:

One can show the Fourier-series coefficient for each harmonic as: 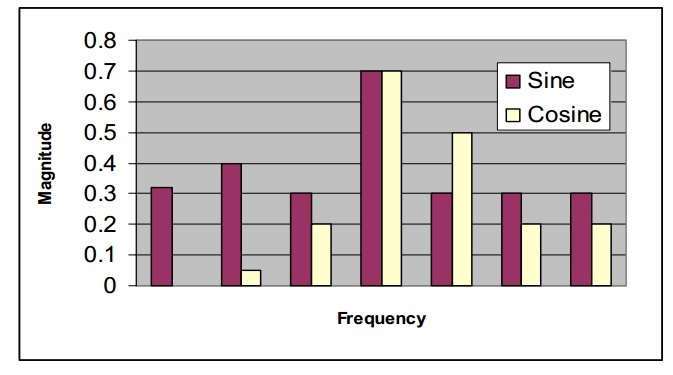 But textbooks shows the power spectrum instead as: 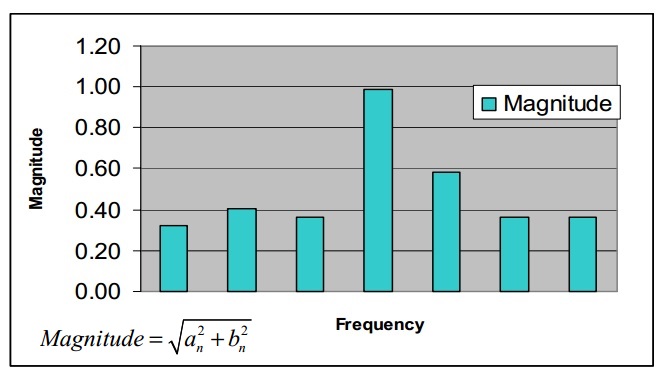 Why is the power magnitude equal to the square root of the sum of squares of the sine and cosine components? How can I derive this:

See first of all, you have confused magnitude spectrum to power spectrum. The figure you have shown in green is not power but amplitude spectrum hence y axis is represented as "Magnitude"

where $a_k$ and $b_k$ are trigonometric Fourier series coefficients and $\omega_0$ is fundamental period of signal x(t).

Now to express the amplitude and phase of the periodic signal in terms of Fourier series coefficients, trigonometric series representation is inconvenient as determining phase and magnitude of spectrum cannot be done directly from the above mentioned equation.

where from the above expression you can see that $M_k$ denotes amplitude at kth harmonic and $\phi_k$ represents the phase of the kth harmonic.

so equating coefficients on both sides we get

now to find magnitude $M_k$, square and add both the above terms, then we get

Now the graph you have shown in green is the plotted $M_k$ values.

Not the answer you're looking for? Browse other questions tagged fourier-series or ask your own question.