When talking about harmonic distortion, or more specifically waveshaping, we say the order of distortion, can be solved from the equation:

Where n is the order of distortion. To my knowledge the complete result of any waveshaping function can be had by summing all of the different orders of harmonic distortion, multiplied with an appropriate index $a_n$.

Be aware that by feeding the equation with $x=sin(\omega t)$, the highest frequency any $x^n$ can produce is $sin(n*\omega t) $. However, higher orders can still produce multiple different frequencies for a sinusoidal input.

Chebyshev polynomials addresses the issue, removing any other frequencies limiting the harmonic distortion to only $sin(n*\omega t)$, producing an orthogonal result. The polynomials are defined as:

Now, since the result of putting any $sin(\omega t)$ through the chebyshev waveshaper is a sine with a frequency multiple of N, it is easy to say that any harmonic signal with the original signal's phase (or inverted phase) can be produced by summing over all the chebyshev polynomials. That is to say, summing over all the polynomials, any waveshaping function can be generated.

As for the question, did I make a mistake somewhere? Particularly I am not so certain that any function can be generated through summing the chebyshev polynomials. Chebyshev polynomials seem to not care about the amplitude of the input sine wave (apart from some DC offset differences), yet I can easily generate a waveshaper function that dose so (any function that is linear near 0 and then changes). Re-framed, can the polynomials generate any possible function? 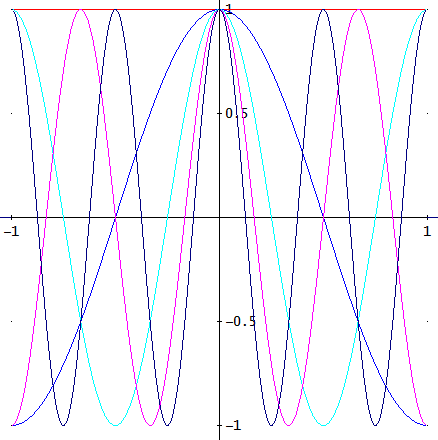 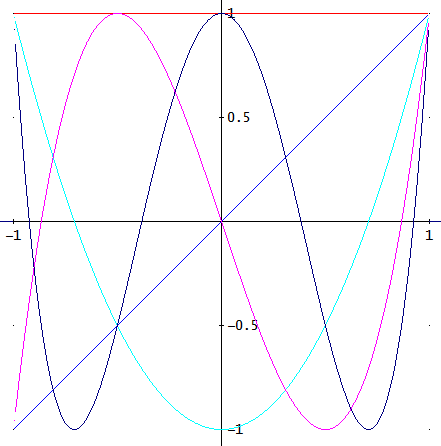 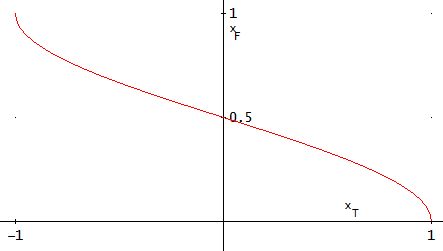 This exclusion of $x_F < 0$ makes irrelevant the constraint that the Fourier cosine series is only applicable to even functions, functions symmetric around $x_F = 0$, meaning that $f(x_F) = f(-x_F)$. The mapping function is well-behaved in the range of interest, so if the Fourier cosine series can represent any even function, then the Chebyshev polynomial series can represent any function.

Not knowing the amplitude of the input sinusoid, it is not possible to control the proportional amplitudes of the generated harmonics by the choice of the waveshaper. For example if the waveshaper is $f(x) = x^2 + x$:

A Chebyshev polynomial series does have the advantage of better numerical stability than a simple power series, and if the amplitude of the input sinusoid is controlled somehow, it can be used to control the level of harmonics in the way you describe.

Not the answer you're looking for? Browse other questions tagged non-linear shape-analysis or ask your own question.

1
Can harmonics be created or simulated a la carte

1
Is it possible to use a Volterra series to generate subharmonics?