Tried HDR Algorithms of OpenCV. Since the algorithm takes pretty much time. I tried few alternative steps as follows.

Can someone suggest how to compensate the difference in them
Tried Exposure Compensator of OpenCV but does not get expected result. 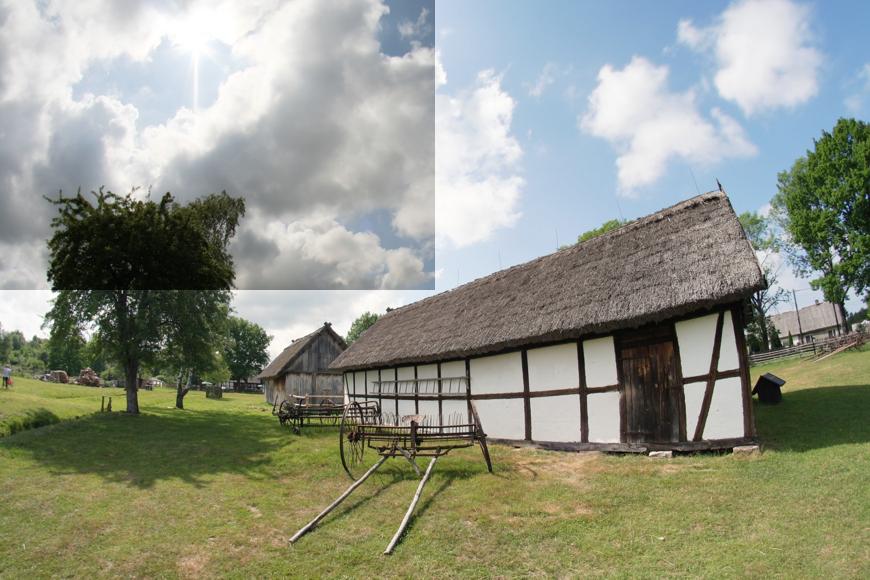 Here is one idea: Merge the HDR images per-pixel using known thresholds for saturation etc. The final image will have pixel values above 256.

Apply a CLAHE (Contrast Limited Adaptive Histogram Equalization, its in OpenCV) to get the final image.

The effect is similar to having a gain which is different in the top-left quarter, and you need to somehow smoothen the discontinuity.

Now you probably want to keep parts of the image far from the discontinuity to look like they do now, meaning with a unit gain.

So to define the gain correction, you can consider a smooth function that equals one in the top-left corner and interpolates the measured function √G along the discontinuity. This looks like a diffusion equation problem. √G is chosen to distribute the discontinuity equally on both sides.

For the rest of the image, the gain correction will be 1/√G along the discontinuity and tend to 1 elsewhere.

In the end, the gain correction field will look like 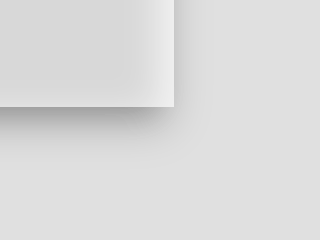 I think the way to go is to rethink your approach in merging these images. I believe you already tried tonemapping and/or exposure fusion in opencv.

You can find a nice list of tonemapping approaches in here

If you want to continue with your old approach, there is not much answer where you should write your own normalization function.

One idea that comes to my mind is to get small kernels inside the regions and find their average illumination relationships and try to preserve them after you merge them.

Not the answer you're looking for? Browse other questions tagged image-processing image algorithms opencv or ask your own question.